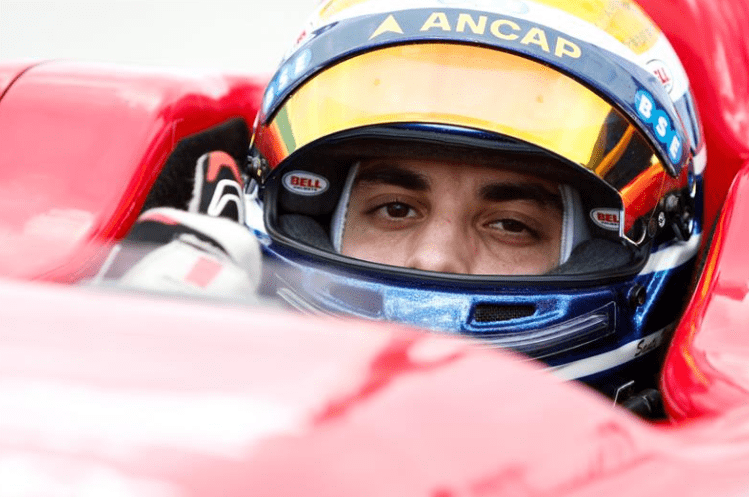 Santi Urrutia, 21-year-old Uruguayan driver, has been announced as a Belardi driver for the next season of the Indy Lights. Urrutia returns to the team with which last season almost proclaimed champion of the series. It will be the third year in which he participates in the Indy Lights, since in 2016 he ran for the Schmidt Peterson Motorsports team, where he was also second in the final classification.

Urrutia got the best time of the pre-season tests held this past weekend at Homestead-Miami Speedway. Urrutia was 4 tenths faster than the second classified Ryan Norman, followed by one of the two rookies who will debut this season, Pato O’Ward. The other, Victor Franzoni, was fifth best classified.

Urrutia has achieved six victories in the Indy Lights and will race with the number 5, doing tandem with his teammate from last year, Aaron Telitz: “I am very happy to be back with Belardi, I believe in Brian and in all of the team. It is going to be my third year with Tim Neff as my engineer, so I know him very well. I know it is going to be a fun year, but also a tough year because it is going to be super competitive”

After two runners-up, the Uruguayan wants the title: “I have to be 100 percent focused every weekend. I am going to have to be very smart and finish all of the races in at least the top five. I am looking forward to starting the season strong in St. Pete and then fight for the championship. I have only one goal and that is to win the championship.”

Brian Belardi, team director, was also happy to have Urrutia in his ranks: “We’re really happy to have Santi signed with us for the 2018 season. He’s a supreme talent in the car and is focused on one thing and that is winning the championship. Santi just finished at the top of the test day at Homestead yesterday. I know that we’ll challenge for race wins and the championship this year.”