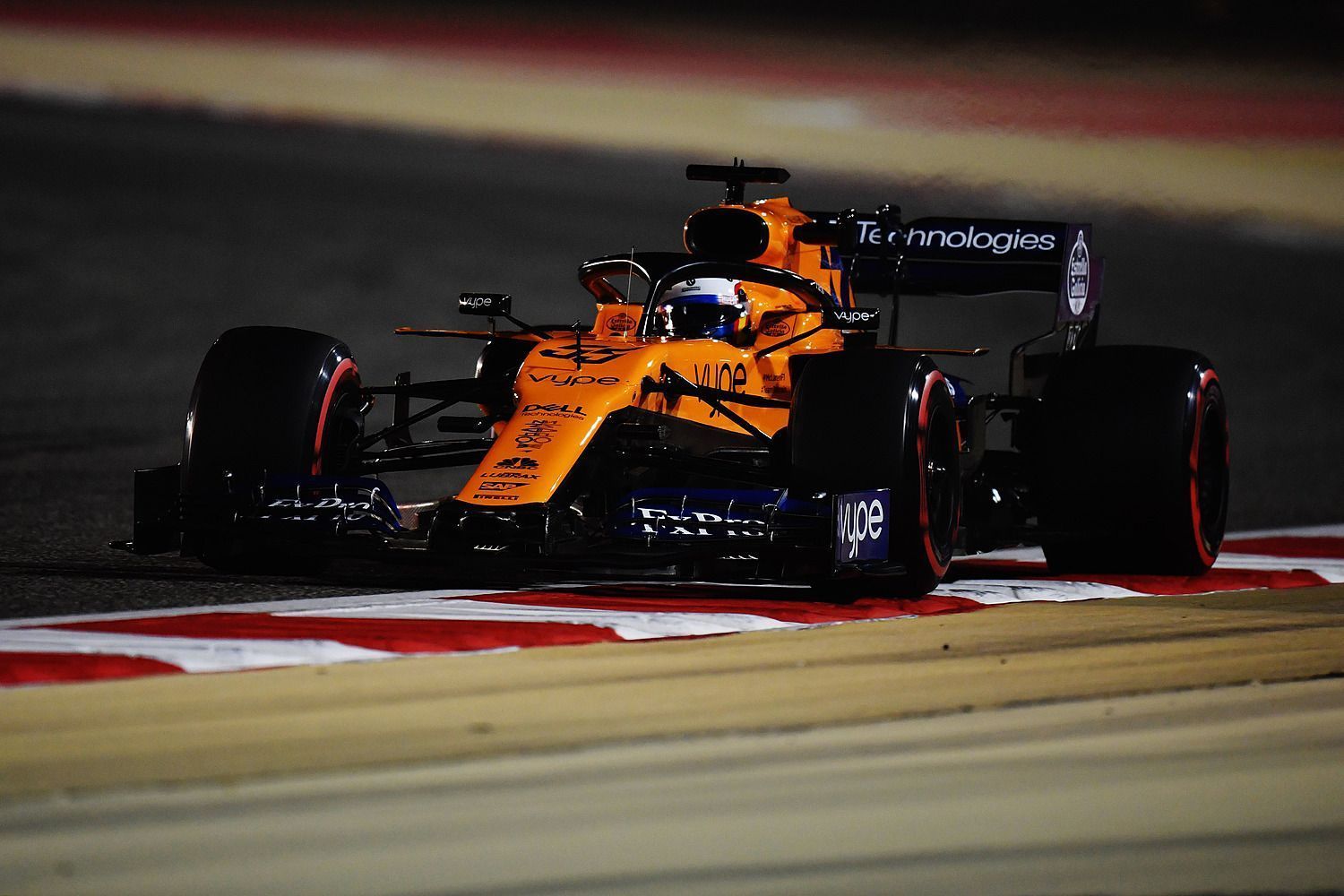 Carlos Sainz feels elated with a double Q3 result for McLaren Racing in F1 Bahrain GP qualifying as the Spaniard credits the work done in the winter.

It hasn’t been the smoothest of rides for McLaren in the last few season, first with Honda and then with Renault in 2018 as they started its new association with the French manufacturer. Things have looked bright for them in 2019 so far.

Even though the team couldn’t score points in Australia but they made it into Q3 via Lando Norris. They repeated the performance in Bahrain GP with Sainz coming along this time as the Spaniard ended up seventh and Norris 10th to make it both cars in the Top 10.

In the process, they managed to beat both the factory Renault cars – showcasing the chassis gain – while also both the Toro Rosso and Racing Point cars and one Alfa Romeo Racing. Reflecting on the performance, Sainz hailed the winter work from the team.

“That was a good quali,” he said. “I’m happy with how the session went and it’s a pity we missed out on P6 at the end. Nonetheless, I think we extracted everything from the car and P7 is a good starting position for the race.

“I really want to congratulate the whole team. Getting both cars in to Q3 shows their hard work over the winter is paying off. I think the advice we took last year, trying to find out what was wrong and to put together a better package this year has definitely paid off.

“To see both cars fighting with a Red Bull for example, within one second of a Ferrari is a good step compared to last year. Everyone should be proud. The job is not finished though, I want my first points of the season. I think from P7 we have a good chance.”

While Sainz managed to eke out the seventh best lap, Norris was disappointed that he couldn’t be up there with his teammate. He found himself in a close group of drivers where the three of them were only apart by 0.028s.

With the penalty to Haas’ Romain Grosjean, the British racer has already gained a place to start from ninth but both conceded that it will be a task to keep the likes of Renault behind on race pace or fight with Red Bull and Haas.

For the factory Renault team, it was another mixed qualifying with Nico Hulkenberg out in Q1 itself in 17th while Daniel Ricciardo ended up 11th. The team stated that the biggest issue they had was ‘engine mapping issue generating an engine safe mode’.

This happened at the worst time for Hulkenberg with nothing they could have done about it. “We unfortunately suffered a couple of issues with the car at the worst possible time during qualifying,” said a disappointed Hulkenberg.

“We lost performance and there was no chance of fixing anything in a short amount of time. We need to understand and fix these problems so they don’t happen again. I’ve felt good in the car all weekend, so it’s a shame to miss out on a top ten grid slot for the race.”

While the German had the trouble, it was relief for teammate Ricciardo who struggled all-through the weekend until qualifying to make it into Q2 and be close on the heels of Q3. The Australian though admitted that he is still not 100% synced up with the car.

On the other hand, Toro Rosso faced an ‘operational issue’ with Daniil Kvyat as the Russian couldn’t push for a second quick lap in Q2 after the team by mistake put him on used set of soft compound on his second lap as well which cost him places.

Kvyat showed Top 10 pace all-weekend and could have made it in but he had to be content with 15th in the end being beaten by a Racing Point car – who have looked out of touch in Bahrain – and also his teammate Alexander Albon, who was 12th.

Check out the reaction from Ferrari and Mercedes