Carlos Sainz heaps praises on his former teammate Max Verstappen as the Dutchman says he just doing his job in F1 while Alexander Albon chips in too.

Ever since his debut at the young age of 17-years, Red Bull driver Verstappen’s ability has not been called into question, bar perhaps during his string of costly mistakes throughout the 2018 F1 season, for which he was heavily criticized.

His reputation has only been helped by the consistent, comprehensive defeat of his teammates, especially since the start of the 2019 F1 season, when Pierre Gasly joined the team and struggled from the very start. He would ultimately be replaced by Albon, who has seemingly fallen into the same rut as his predecessor.

Even against the likes of Daniel Ricciardo though, he did more than hold his own, and he became known as one that was not to be paired with the faint of heart, as he would often give his teammates a hard time of things. One such teammate used to be Sainz, whom he partnered at Toro Rosso in 2015 and 2016.

Though this was before the blossoming of Verstappen in F1, the Dutchman has long since been held to a high esteem, and so Sainz understands the now-Red Bull driver, who he credits with being well-rounded, and even suggested could be the best on the grid as of now.

“I think Verstappen is was and has become one of the strongest if not the strongest driver on the grid right now,” said Sainz. “And he’s very very very good. Whatever you ask me about, I think he’s, extremely competitive or he’s extremely good at it.

“I admire him I enjoyed being his teammate. I actually learned a lot and it’s made me a better driver for today. So, yeah, just good things about him to be honest on the driving side and he’s also a cool guy. I get on well with him,” summed up Sainz.

Some have accused Red Bull of heavily favoring Verstappen, and thereby disadvantaging the ‘second driver’, who would currently be Albon. The former denied this notion, insisting favoritism is not present in the F1 team.

“It’s not my team,” said Verstappen. “I don’t own the team, I drive for the team. I find that a bit weird why people keep saying it’s my team, otherwise it would have been Max Verstappen Racing. It’s odd. I don’t think so.

“I’m an easy-going guy, I don’t hide anything and at the end of the day, we want to do well as a team and we are working very hard towards that to always maximise everything we can. I guess you can ask the team the same question.”

From the perspective of Albon, he is not bothered by what goes on on the opposing side of the garage, as he instead focuses on himself. He agreed with Sainz that teammates can be used to improve oneself. “You’re not really focused on too much else apart from yourself.

“It’s focusing on what I need from the car and where I need to improve. In the sense that you can obviously compare to Verstappen. But apart from that, it’s a team-mate that you’re just trying to improve on a personal level,” summed up Albon. 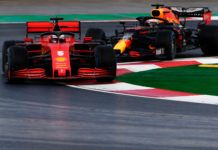 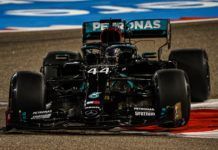 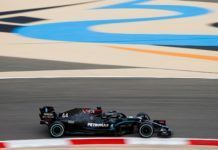 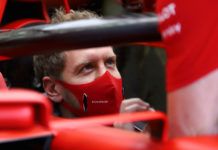