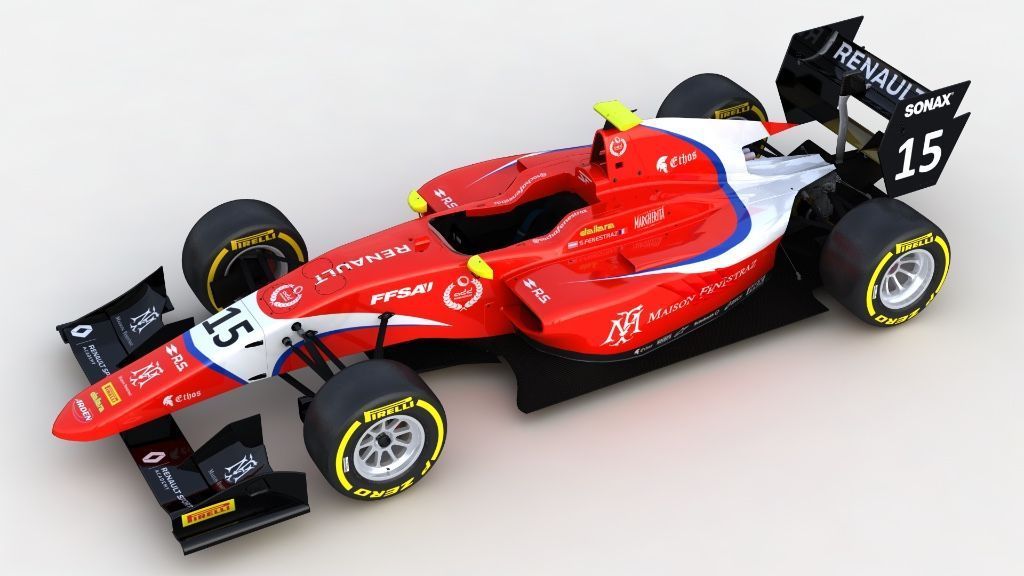 Sacha Fenestraz, who is currently racing in the FIA Formula 3 European Championship, is expanding his programme as the end of the 2018 season approaches by joining the ranks of the GP3 contenders with Arden Motorsport.

Sacha’s F3 campaign is coming to its conclusion and the young Franco-Argentinean is already exploring other options for the next step in his career.

His decision to move up to GP3 means that he’s getting ready to take up one of his biggest challenges – a new car, new team, new circuits and a new weekend format! In addition, he will have to master a more powerful engine and learn how the Pirelli tyres work on his two outings in GP3.

He will be driving for the Arden Motorsport team for which Mitch Evans and Daniil Kyvat won the title; and the young Renault Sport Academy driver will make his return to grand prix weekends after his two victories in Monaco in the Formula Renault Eurocup.

At Sochi and Abu Dhabi, Sacha will have to call on all his adaptive skills as he will only have one 45-free practice session before tackling the single 30-minute qualifying session. After the finish of the first race the positions of the first eight will be reversed to decide the grid for race 2.

Since the GP3 series was created in 2010 it has helped several current F1 drivers like Valterri Bottas, Charles Leclerc and Esteban Ocon to showcase their talent. At the end of this year it will be replaced by the new FIA Formula 3 Championship, which will use the engine/gearbox combination currently installed in the Dallara GP3-16s. This will provide Sacha with the perfect opportunity to beef up his technical skills while helping him explore his options for 2019.

Sacha Fenestraz: “First of all, I would to say a big thank you to Arden Motorsport for their confidence in the last two rounds on the calendar. As everything will be new for me, my main aim will be to learn and gather as much information as possible. I’ve already begun preparing by finding my marks on the Sochi circuit on the simulator. I think that the most difficult thing will be managing the Pirelli tyres so I’m going to work hard on this point and try and adapt as quickly as possible. It’s always difficult to aim for a good result when you arrive in the middle of the year. Nonetheless, I’ll do my best and I’ll seize the slightest opportunity I can. It will be an extremely interesting experience and it’ll be great to share weekends with F1 again since my wins in Monaco.”