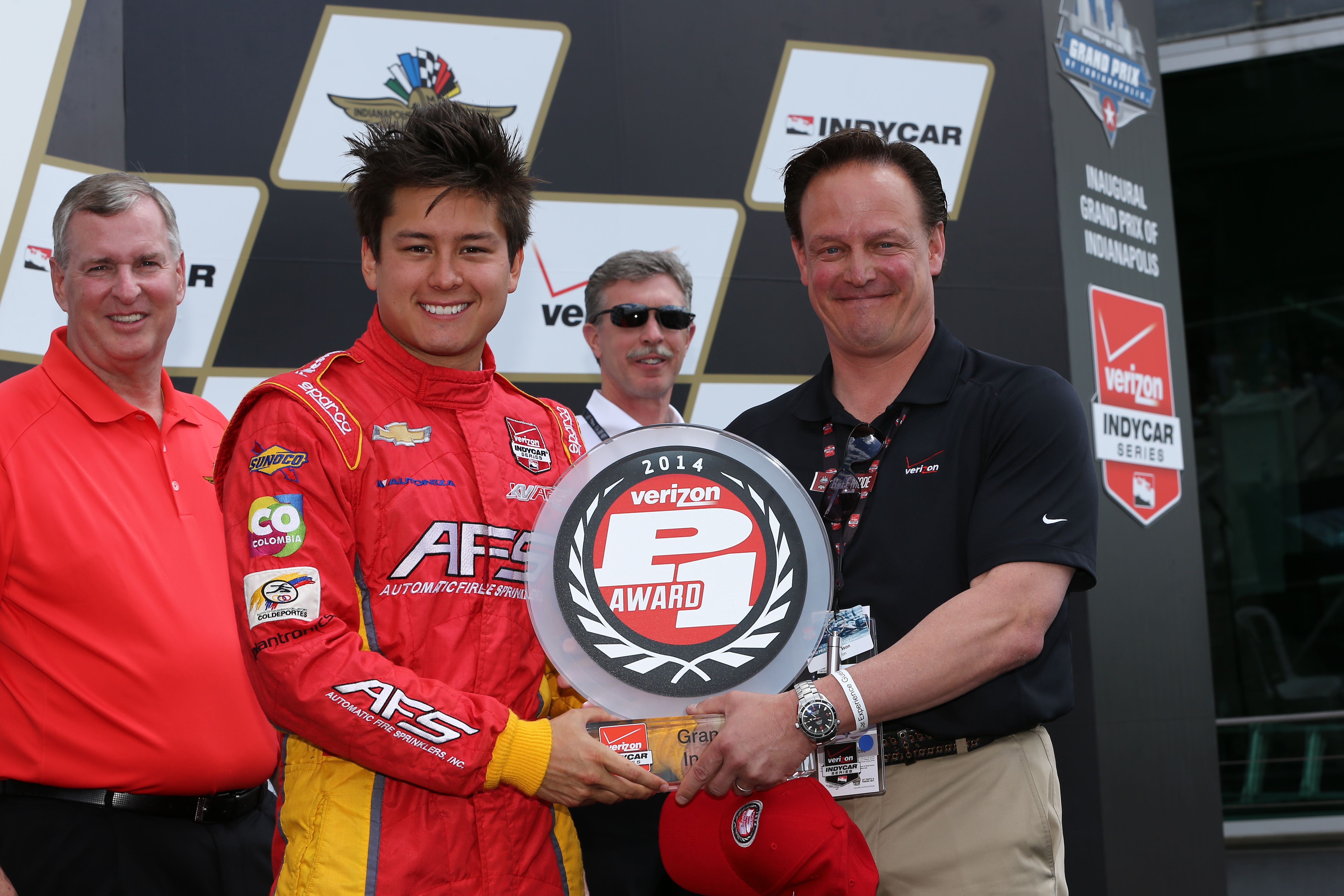 Chip Ganassi Racing Teams announced that Sebastian Saavedra will drive the No. 8 AFS Chevrolet in the 41st Toyota Grand Prix of Long Beach this weekend.

Saavedra will be backed by AFS Racing/Automatic Fire Sprinklers, Inc., one of the western states’ largest full-service fire sprinkler companies, for the race in Long Beach, the Angie’s List Grand Prix of Indianapolis and the GoPro Grand Prix of Sonoma in addition to the Indianapolis 500 through a fifth entry overseen by Chip Ganassi Racing Teams.

After starts in St. Petersburg and New Orleans, Karam will rejoin the team in the No. 8 Chevrolet for the Honda Indy Grand Prix of Alabama at Barber Motorsports Park and the Indianapolis 500, and is scheduled to run the balance of the season until Sonoma.

“It’s good to be back in the Verizon IndyCar Series,” said Saavedra, who has made 56 Verizon IndyCar Series starts dating to 2010. “This is an amazing opportunity for me with AFS to work with one of the most prestigious teams in all of racing. I’m very grateful to Chip and the team, which have had an incredible history in the sport, and specifically in the Indianapolis 500. I’m looking forward to Long Beach and doing everything I can to help get the No. 8 car to the front.”

Saavedra earned his first Verizon P1 Award in 2014 for the inaugural Grand Prix of Indianapolis while competing for KV AFS Racing. Like Karam, Saavedra made his Verizon IndyCar Series debut in the Indianapolis 500 Mile Race. Both drivers are Mazda Road to Indy graduates.

“I’m excited about this coming together quickly with the Ganassi No. 8 entry,” said AFS Racing owner Gary Peterson, who has been involved in Indy car racing as an owner and competitor. “It looks to be a great alignment between AFS Racing, Chip Ganassi Racing Teams and Sebastian Saavedra. My heart has always been in racing and it will be great to see Sebastian have the chance he deserves with a great team.”

Karam, the 2013 Indy Lights Presented by Cooper Tires champion, finished 19th in the season-opening Firestone Grand Prix of St. Petersburg on March 29 and 18th in the Indy Grand Prix of Louisiana on April 12.

“I’m grateful to Chip and the team for their ongoing commitment to me, and I can’t wait to get back in the car at Barber,” Karam said. “I just take things one day at a time and nothing has really changed for me since I started as a development driver here. When Chip calls, I’m ready to go race.”

Added Ganassi: “We’ve been committed to Sage and to running the No. 8 car in the full Verizon IndyCar Series season since day one, and this plan reflects our continued investment in the series and in the team. Sage continues to grow his race craft in his development role with us, and we look forward to having both he and Sebastian contribute to the No. 8 team moving forward this season.”