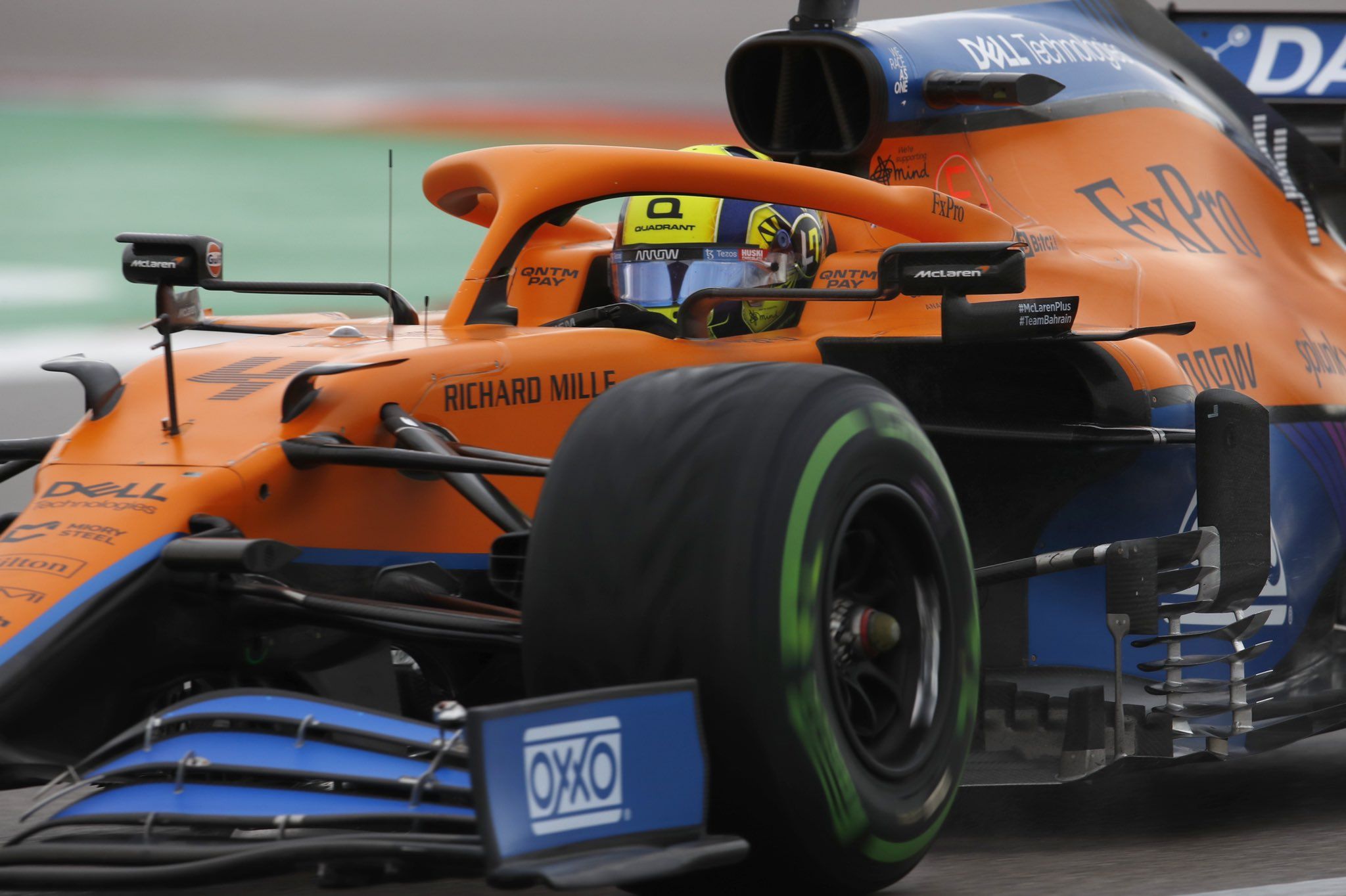 After FP3 was washed out, with no rain around, the F1 Russian GP qualifying started on time at Sochi, where everyone ventured on the intermediate tyres apart from Alpine’s Fernando Alonso. He was on full wets, but switched to intermediate later on.

There were brief yellow flag moments during the first part of qualifying, which included a spin for Alfa Romeo’s Antonio Giovinazzi. Red Bull’s Max Verstappen had an installation lap and pitted to end his day, deciding not to take part any further with the penalty.

At the front, Mercedes ended up 1-2, with Lewis Hamilton (1m45.992s) leading teammate Valtteri Bottas and Red Bull’s Sergio Perez, who survived a spin early on. In the bottom half, the two Alfa Romeo cars were knocked out along with Haas duo.

It was Alfa Romeo’s Kimi Raikkonen (1m49.586s) in 16th leading Haas’ Mick Schumacher (1m49.830s), with the other Alfa Romeo of Giovinazzi (1m51.023s) in 18th and the other Haas of Nikita Mazepin (1m53.764s) 19th. The stewards noted a blocking incident between Daniel Ricciardo and Lance Stroll to be investigated after qualifying.

The second part of F1 Russian GP qualifying saw more intermediate running. Much like Verstappen, this time Ferrari’s Charles Leclerc decided to sit out of the session, considering he has the engine penalty too and is to start from the back of the grid.

Another one to not set the time was Williams’ Nicholas Latifi, who ventured out very late in the session, but did not set a time as it was noted that he had taken new power unit elements. His teammate made it in Top 10, knocking out Aston Martin’s Sebastian Vettel.

He was smashing it Halo in replays and post-session, he stormed out of his garage too. At the front, though, it was Mercedes’ Hamilton (1m45.129s) leading teammate Bottas and Alpine’s Alonso in Top 3 for Q2.

The third part of F1 Russian GP saw everyone start out on the intermediate tyres, but Williams took the first gamble with the slick tyres on a drying track. It was Hamilton leading provisionally with a 1m4.050s lap from McLaren’s Lando Norris.

As everyone decided to pit for slicks, there was drama when Hamilton hit the wall at the pit entry which damaged his front wing. The team had to replace it as soon, while also attend Bottas when he came in just after to change to the soft tyres.

UPDATE: With Latifi, Leclerc and Verstappen due to start 18th, 19th and 20th, the second last row will have Bottas joining the Canadian in 17th after Mercedes used the tactical option to have another power unit for the Finn and take the engine penalty.

It is also tactical from Mercedes to have Bottas ahead of Verstappen on a similar strategy to disallow the Dutchman to run through the field with ease. This will change the order for the start of the F1 Russian GP with others gaining a place each.