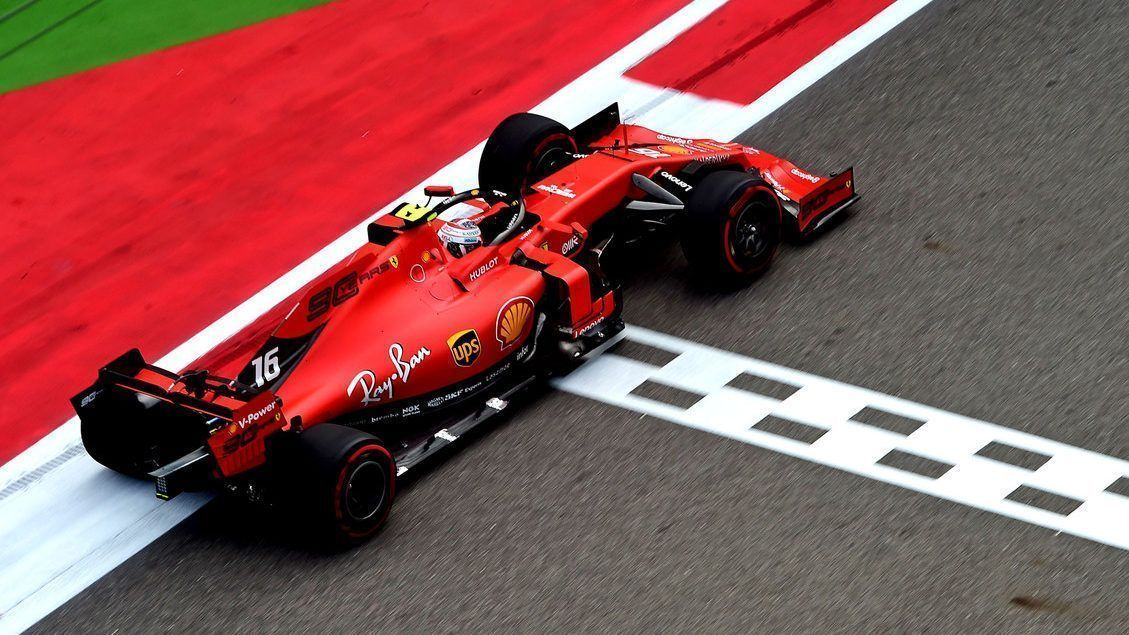 Charles Leclerc made it four F1 poles in a row in Russian GP as Mercedes’ Lewis Hamilton split the two Ferrari drivers with Sebastian Vettel in third.

The first part of F1 Russian GP qualifying at Sochi Autodrom had a red flag appearance with an off at Turn 13 for Red Bull Racing’s Alexander Albon, with a damage to the rear after he lost it in the right-hander.

The red flag compromised Ferrari’s Sebastian Vettel’s third timed lap after the German did not have a good run on the medium compound on his first run. His second was hindered by a spin for Williams’ Robert Kubica.

He was then forced to do a run on the soft compound as he went quickest from Mercedes’ Lewis Hamilton and Red Bull Racing’s Max Verstappen. In the drop zone, it was Albon (1m39.197s) in 19th as the last driver.

In terms of strategy for the race, the Mercedes duo opted for medium tyres to start the second part of qualifying. It was Ferrari’s Charles Leclerc heading the way with Vettel second after a late lap on a new set.

Red Bull’s Verstappen also showed an improvement to be third with Mercedes drivers behind on the medium tyres. Replays showed Leclerc going on the sausage kerb, probably damaging bit of his floor.

The final part of Russian GP qualifying had a clean start with a Ferrari 1-2 as Leclerc held provisional pole with a 1m31.801s lap over Vettel and Hamilton after their first runs.

The second run had Leclerc held on with the Monegasque making an improvement to set a 1m31.628s to take pole for Russian GP – his fourth consecutive F1 pole in the 2019 season.

It looked like a Ferrari 1-2 but Mercedes’ Hamilton split them as he slotted in second with a 1m32.030s lap as he pushed Vettel to third, who had a 1m32.053s lap after a scrappy final run.

Red Bull’s Max Verstappen (1m32.310s) was fourth but is to start from ninth with Mercedes’ Valtteri Bottas (1m32.632s) only fifth after aborting his final lap due to a mistake.