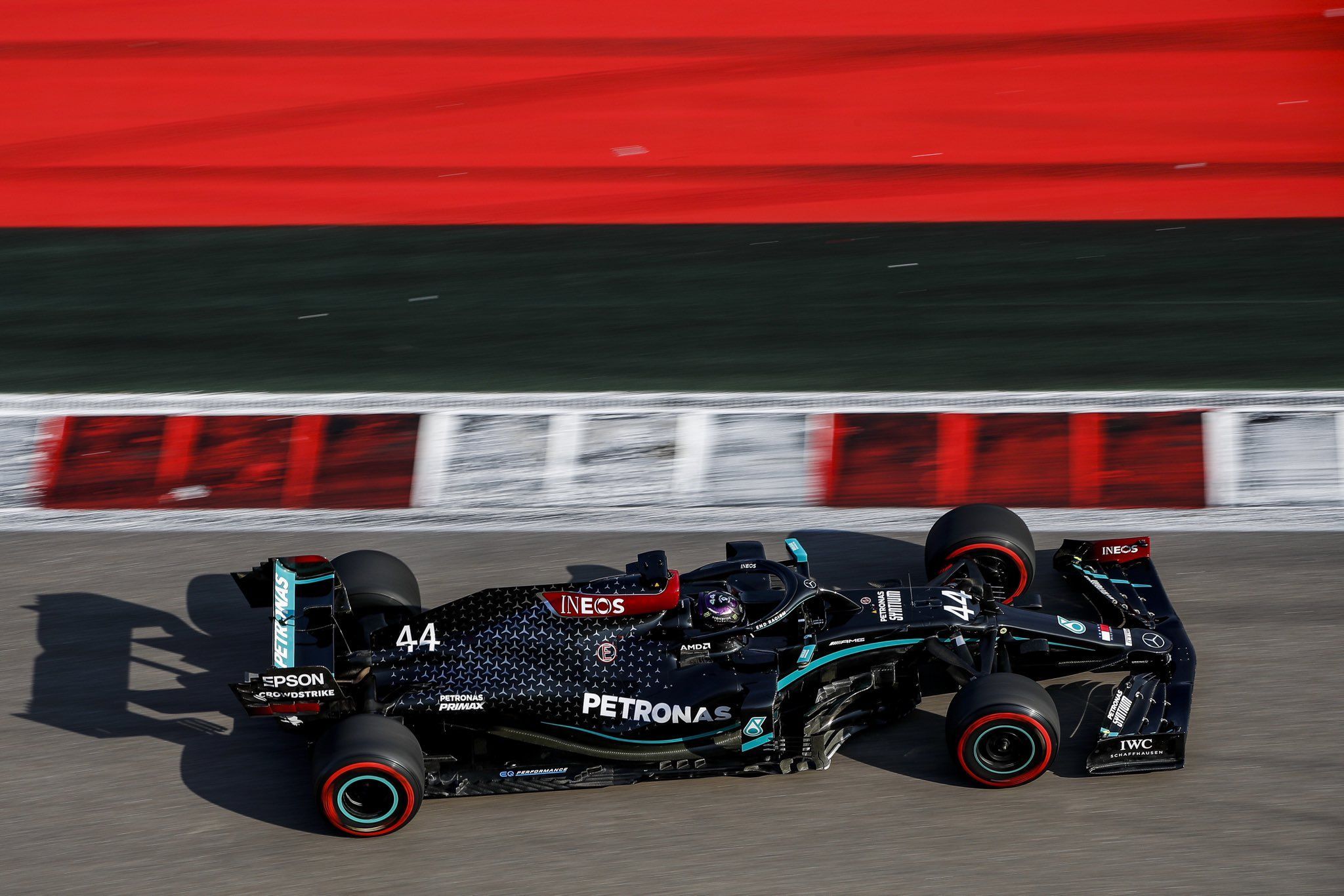 The Spaniard is not running the new parts which Lando Norris is this weekend. Renault’s Esteban Ocon (1m34.239s) did well to be fourth ahead of Racing Point’s Sergio Perez (1m34.252s), who also just has the rear suspension, rather than the whole upgrade.

Renault’s Daniel Ricciardo (1m34.787s) rounded out the Top 10 but his lap was compromised after a mistake as AlphaTauri’s Pierre Gasly (1m34.792s) was 11th. The Frenchman had a spin similar to Kvyat early on as late in the session, he almost hit Perez, who was slow ahead.

Ferrari’s Charles Leclerc (1m34.806s) was pushed down to 12th with Williams’ George Russell (1m34.979s) doing well in 13th, to be ahead of Haas’ Romain Grosjean (1m35.257s), who did not have a jolly run with multiple radio messages of his frustrations due to balance issues.

At the back were Red Bull’s Alexander Albon (1m35.603s) in 19th from McLaren’s Norris (1m35.918s) as the former had his lap time deleted due to track limits in Turn 2, while the latter had to abort his lap. The Brit is keeping the new nose for rest of weekend.

Here’s what was said after F1 Russian GP Friday