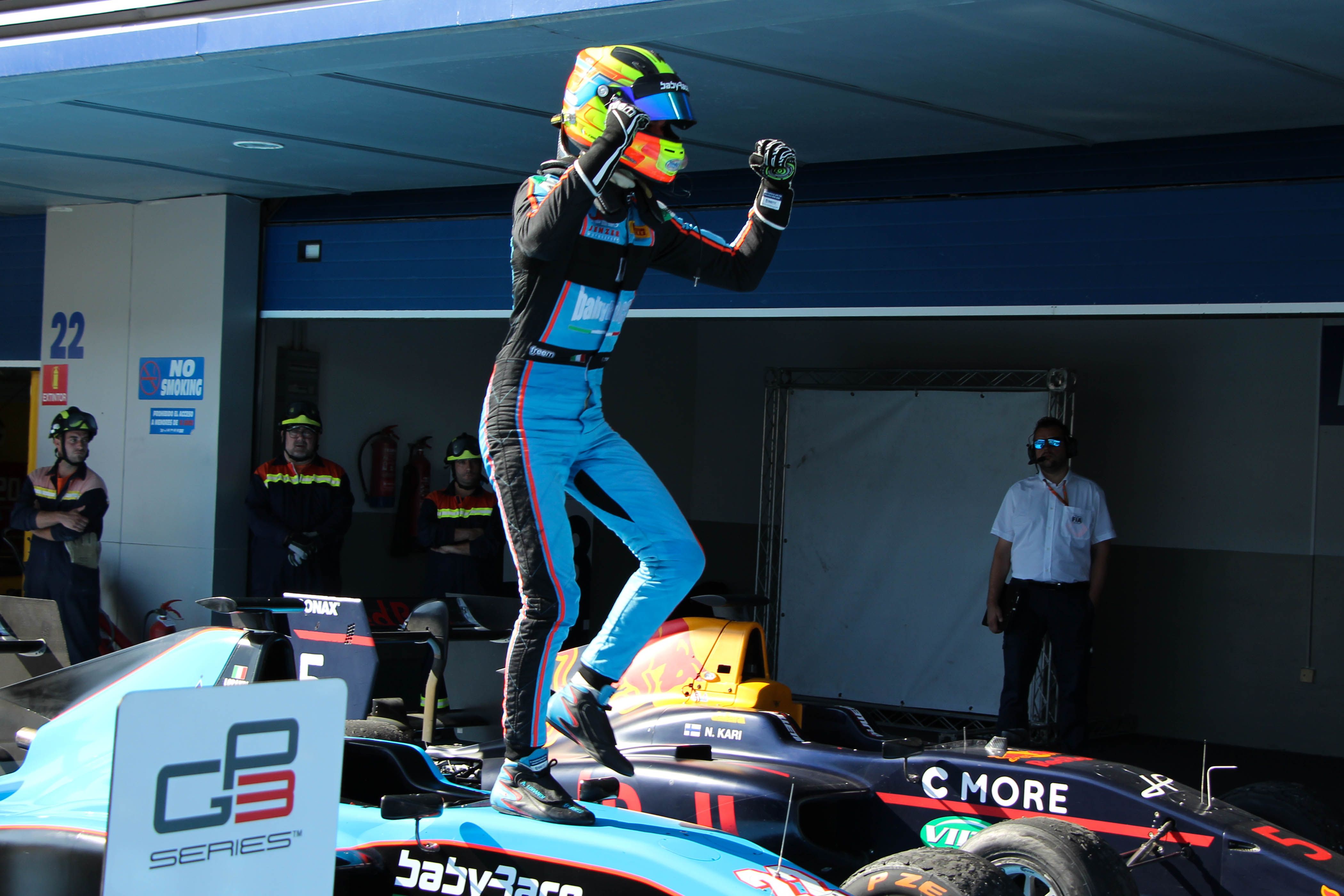 Alessio Lorandi has taken his first GP3 win today in Jerez. Boccolacci and Kari complete the podium on a race in which, with a fifth place, George Russell has claimed the title.

Race started and Alessio Lorandi kept his first place. Dorian Boccolacci was second with Niko Kari third. The fight was between the ART cars, with George Russell passing Jack Aitken for sixth place. Aitken had to run wide when being overtaken and also lost his seventh place to Nirei Fukuzumi.

Antoine Hubert ran into the gravel and lost fourth position to Dan Ticktum. Positions stabilised on the top places, but Russell was getting close to Hubert. The British driver had a slow pace on the next laps and as caught by Fukuzumi.

On lap 14, Ticktum had caught Kari and tried to overtake him, they made contact more than once and the British DAMS driver ended up in the gravel trap. He retired, Hubert inherited his fourth place, right behind Kari, and the Safety Car was deployed.

Race restarted on the last lap and positions were unchanged. Lorandi took his first win of the season in a race that he’s lead from lights to flag. Boccolacci finishes second and gets his second podium of the season. Kari finished third in which is also his second podium finish this year. Hubert, Russell, Fukuzumi, Aitken and Giuliano Alesi have scored points.

These results cause that Russell, 5th today, is now the GP3 Series champion on his debut season. The Mercedes-linked driver has taken three wins and six podium finishes (so far) and takes the crown Leclerc claimed in 2016.

With Russell on the lead with 197 points, the focus is now on the fight for finishing as runner-up. Aitken is second with 138 points, followed by Fukuzumi with 132 and Hubert with 115.

The next round, the last one of the season, will be held, as a support race for F1, as usual; in Abu Dhabi. The 25th and 26th of November.