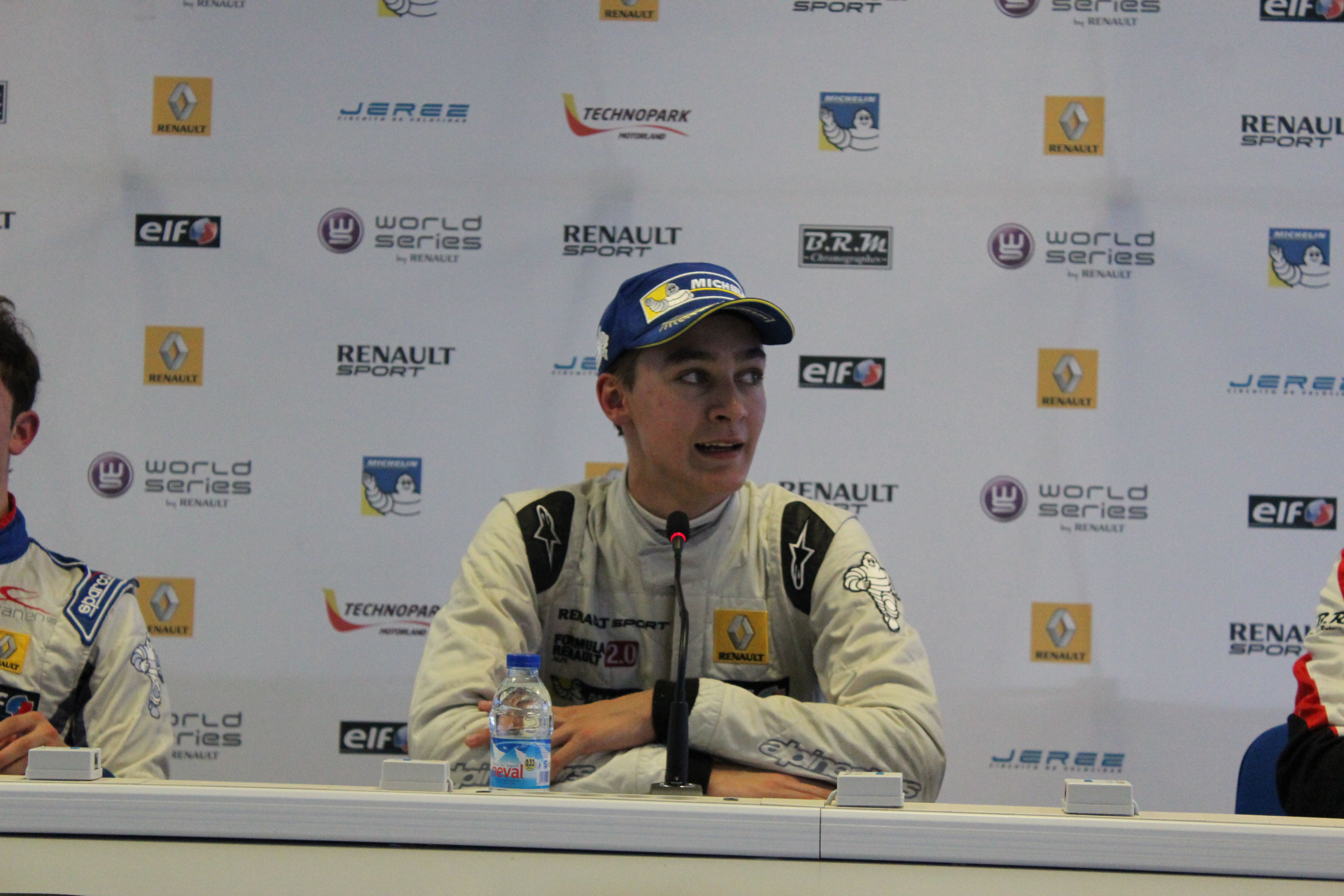 2014 was a busy season for Russell, who made his first year in cars a successful one. Russell completed a dual programme in both the Formula Renault ALPS championship and the BRDC Formula 4 Championship. The British racer graced the top step in both categories, taking the BRDC Formula 4 title in impressive style while also finishing fourth in FR2.0 ALPS. George ended his season with a lights to flag victory in Jerez with a wild card entry in the Renault 2.0 Eurocup round.

The Norfolk born racer topped off his season claiming the prestigious McLaren Autosport BRDC Award, beating the best of Britain’s young racers to a title previously won by the likes of Jenson Button, Anthony Davidson and Oliver Jarvis.

Previous to his single-seater career, Russell had a glittering career in karting as a multiple British and European Champion. The young karter had won the CIK FIA European Champion twice by the age of 14, an achievement which led to him being given BRDC Rising Star status.

The youngster, who will turn 17 just before the season commences, follows in some large footsteps. The list of former Carlin F3 drivers is an impressive one, including names such as Daniel Ricciardo, Max Chilton, Jean-Eric Vergne, Felipe Nasr, Kevin Magnussen, Daniil Kvyat and Carlos Sainz Junior.

Speaking about the season ahead, Russell said, “I am very excited to be starting the next chapter of my motor racing career with a team that has such incredible pedigree. My aim is to win races and championships and Carlin have plenty of experience in doing exactly that. To join the list of names that have driven for the team is a great honor and I am focused on making 2015 a strong year.”

Trevor Carlin added, “Despite his young age, George is very mature in the car and that’s one of the elements that most impressed us about him. His pace from the outset was very promising and there’s no doubt that he is ready for F3. He’s demonstrated great race craft and speed on his way to the BRDC F4 title last year and in the right environment we expect to see him flourish in Formula 3.”
Carlin Press Release