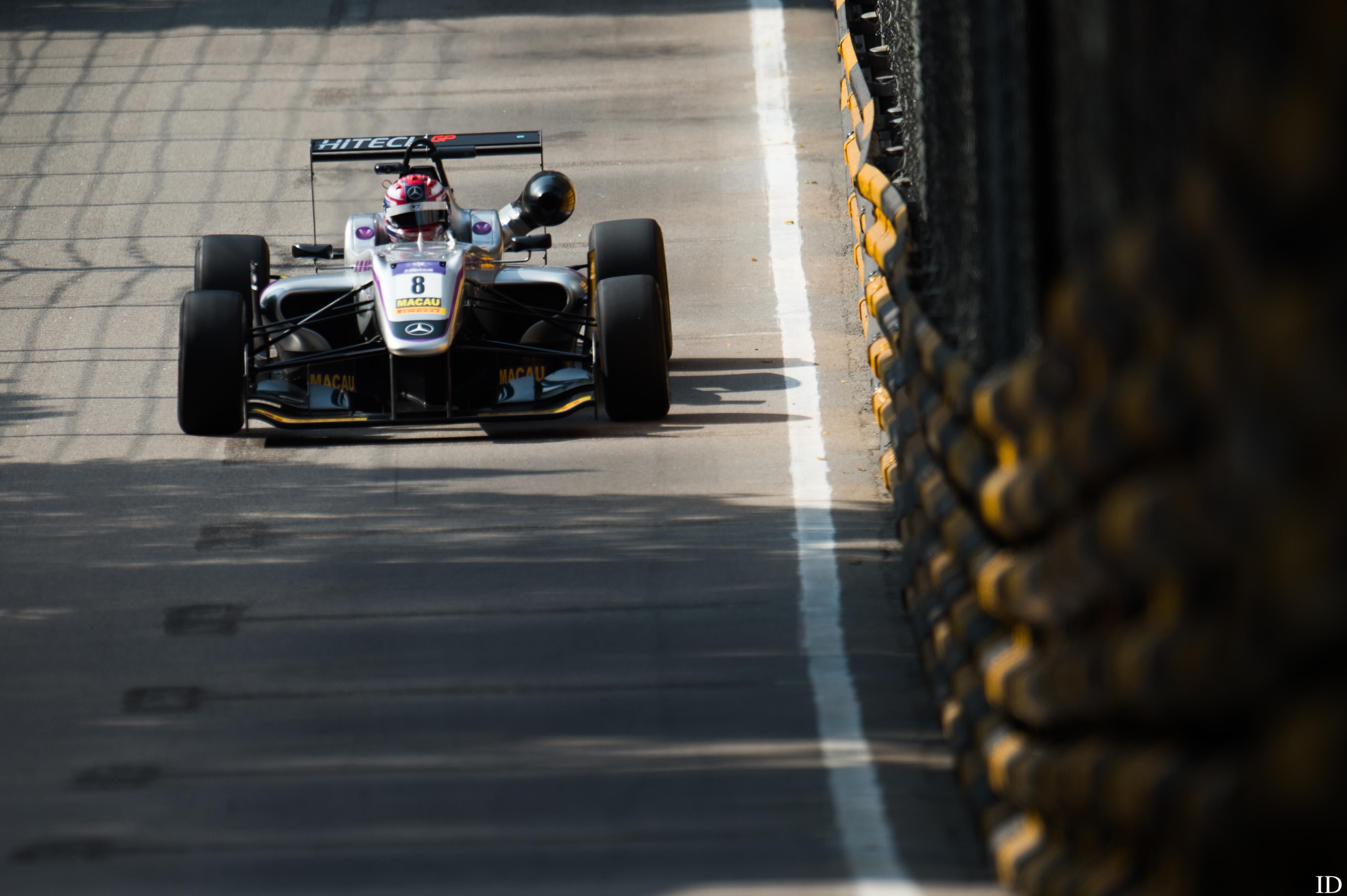 But in the final two minutes of qualifying , after a red flag period which halted the field, he stormed to a lap record undercutting 2min10.1sec lap to claim pole for tomorrow’s 10 lap qualification race for the FIA F3 World Cup.

Russell’s time , hailed by him as his “best ever lap”, was the more impressive as drops of rain had begin to fall on an already slippery Guia track which had brought out caution flags on the notorious Lisboa corner.

Russell had already claimed fastest time on the previous lap from fellow 18-year-old Callum Ilott (Van Amersfoort) who had been on top of the time sheet for most of the session .

Russell’s rationale for going even faster typified the courage and commitment of the young F3 field: “ I knew I was already on pole so if I crashed I’d still be on pole. They can always fix the car.”

Defending Macau GP champion Felix Rosenqvist (Prema) who had been third in the first session of qualifying slipped to eighth in the qualifcation race decider.