Home F1 Russell feels there are five teams capable of doing something special in... 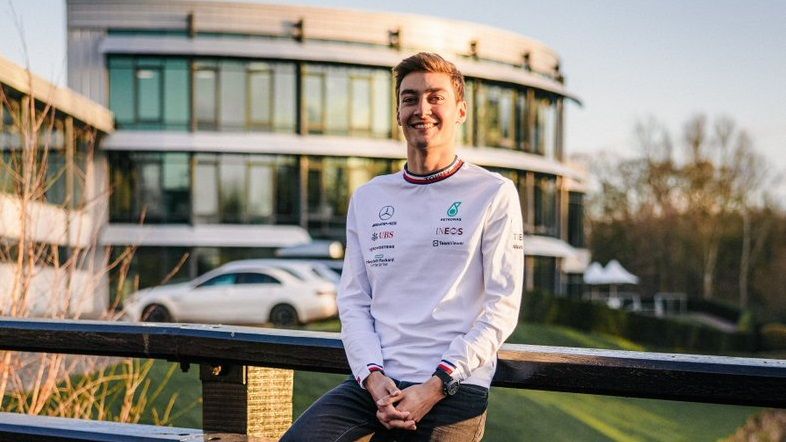 George Russell expects Ferrari and McLaren to be on it in F1 2022 with five teams who could pose a challenge and development throughout the year will be key.

Russell is expected to be a front runner at the very least in 2022 with Mercedes. A race winning car and working alongside a seven-time champion, the Brit due to the machinery at his disposal should earn his debut victory this season.

Despite the monopoly that Red Bill and Mercedes have had since 2010 and last season saw them take 20 out of 22 wins, it could be said the 2022 season could be a far more even playing field with so many new rules and regulations.

Ferrari and McLaren were in a battle throughout the season with the Italian team taking third place following a strong last one third of the season. Both teams have very experienced drivers, 50% of them are race winners and the other 50% with podiums.

One must not forget the progress of AlphaTauri and Alpine either. So it may not be a two-horse race but could be a hell of a lot closer this season. Mercedes newbie Russell should be a success. Keen as mustard to get going, he isn’t losing sight of the fact either that Ferrari and McLaren could take the fight to them.

“I think a team like Ferrari who have been through a difficult period in the last two years are going to be so hungry, especially with the rule change, to come back fighting,” said Russell. “Similar with McLaren as well, they’ve got the infrastructure, they’ve got the talent within the engineering departments, within the drivers as well, to really fight.

“I truly believe there are probably five teams all capable of really doing something special in 2022. So you’ve got to be absolutely on it, and I think the development is going to be so key, it’s not going to be whoever has the fastest Barcelona test or Bahrain race.

“It’s whoever manages to understand their car well, and can develop and build from those foundations throughout the year. I think all of the teams are going to make big progress from race one to the end of the season,” summed up Russell.

For all 10 teams, it is starting fresh. It is a case scenario of who hits the ground running first and can adapt quickest. Indeed there may be some surprises early on but it will be all about adapting and for Russell it is a very exciting chapter after three years at Williams.

Here’s Valtteri Bottas on one-year contract and the troubles

Here’s Williams on George Russell’s inputs behind the scenes