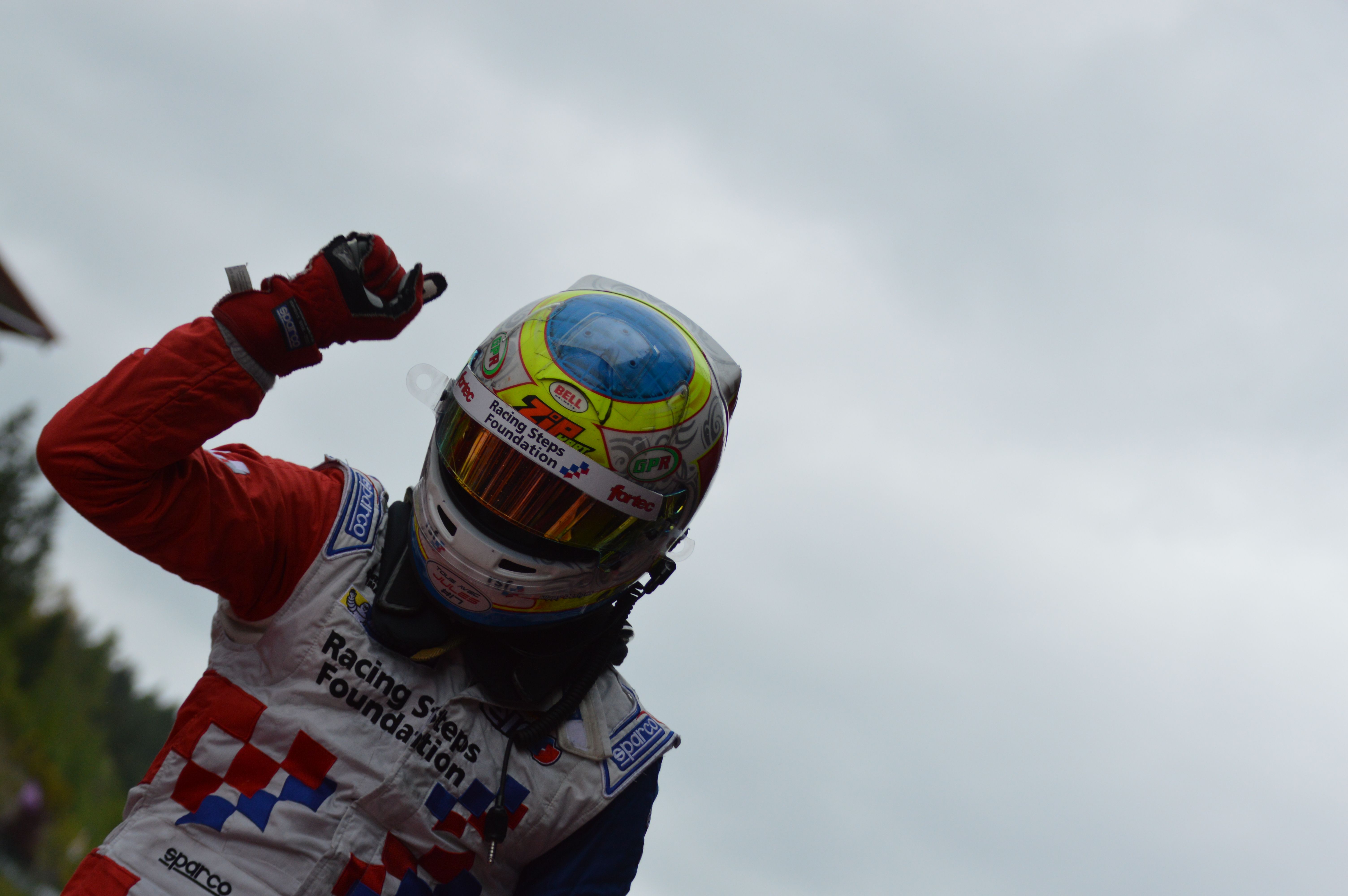 Formula Renault 3.5 Series leader, Oliver Rowland (Fortec Motorsports) came up big on Sunday at Budapest. After a perfect launch from fifth place on the grid, the Racing Steps Foundation protégé overtook pole winner Matthieu Vaxiviere (Lotus) for the lead and went on to control the passing attempts of his rival throughout the 27 lap of the race. With his runner-up finish, the French driver now trails the Englishman by 16 points in the championship. Also starting from row three, rookie Gustav Malja (Strakka Racing) scored his maiden podium result in the category.

In the morning, Matthieu Vaxiviere posted the best time in qualifying, ahead of the winner of race 1, Egor Orudzhev (Arden Motorsport). Jazeman Jaafar (Fortec Motorsports) and Roberto Merhi (Pons Racing) shared row two, with Oliver Rowland fifth on the grid.

A flying start for Rowland

When the lights went out, Oliver Rowland bounded from fifth on the grid to take the lead of the race. Behind him, the running order was turned on its head, with Matthieu Vaxiviere now second, in front of Gustav Malja (Strakka Racing) and Pietro Fantin (International Draco Racing), who started sixth and seventh respectively. Tom Dillmann (Jagonya Ayam with Carlin) was fifth, followed by Roberto Merhi. Front row starter, Egor Orudzhev completed lap one in 11th position.

Hard battle for the win

Keeping the pressure on Oliver Rowland, Matthieu Vaxiviere made his mandatory pit stop one lap before the leader. The situation remained unchanged when the Englishman made the quickest pit stop to leaves the pits ahead of the Frenchman. Gustav Malja held on for third place, while Jazeman Jaafar did his title hopes well in picking up four positions. Meanwhile, Sean Gelael (Jagonya Ayam with Carlin) was forced to retire after he went off track.

At the conclusion of lap 27, Oliver Rowland won, ahead of Matthieu Vaxiviere. Gustav Malja held off Jazeman Jaafar and Pietro Fantin. However, the Brazilian received a 10-second penalty for crossing the white line when leaving the pits. He was thus relegated to eighth place, behind Tom Dillmann, Tio Ellinas (Strakka Racing) and Roberto Merhi. Nyck de Vries (DAMS) and Meindert van Buuren (Lotus) were the final point scorers on the day.

Oliver Rowland: “Yesterday, I missed my start but today I managed a really good one. I also think that the drivers ahead of me missed theirs. We waited for Matthieu to make his stop before we came in because he was able to stay very close to me, while I was driving flat out all throughout the race… except when he eased off! I had to make sure I was faster than him in the last corner and I saved the DRS to have five impulsions left in the last five laps.”

Matthieu Vaxiviere: “I am disappointed with my start. I tried all race long to re-take the lead. I was constantly flat out. I didn’t lose very much grip and we had very good pace, confirmed with a second fastest race lap of the weekend. We also tried to overtake in the pits, but Fortec did a good job as well.”

Gustav Malja: ‘‘I am really happy with this third place. I wasn’t expecting it, starting sixth, but anything can happen in a race. I went straight to third place and I had reasonably good pace to hold on the place just until the finish.”