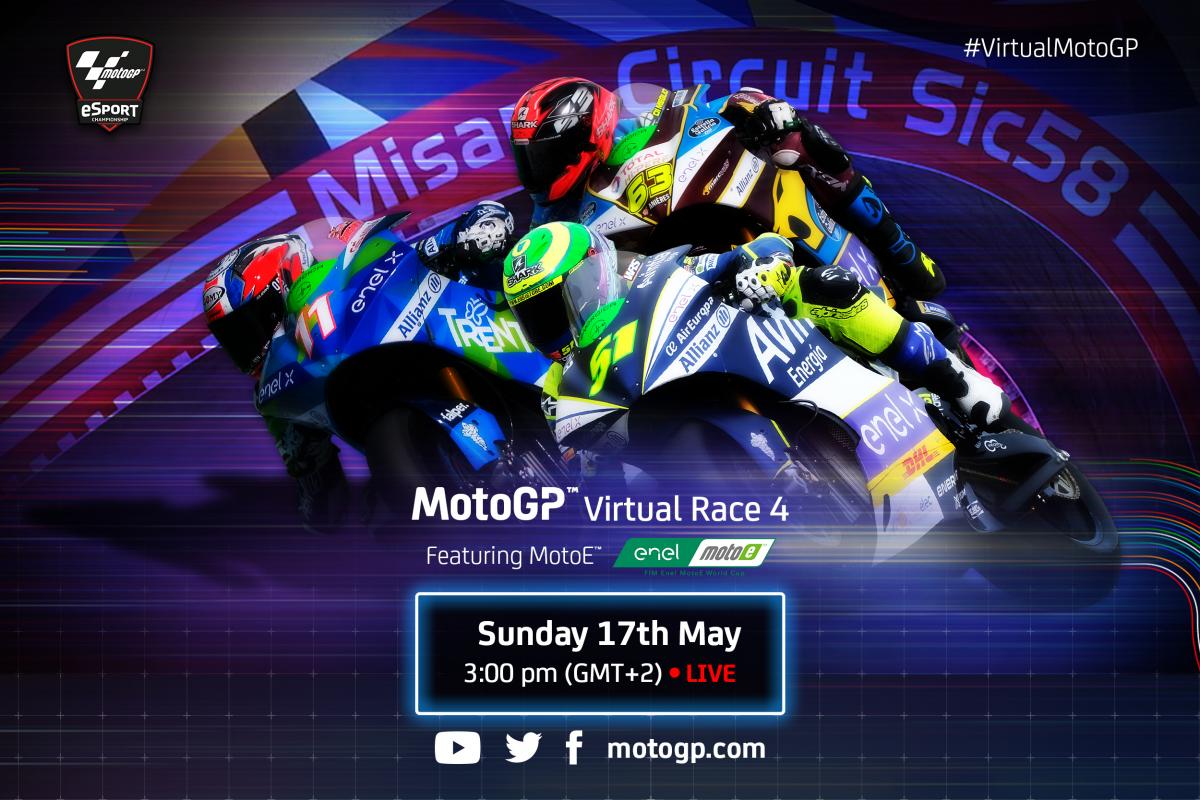 Yamaha’s Valentino Rossi has rejoined the MotoGP Virtual GP grid for the Misano round as MotoE joins the action as well.

It is the second Virtual GP whereas the fourth Virtual Race for MotoGP as Yamaha is to field both its riders with Rossi rejoining the grid alongside Maverick Vinales for his home event at Misano. Yamaha is only the second team to have two riders besides Honda.

Suzuki has opted to field Joan Mir for the fourth round with Ducati having Michele Pirro. The Misano Virtual GP will take place on May 17 at 15:00 local time, with the MotoGP race to run for nine laps and MotoE five on the new 2020 Milestone game.

The broadcast partners include Sky Italy, Canal+ in France, DAZN (in Spain, Italy and DACHS), BT Sport in the UK, ServusTV in Austria and Germany, Fox Asia, Fox Australia, Viasat in Sweden, NBC in the USA, Fox Brazil and ESPN in Latin America, Motorsport TV Russia, Eurosport India, TEN, and SuperSport across Africa.