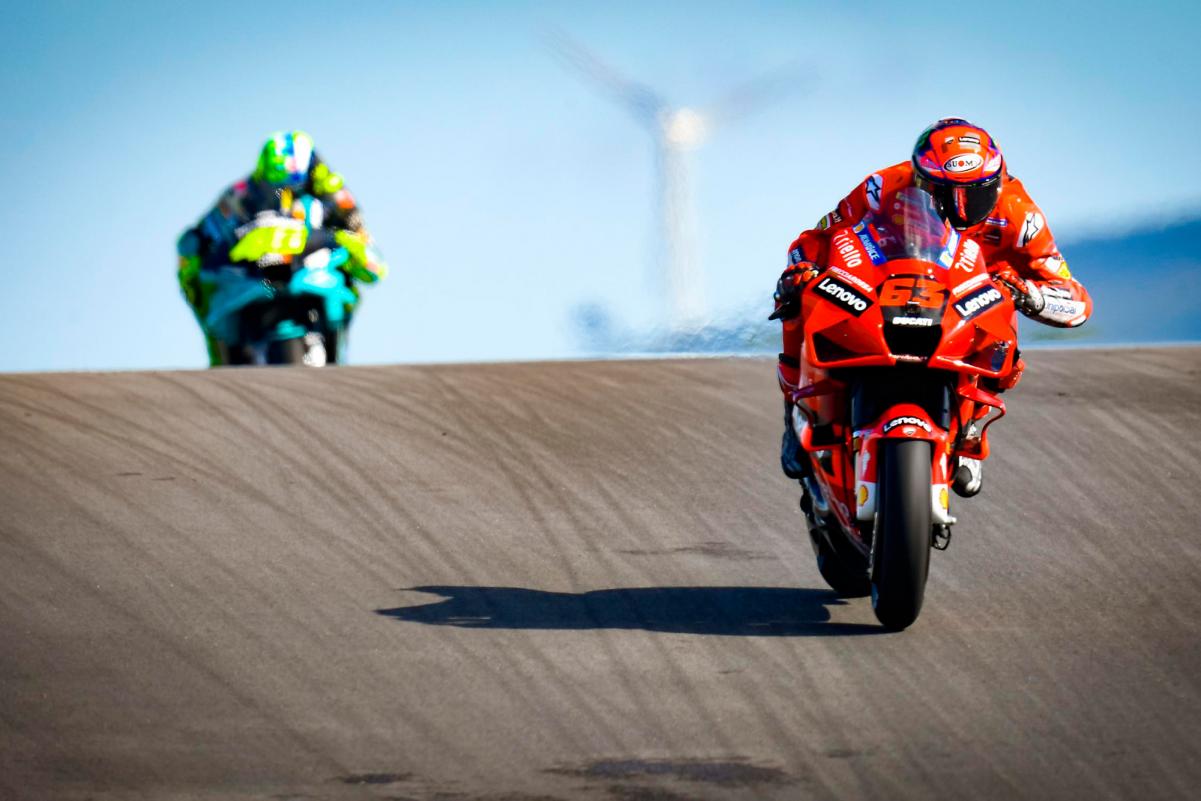 Valentino Rossi heaps praise on Francesco Bagnaia on his recent MotoGP surge, as the latter explains his work to be get in the place he is in.

Having had a slow start to the MotoGP season, Ducati’s Bagnaia has caught up well now. Even though he has a very less chance to win the title, but he has been the closest to Yamaha’s Fabio Quartararo off-late in terms of pace and consistency.

Not just he has had praise from Ducati, his mentor Rossi from VR46 academy has good words for him and also the bike. “Pecco is impressive,” he said. “The Americas GP was his third pole position in a row with a stunning lap. He’s in great, great shape. It’s great fun to look at him ride, it’s a great pleasure because he rides the Ducati at the top.

“It’s a long, long time since I’ve seen a Ducati like this. So, I’m very happy for Pecco,” summed up Rossi, as Bagnaia opened up on his earlier struggles with the bike and how he overcame those by changing his style and working on using tyres to his advantage.

“When I started with Ducati, I was always crashing,” said Bagnaia. “My feeling was never very good. I was trying to push, but my riding style was not adapting so well to the Ducati because in Moto2 I was always with a lot of corner speed. In Moto2, you can’t brake so hard because the rear is sliding always.

“So, when I arrived in MotoGP, in the first test I was fast but just because I was doing time attack. It’s something that I learned after because in MotoGP, the top riders never do time attack, but maybe the first test of the season. From Qatar, we started to work with used tyres, I was in trouble and I was not feeling good. Until this year, I was always without a great feeling. Last year I did some good races, I think two good races or three, but this year I think I changed a bit my mentality on the bike.

“I feel that I know very well this bike and I adapt very well on the braking, because now in the braking I can stop the bike very good and I feel great. Also, I adapt the setting of my Ducati to my riding style for the corner speed. Our bike is not so fast in the middle of the corner, but this year we did a good job and now the bike is sweeter for that,” summed up Bagnaia.