Home In the Spotlight Rossi had brakes issues before stop; Quartararo worried for performance 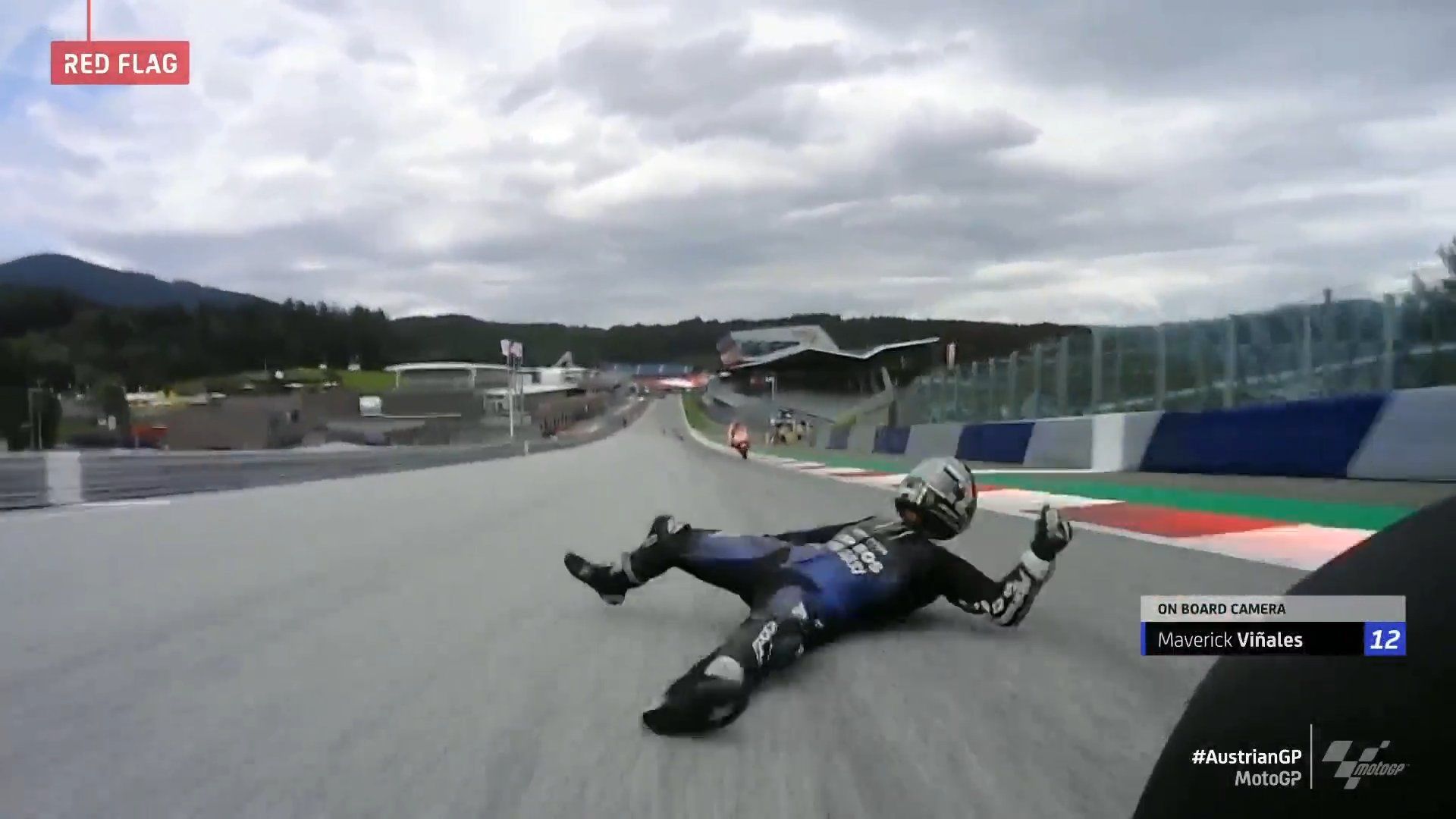 Valentino Rossi says he had issues with brakes in Styrian GP abode his Yamaha before the red flag as Fabio Quartararo is worried about some of the upcoming MotoGP races.

The engine performance of Yamaha has made headlines already in 2020 MotoGP season with failures for Rossi and Franco Morbidelli, but the two weekends at Red Bull Ring saw more chatter about the brakes, where all four of their bikes had larger troubles than other manufacturers.

While the first Austrian GP saw troubles for Quartararo, the second one caught Maverick Vinales out, as the Spaniard had to jump off his bike at over 200 km/hr with no brakes. This happened despite Brembo working with Yamaha to solve the issues.

For Rossi, he had issues with brakes before the red flag but in the second part, it was fine, as he finished ninth eventually. “I knew that we would have to suffer a bit here, especially in the second weekend, because all the other manufacturers and riders were stronger and able to improve their pace after the first Spielberg race weekend,” he said.

“We’re a bit worried because, though we knew this track isn’t fantastic for us, we had hoped that the gap to the others would be smaller. So, it was a difficult race, with another red flag. Fortunately, Maverick was able to jump off the bike in time, it was a very scary moment. In these last two weekends we were on the limit with the brakes, especially with the Yamaha.

“I had a problem with it last week, and this week we modified it, working together with Brembo. In the first race today, the brakes were not fantastic, but in the second race the brakes were good, and I didn’t have any particular problems. Now we have to work and hope that in other tracks, like Misano, we can be more competitive,” summed up Rossi.

Teammate Vinales, though, was relieved to have jumped off the bike as he revealed he started to lose them from Lap 4 onward. Despite the apparent trouble, the Spaniard did not choose to pit which irked Suzuki’s Alex Rins after they were hurt the most.

“I was losing the brakes from lap 4 onwards,” said Vinales. “I tried my best. I tried to overtake Dovizioso, and I did overtake him, but suddenly on the straight he overtook me again. These have been three really tough races where we could have done a really good job, but due to our mistakes we’re not at the front.

“For sure, the crash was amazing. I never had that feeling before, where I completely lose the brakes and have to jump off. I understand how it happened, the brake overheated, but for sure it’s not a common problem. Luckily, I’m okay. This is the most important thing. I will be 100% fit again in Misano,” summed up Vinales.

While the factory Yamaha duo had their issues, the Petronas SRT side did not have a great run either where Quartararo was only 13th and Franco Morbidelli 15th. The Frenchman just hung onto the MotoGP points lead by three over Ducati’s Andrea Dovizioso.

After the highs of Jerez, it has been a difficult three runs and this has worried Quartararo for races in Barcelona, Aragon and Valencia, which will constitute five rounds of the championship at a crucial juncture for the riders fighting for the title.

“It was more difficult than we thought it would be,” said Quartararo. “I was behind many riders in the race and we saw that the potential of our bike was not so great compared to those others. We were losing a lot in different areas. We need to find the solution to this because this will be a problem at Barcelona, Aragon and Valencia, where there are a lot of straights.

“It is something we need to understand so that we can improve upon it. I’m really looking forward to when we go to Misano because we should be better there; it wasn’t so fun to ride here today! There is the positive that we still have the championship lead though. We need to be on the podium at the upcoming races and get the feeling back that we had in Jerez. This will be the main target for Misano,” summed up Quartararo.