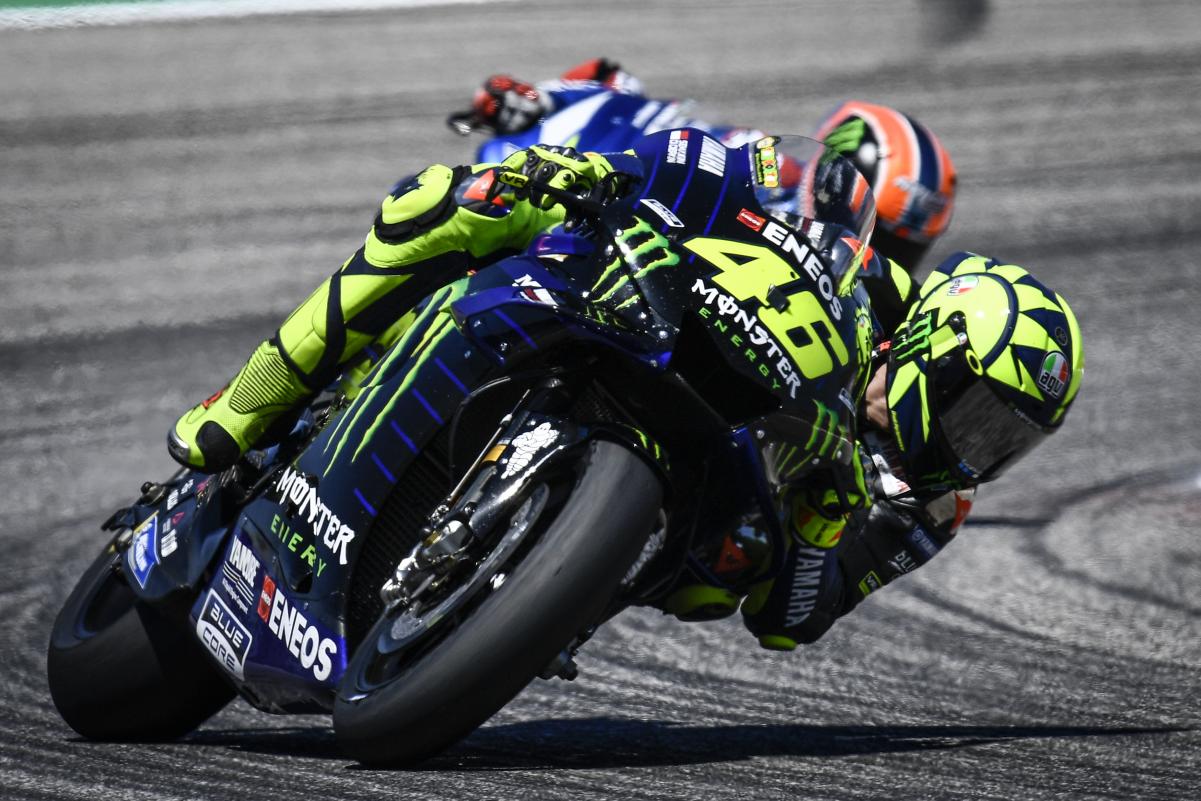 Yamaha’s Valentino Rossi was left frustrated after he couldn’t win the Americas MotoGP race but was happy for stronger Suzuki’s Alex Rins.

Rossi started well in Americas MotoGP at Circuit of The Americas to be behind Honda’s Marc Marquez while he kept Pramac Ducati’s Jack Miller at bay for long. He tried to stay with Marquez but the Spaniard was just too strong and managed to pull away.

The opportunity though opened up when Marquez crashed out from the lead. The camera immediately panned to Rossi, who looked in good shape to score his first MotoGP win since the 2017 Dutch GP – which was nearly more than two years ago.

However, it wasn’t to come easy as Rins put himself in a prime position after clearing host of riders including Miller to slot behind Rossi. The younger Spaniard waited for his opportunity and finally was able to pass the Italian for the lead.

Rossi came back on him but he went wide with Rins re-taking the lead and keeping it until the end to score his career’s first MotoGP win after beating the legend of the sport with the Yamaha rider having to settle for second with mixed emotions running through.

“I’m very very sorry because it was a good chance for the win,” he said. “And it’s a long long time since I won, so I’m very frustrated from this. But from the other side, I tried. I tried everything and I did a very good race.

“I stayed in front and also after the Marc crash, I continued to push. But at the end, my problem was Rins, who was a bit stronger than me. I tried the maximum. I committed some mistakes unfortunately.

“Maybe if I did everything perfect the I could have tried to attack him but he was a bit better than me in the last laps. So, mixed feelings. From one side, sorry for the victory but from the other side it’s a great result after a great weekend as I was strong.

“20 points for the championship, means it is very open, but especially it looks like we are good this year, we are strong, the bike has improved. These are the most important things because maybe we can fight a lot of times.”

Rossi explained that he tried to stay in touch with Marquez at the start but he couldn’t. He was all in praise for Rins though while talking about his fight with the Suzuki rider. “Rins was a bit faster than me in braking, he was good in acceleration and he ride very well.

“He did some good lines to avoid the bumps. I made a mistake at Turn 11 – he arrived wide but I arrived wider than him and I lost. On the last lap I did a very good lap, I tried the maximum but I didn’t want to try crazy because 20 points are important.

“He was a bit stronger, it’s like this.” The positive results in the last two grand prix has put Rossi in a good position as he sits second behind Ducati’s Andrea Dovizioso by three points with Rins a further two behind of the Italian.