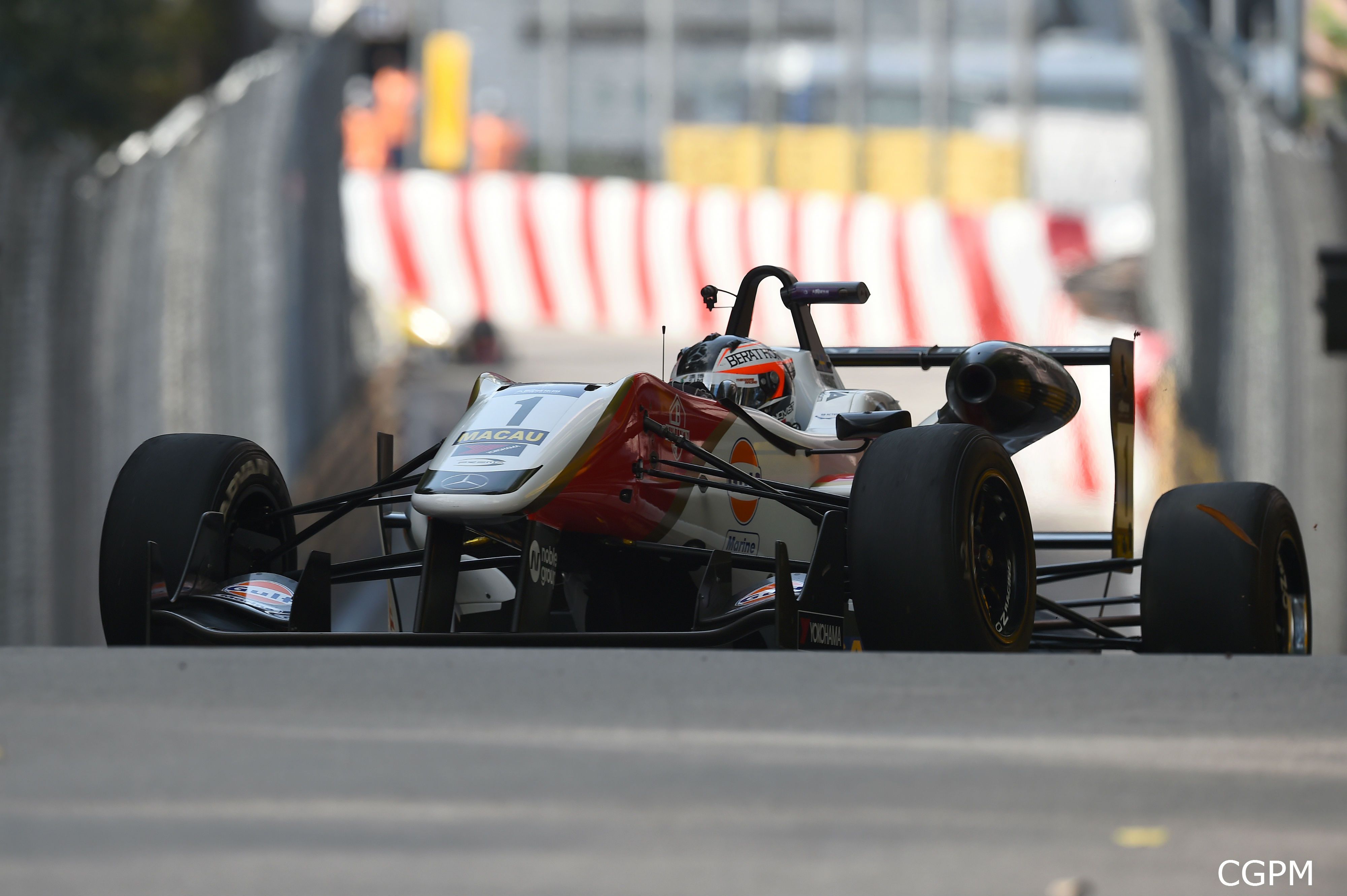 Felix Rosenqvist won the Qualifying Race for the Formula 3 Macau Grand Prix. The Swede was actually 2nd behind Giovinazzi, but he got a drive through penalty for causing a collision. Leclerc and Sims finished 2nd and 3rd.

It might just be a qualifying race, but it’s the most important one, as this one decides the grid positions for tomorrow’s Macau Grand Prix.

Kenta Yamashita (Tom’s) had to start from the pit lane after his car decided not to start.  Felix Rosenqvist kept the lead while Juncadella tried to defend 2nd place with Giovinazzi, but they made contact causing Juncadella to spin in turn 3, which made other drivers crash into him. The Safety Car had to make an appearance while the cars of Daniel Juncadella (Fortec Motorsports), Ryan Tveter (Team West-tec), Callum Illott (Carlin) and Alexander Albon (Signature) were retired from the track. Felix Rosenqvist led ahead of Giovinazzi, MacLeod and Sette Camara.

The rest of the race was calm, without any incidents, with  Giovinazzi (Carlin with LC8.com) winning ahead of Rosenqvist (Theodore Racing by Prema) and Leclerc (Van Amersfoort Racing).

However, Giovinazzi was given a drive through penalty for his incident with Juncadella on lap 1, meaning the victory was for Rosenqvist with Leclerc and Sims in the podium. Sam MacLeod was 4th with Markus Pommer 5th, Sergio Sette Camara 6th, Ferrucci 7th, Lorandi 8th, Maini 9th and Jake Dennis 10th.