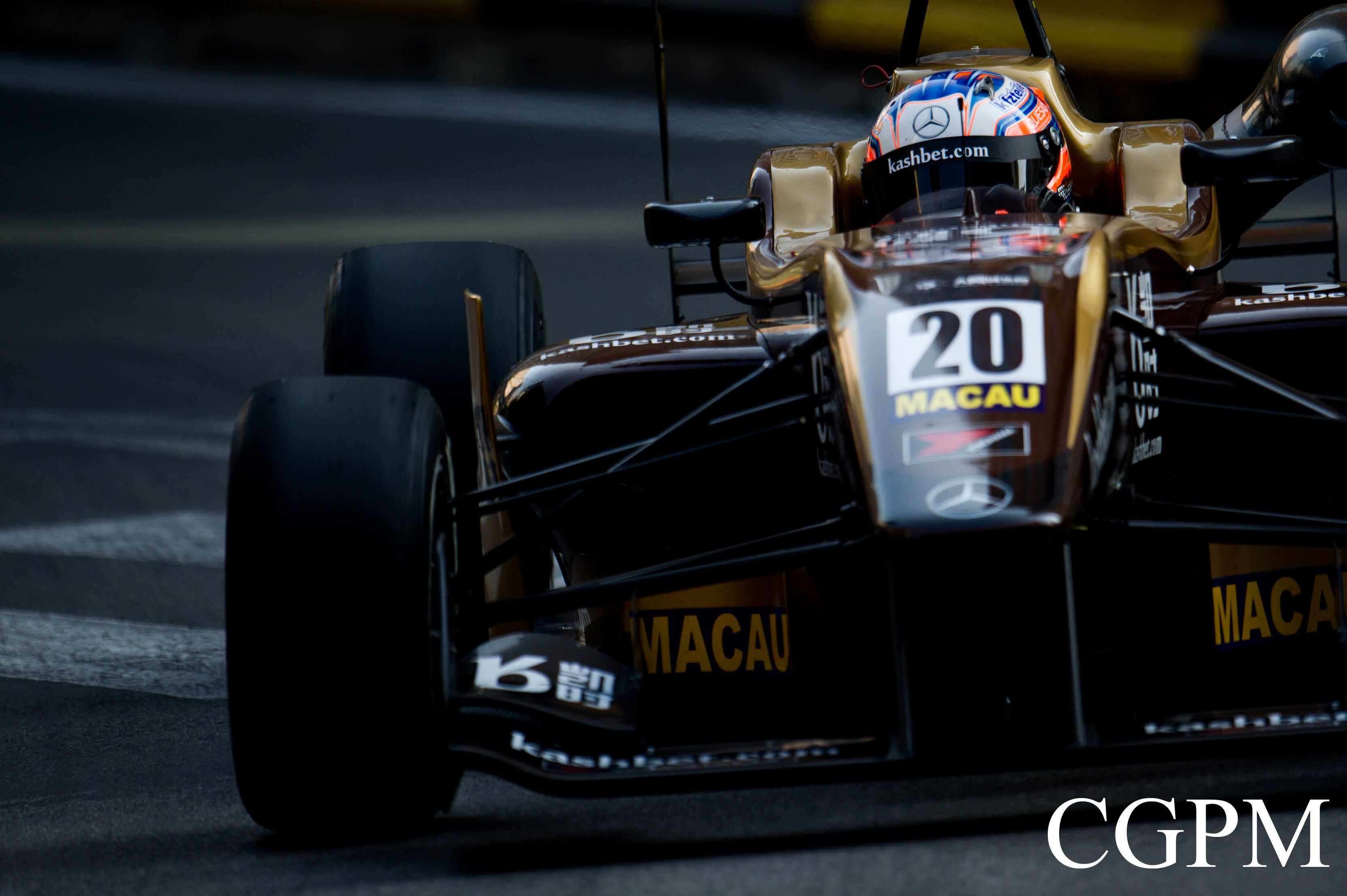 Felix Rosenqvist took the victory of the 2014 Formula 3 Macau Grand Prix in his forth try. Finally the Mücke Motorsport driver clinches this prestigious race that today had an accidental start. Auer completes the one-two for Mücke as Cassidy completes the podium. Verstappen made an incredible comeback from P24 to P7.

Only Rosenqvist, Auer, Cassidy, Merhi, Latifi and Serrallés avoided the crash. The mechanics had a lot of work to do in the grid, especially in Menezes, King, Takaboshi, Wells, Pommer, Goddard, Verstappen, Coletti, Buller, Fuoco cars but the drivers need to be very pleased of his team’s job.

The race restarts under safety car with 22 out of 28 cars ready for the race Rosenqvist was the first behind the safety car followed by Auer, Cassidy, Merhi, Latifi, King, Serrallés, Coletti, Ferrucci and Yamashita completing the top10.

With the green flag, Auer had tried to overtake Rosenqvist but he made a mistake and downs to third place behind Nick Cassidy. With 3 laps to go the action rejoins the race with Auer overtaking Cassidy to make the one-two of Mücke Motorsort.