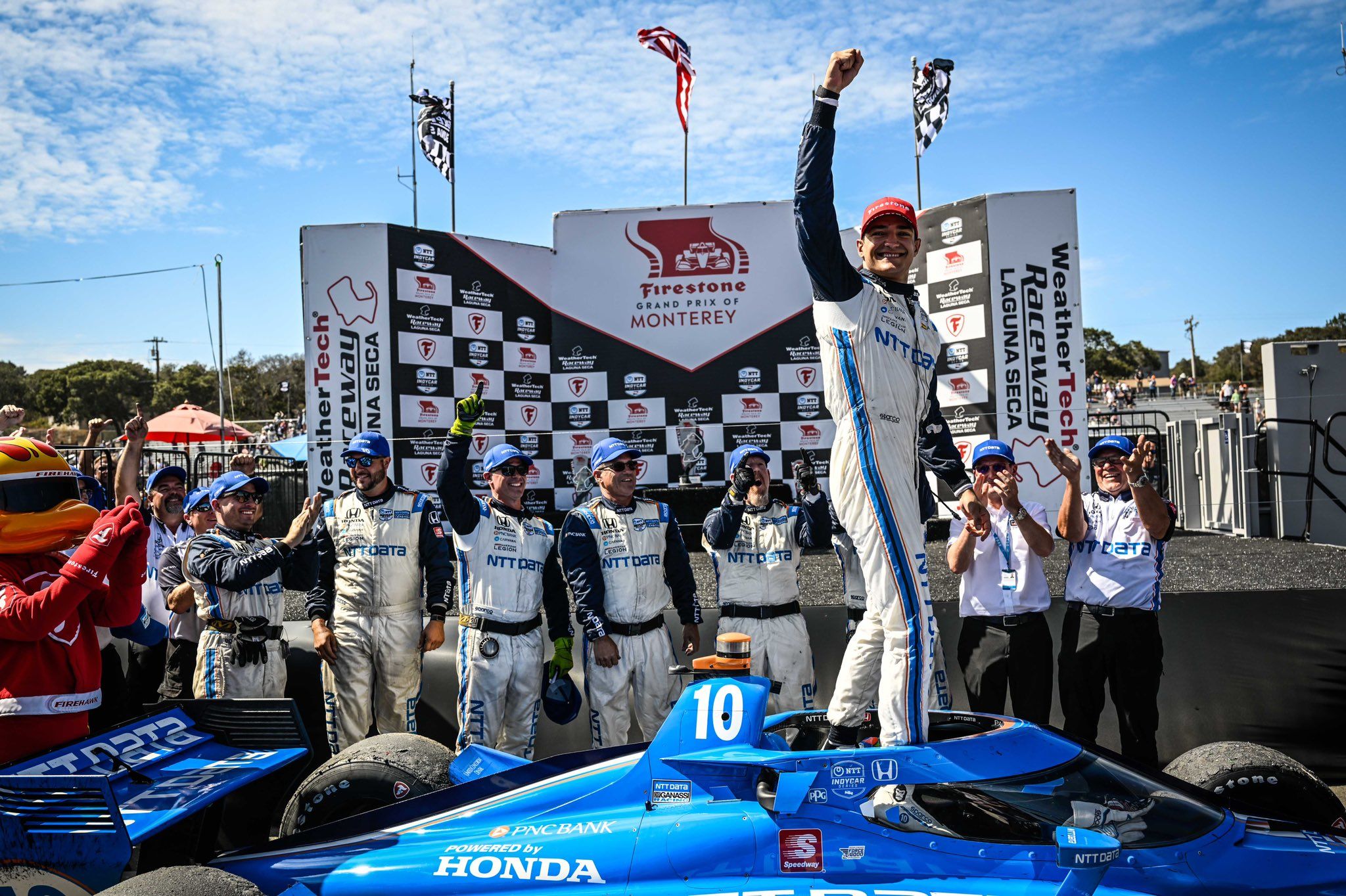 Felix Rosenqvist has been confirmed to stay with Arrow McLaren SP in IndyCar for 2023 season, as Alex Palou sticks with CGR amid his F1 test.

After months of drama which spilled out in court as well, there is a resolution in the matter after settlement of the drivers involved with their respective teams. As a result of which, Rosenqvist will stay with Arrow McLaren SP in IndyCar for the 2023 season.

It was announced few months back that Palou would switch from CGR to McLaren in the hope for a F1 seat in future. But there was a hurdle in between as CGR claimed it was a breach of their IndyCar contract between them and the Spaniard.

The case was taken into the court as McLaren resolved a matter between Alpine and Oscar Piastri to sign the Australian for a F1 drive alongside Lando Norris. While all this played out, the matter in America seemingly inched towards an out of court settlement.

As noted above, Rosenqvist stays with Arrow McLaren SP alongside Pato O’Ward and Alexander Rossi, while Palou will stick with CGR for 2023 IndyCar season. The Spaniard has been allowed to undertake a F1 test with McLaren at Barcelona today.

He is driving the MCL35M under the TPC programme where Colton Herta and O’Ward are speculated to drive this week as well. “I’m excited to announce that CGR and I have come to an agreement and I’ll be back in the No. 10 car next season,” said Palou. “Looking forward to a BIG 2023. I’m also grateful that CGR will allow me to pursue F1 testing with McLaren outside of my INDYCAR commitments.

“Thank you Chip, Mike and the entire team for your willingness to work together and help support both the team and my personal goals throughout this process.” At the same time, Palou added: “There’s no better way to enter the off-season than with this news! I love this team, and I’m so happy to continue working with all the incredible people I’ve gotten to know over the past two seasons.

“With everything the team has in the pipeline, the continuing relationship with Pato and the addition of Alex Rossi, we are going to bring our A-game for 2023. It will be the most exciting season for me so far. Let it be March already!”

And finally Zak Brown stated: :I’m delighted that Felix will again be racing with AMSP through 2023. He had a strong 2022 season, and I look forward to seeing what he, Alex Rossi and Pato O’Ward can do when they join forces in papaya.”