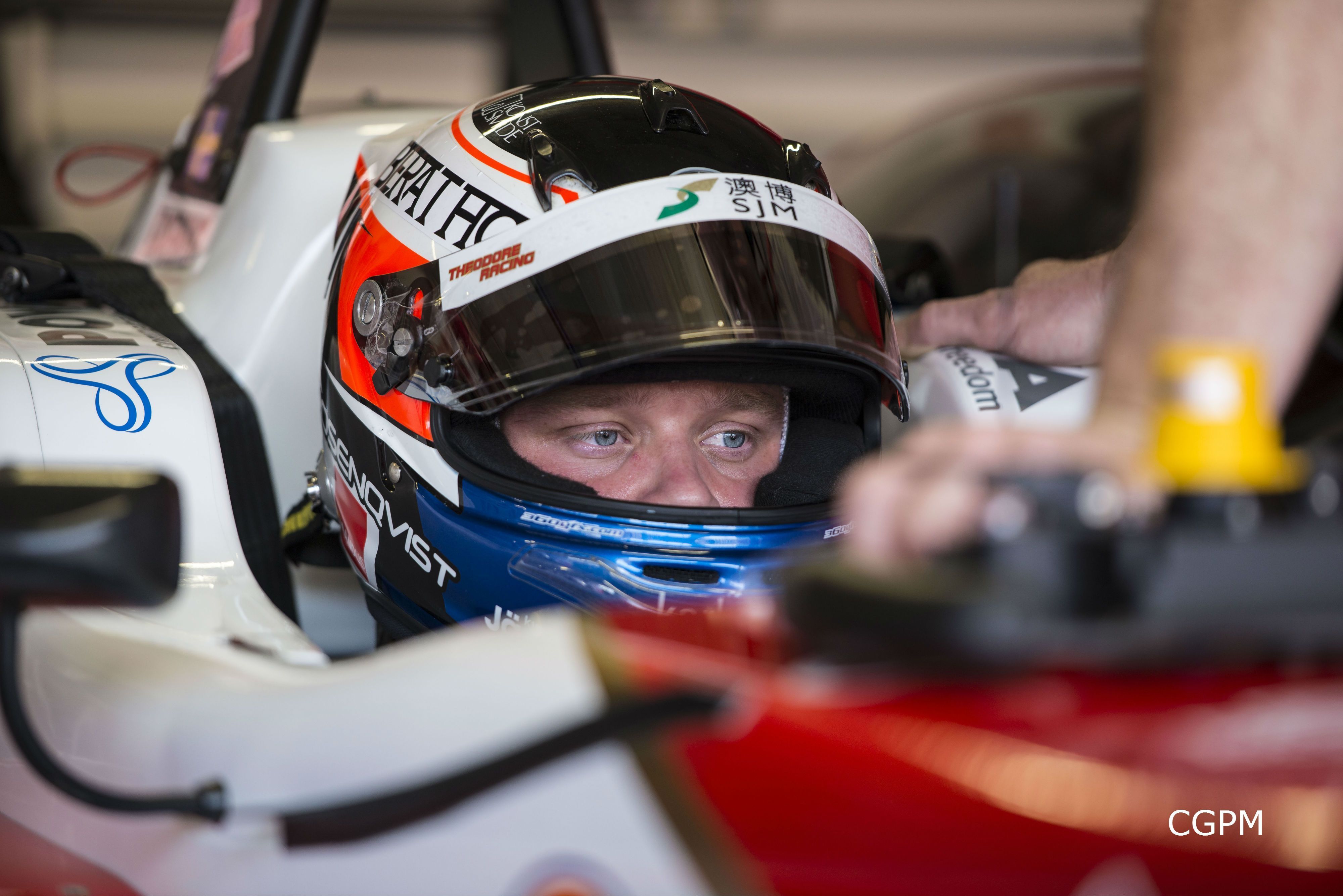 The SJM Theodore Racing by Prema driver had been fastest overall in Thursday’s first qualifying session, but had it all to do again after Van Amersfoort’s Charles Leclerc moved to the top of the timesheets halfway throughout today’s session.

After switching to some new tyres, Rosenqvist responded brilliantly – producing a sequence of laps to secure the top spot as his rivals started delivering their best.

Behind him, Daniel Juncadella left it late to deliver his best and the Spaniard was on the verge of taking the top spot.

But well aware that there was a chance he could lose pole position, Rosenqvist had to push hard again and eventually edged himself two tenths clear.

His pole spot was then secured when the red flag came out with four minutes remaining after Antonio Giovinazzi crashed just after Matsuya Bend. With not enough time to restart it, a Rosenqvist and Juncadella front row was secured.

Rosenqvist said: “Definitely the two guys (Leclerc and Juncadella) game me a lot of push today. When they told me on the radio that Dani was on a similar lap time to me, I had to put the next gear in and risk a lot to do the lap. But I was happy to do it.”

Juncadella, who will start ahead of Leclerc and Giovinazzi, had no complaints at not getting another shot at pole because of the shortened session.

“I think I could not be happier,” said the Fortec driver. “I was hoping to just get a top five result but after changing tyres I had a really good spot on track.

“I focused on trying to risk the maximum but because the team gave me a really good car, I was on the floor the whole lap. I didn’t expect to be that close to pole and it is the best feeling I’ve had all year.”

An earlier red flag had been brought out when Carlin’s Callum Ilott swiped the barriers on the exit of San Francisco Bend after just five minutes.