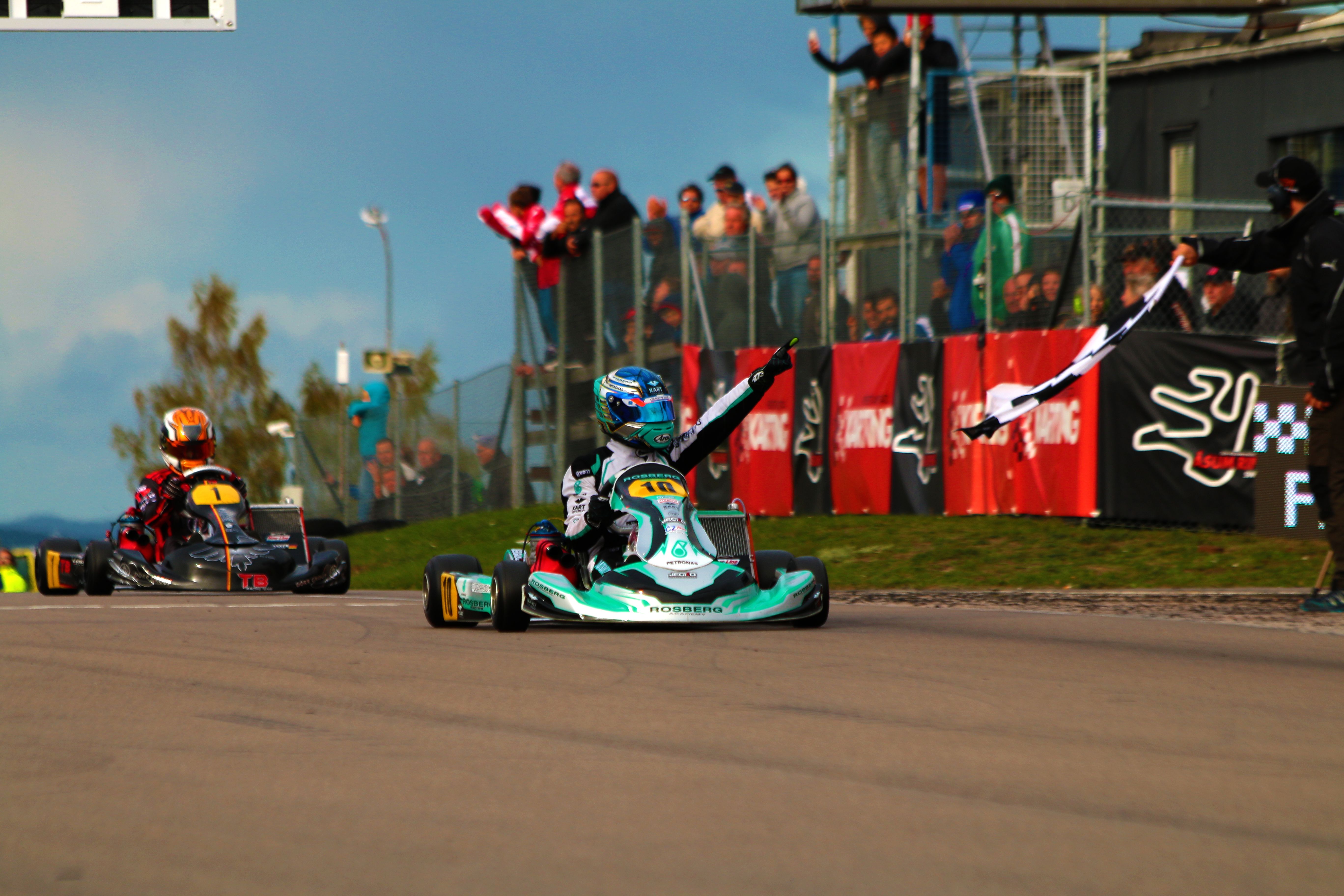 At the start of the race, Travisanutto kept first place as pulled away from the rest of the group. Behind the Italian, Janker got rid of Spaniard David Vidales of Tony Kart Racing Team for second. BirelART’s Luigi Coluccio was fourth ahead of local driver Noah Milell (Tony Kart Racing Team).

On the second lap, Vidales tried to pass Janker in a very aggressive move but he could not make it which allowed Coluccio to sneak into third with Milell then passing as well, dropping Vidales to fifth.

However, the Spanish driver immediately retook the position which initiated a back and forth fight for fourth place and limited their chances to target the podium position. Harry Thompson, a European runner-up this season, also tried to pass both the drivers but he couldn’t penetrate through the defences of his rivals.

Because of this fight, the Top 3 built a considerable gap with the fight between the Tony Kart drivers continuing on which ended up in a collision. Fortunately for them, both could continue without any major consequences.

Meanwhile, in the fight for the lead position, Janker caught Travisanutto and around Lap 9, the German overtook the Rosberg team’s driver with a spectacular move. It was then for Travisanutto to get back on Janker in the remainder of the race.

The battle for fourth soon became four-way fight with Vidales being joined by Dexter Patterson (Kart Republic) – last year’s OK-Junior world champion – Milell and Thompson. It was Patterson who passed Vidales to finish on top of the four-way fight.

In the battle for the title though, Travisanutto managed to reduce the gap to Janker and with two laps remaining, the Italian driver passed Janker in the second sector in a supreme move (photo below) to retake the lead and eventually prevail on to not only win the race but also the title. 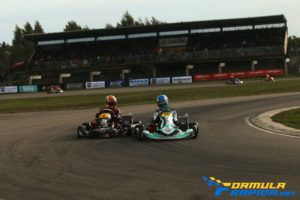 Thus, Nico Rosberg’s driver Lorenzo Travisanutto won the Final to become the 2018 Karting World Champion in OK category with Janker finishing the Final in second position – only half a tenth behind. Coluccio completed the podium.