Home F1 Rosberg the fastest before the qualy 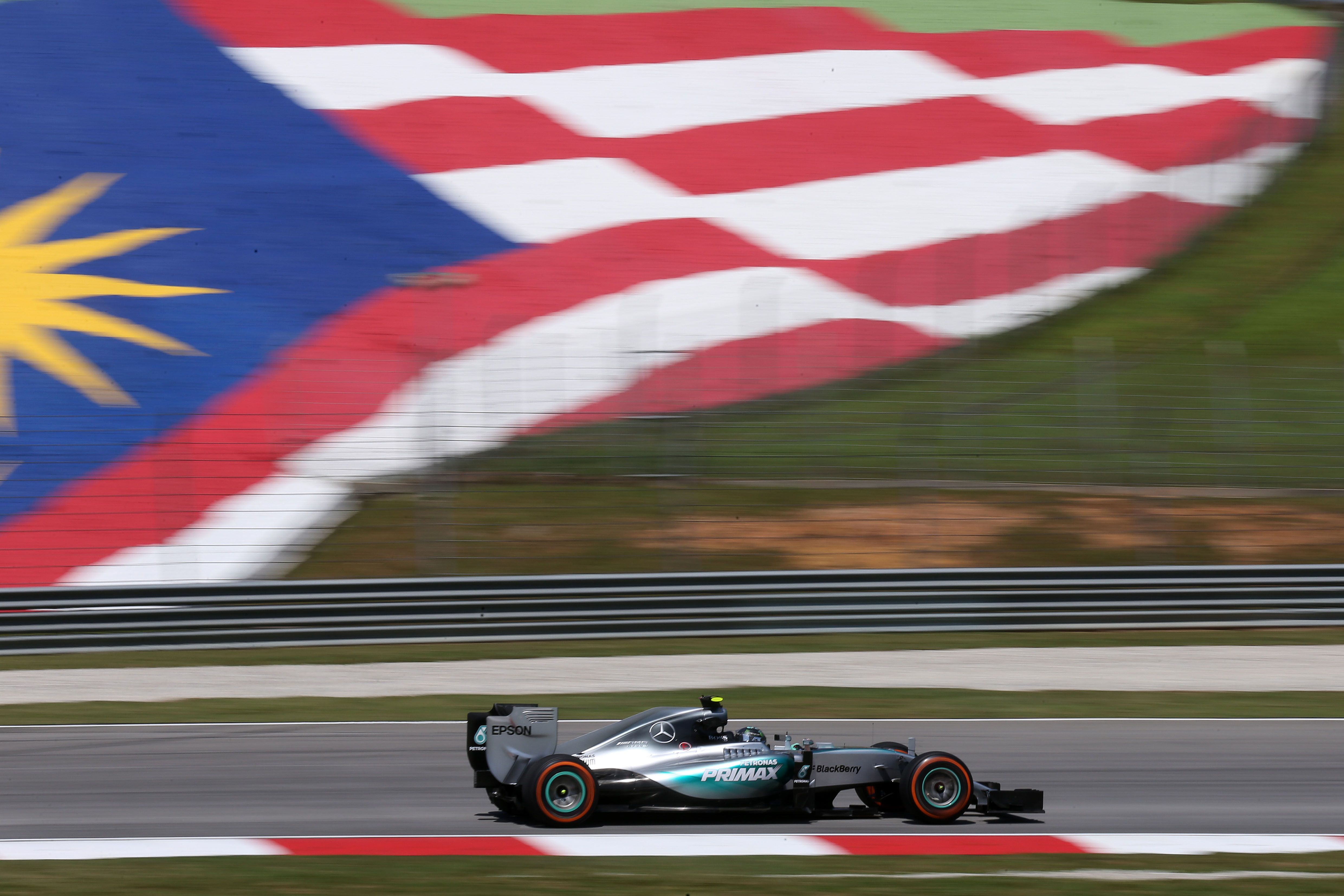 Nico Rosberg has been the fastest during the final practice of the Malaysia GP. The German finished in front of Hamilton and the Ferraris who are half a second behind the silver arrows.

The Stuttgart cars of Mercedes still dominating this V6 era and today in the final practices of the Malaysian Grand Prix in Sepang the battle between them has continue.

Immediately behind the Mercedes are the Ferraris with Raikkonen and Vettel showing an impressive pace, faster than the Williams.

In the middle of the pack, it continues the battle between Red Bull and his young brother team, Toro Rosso, and the good pace of the Saubers’ as well.

At the back of the pack, the McLarens and the Manors. The Dutch-British team is so slower with the 2014 car, Merhi and Stevens finishes 7 seconds behind Rosberg.