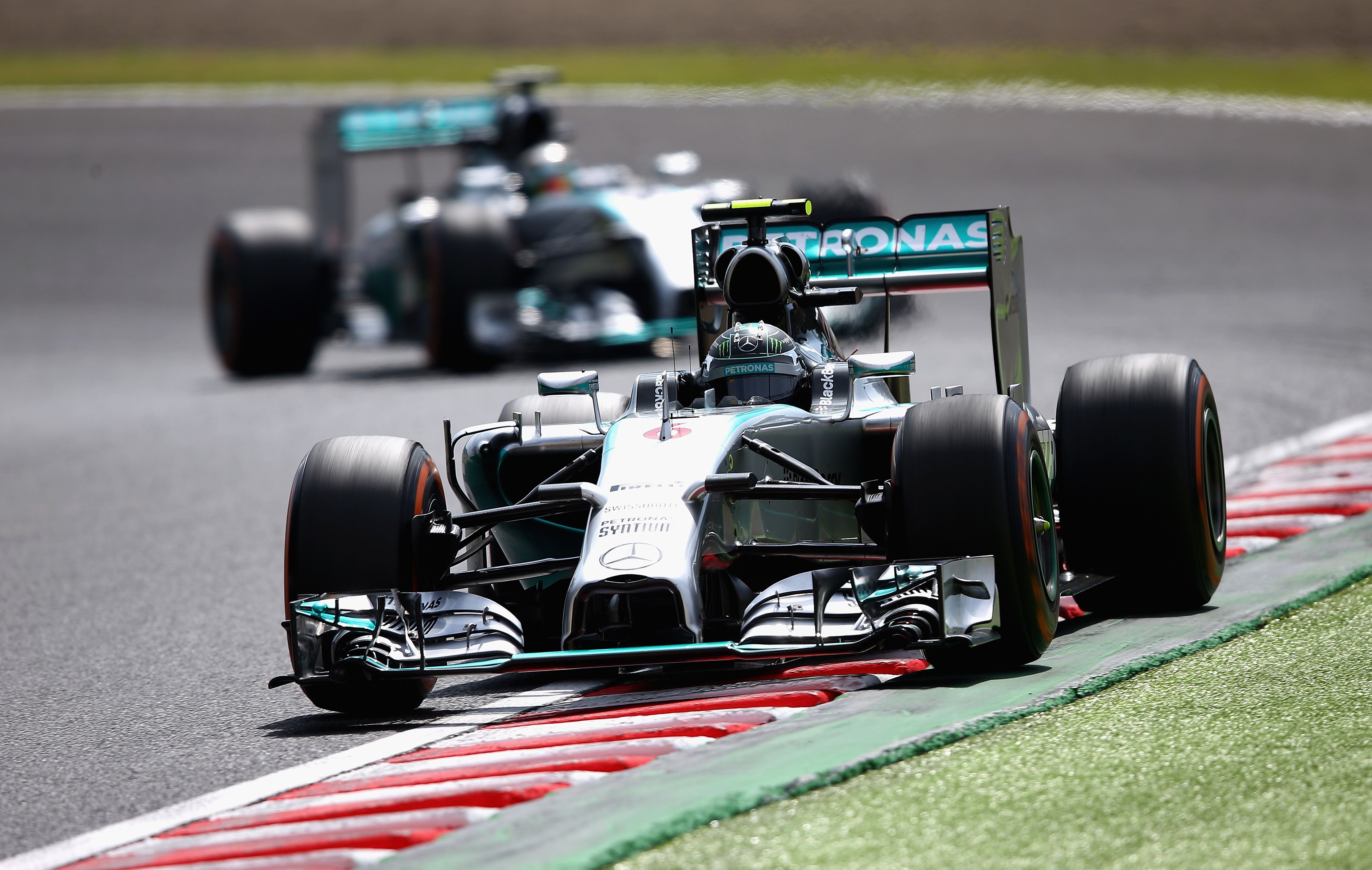 Nico Rosberg took a key step forward in his quest to wrest back the lead of the world championship from Mercedes team mate Lewis Hamilton when he beat the Briton to pole position by 0.197s in Saturday afternoon’s qualifying session in Japan.

Hamilton had shrugged off his morning crash in FP3 to beat Rosberg by 0.060s in Q1, where he topped the times with 1m 33.611s on the hard-compound Pirellis. Further back, both Saubers vaulted into Q2 in the dying moments on the medium rubber, at the expense of the Lotuses which struggled for traction. Pastor Maldonado ended up 17th on 1m 35.917s with Romain Grosjean 18th on 1m 35.984s. But having used his sixth engine this weekend, Maldonado will drop five grid places here, with the remainder of his 10-place penalty carrying over into Russia next weekend.

Rosberg headed Hamilton by 0.032s in Q2 on 1m 32.950s, after a lock-up at the hairpin cost the latter a little bit. They were so far ahead they didn’t have to do second runs, as Ferrari’s Fernando Alonso chased the Williams duo of Valtteri Bottas and Felipe Massa in their wake.

In Q3 Rosberg ruled the roost, setting the fastest time of 1m 32.629s on his first run and paring that down to 1m 32.506s to get the job done. Hamilton locked up going into the hairpin on each of his runs, and his 1m 33.703s just came up short on the faster of them.

But the Mercedes duo were again light years ahead of the opposition, led again by Williams as Bottas posted 1m 33.128s for third ahead of Massa on 1m 33.527s. Alonso was again the closest to them, with 1m 33.740s for Ferrari.

Red Bull had to be content with Daniel Ricciardo in sixth on 1m 34.075s and Sebastian Vettel ninth on 1m 34.432s. The Australian will share row three with Alonso, while the McLarens of Kevin Magnussen and Jenson Button share row four on 1m 34.242s and 1m 34.317s respectively. Vettel was joined on row five by Ferrari’s Kimi Raikkonen, who lapped his F14 T in 1m 34.548s.