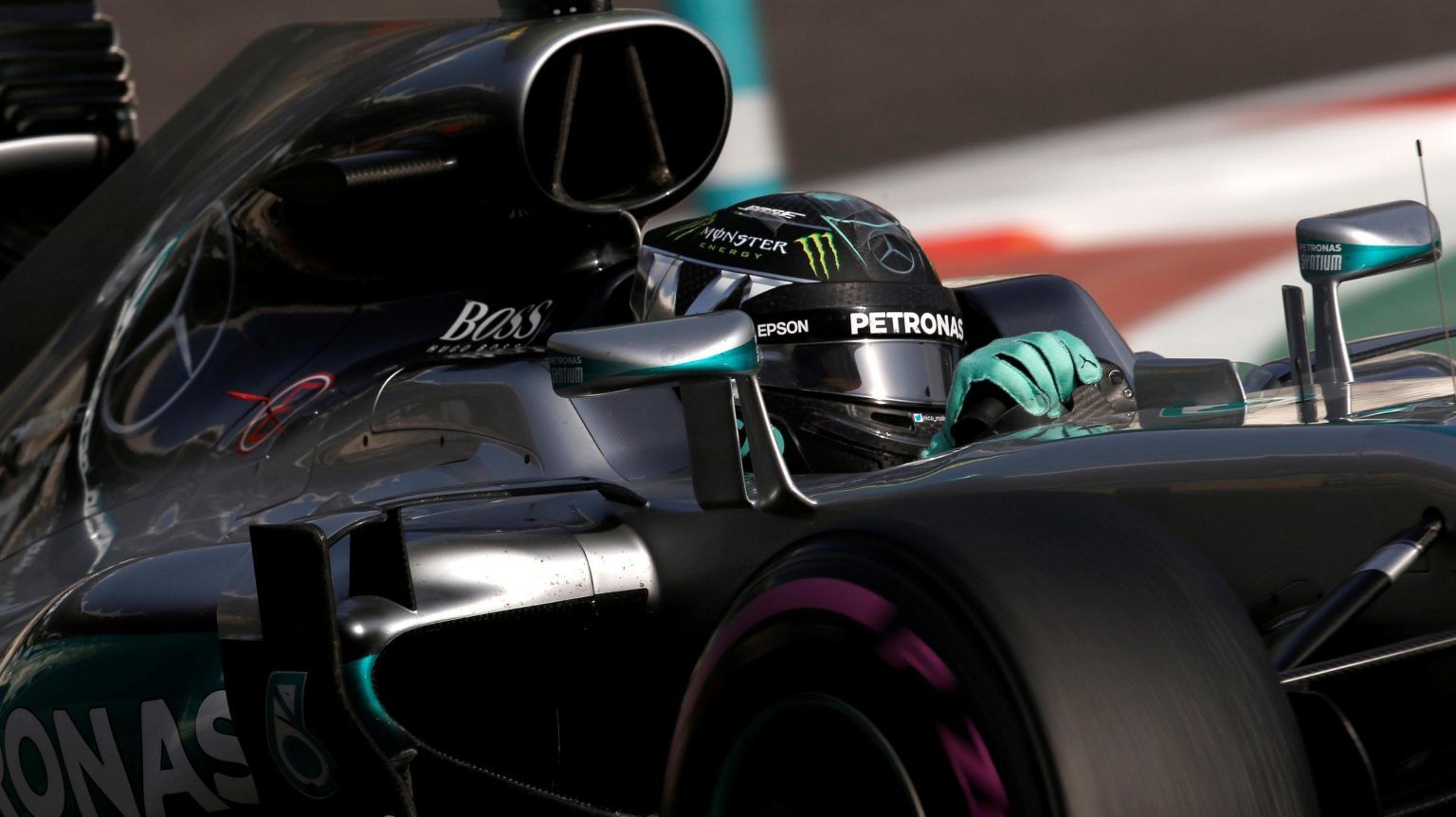 Nico Rosberg has taken his first Formula 1 world-championship thanks to his second position in today’s Abu Dhabi Grand Prix. Lewis Hamilton won the race and Sebastian Vettel completed the podium.

At the start an impressive Räikkönen overtook Ricciardo for third position while Hamilton led turn one ahead of Rosberg. Verstappen made a poor start and made contact with Hulkenberg which makes him drop to last position.

In the early laps Williams drivers were fighting for ninth position. But the team leader, Valtteri Bottas had to retire due to technical failures. Kevin Magnussen (Renault) had to abandon as well.

With Ferrari of Kimi Räikkönen putting pressure on Mercedes, they decided to stop earlier to keep the lead of the race. That was very helpful for Max Verstappen -who didn’t stop with supersoft tyres, joined second position ahead of Rosberg. After 11 laps behind the Dutchman, the German get the inside at turn 8 but, Verstappen re-took the position. Anyway Rosberg got the outside to finally overtake the Red Bull driver at turn 11.

Meanwhile, Jenson Button (McLaren-Honda) had a front right suspension failure which cause his retirement in his last Formula 1 race. The 2009 champion received the cheers from the fans, family and his team. Daniil Kvyat (Toro Rosso) also abandoned the race due to gearbox failure, his team mate Carlos Sainz also abandoned for that.

When Verstappen finally joined the pits for his first and last pit stop on lap 22, Hamilton was leading the race, ahead of Rosberg and Raikkönen. Ricciardo was between the Ferrari’s with Vettel fifth. Force India followed them on sixth and seventh (Hulkenberg P6, Verstappen P7), then was Verstappen, while Massa and Alonso completes the top10.

On second pit stop, Ricciardo was able to overtake Kimi Räikkönen but he joined behind Max Verstappen who overtook bot Force India’s rapidly. Anyway, Sebastian Vettel continued on track in the lead and joined the pits 15 laps later, the 4-times-world-champion joined the track with super soft and started his comeback.

The German overtook Räikkönen easily and then did the same on Ricciardo. With Hamilton going slowly in the lead, Vettel overtook Verstappen as well and with 4 laps remaining, the Ferrari driver started the battle for the race win with title contenders.

But nothing was enough to avoid Hamilton race victory and Rosberg Formula 1 championship victory.