Home F1 Rosberg takes away the pole from Hamilton 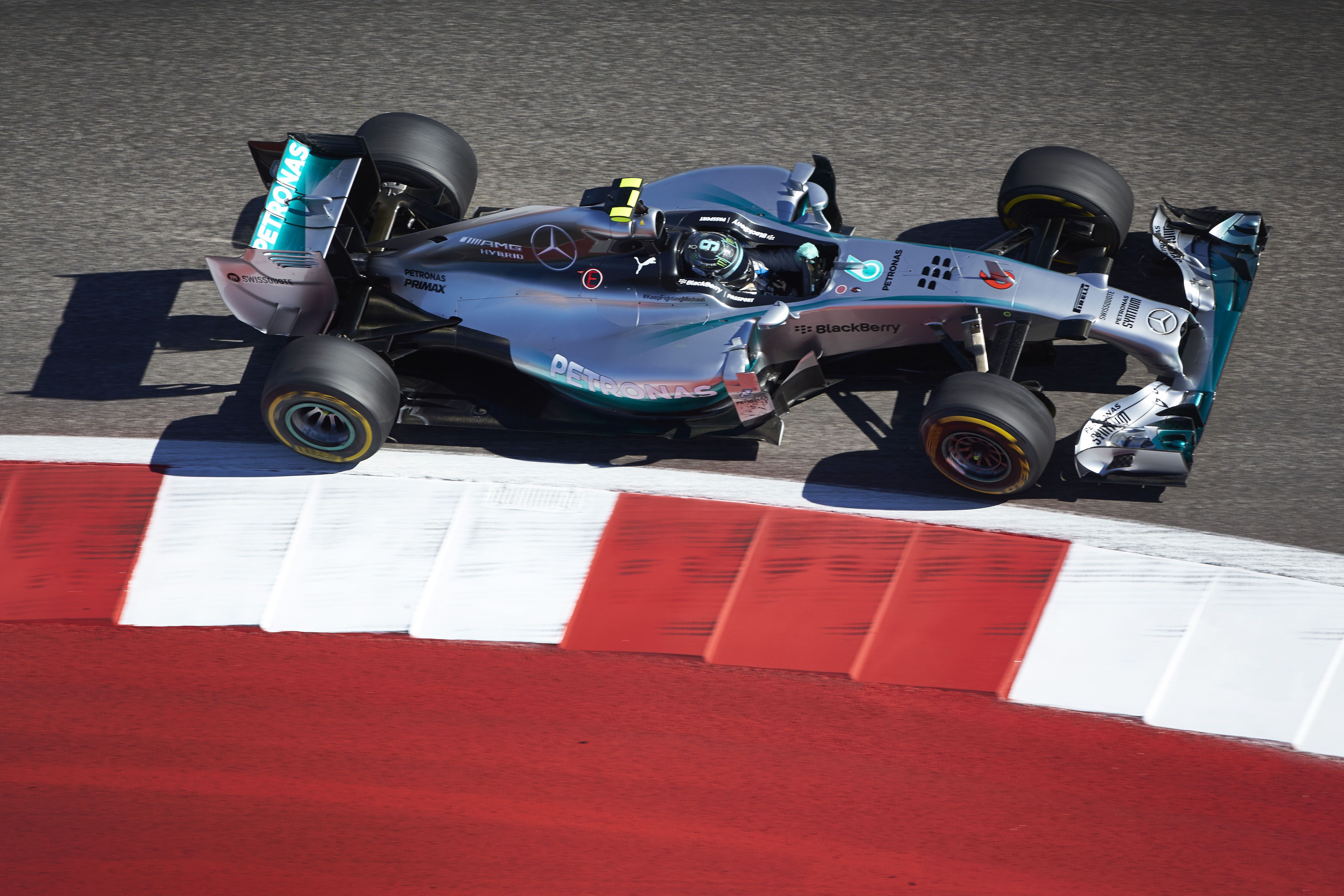 Lewis Hamilton could not be this time at the height of his teammate. And Nico Rosberg has taken pole position with overwhelming authority, lowering the fastest lap of the history at this circuit, and taking up three-tenths upon the British. Williams could not get closer as much as they did in Sochi, but without problems both drivers are placed on the second line.

The classification of the US GP was being the focus of attention from the drivers who arrived on Thursday to American territory. As seen, with the absences of Caterham and Marussia, the disposal system suffered modifications. So today in Q1, we found that only four drivers suffered elimination. Most drivers completed his best lap with the softer compound, leaving some of them in warm up area, as the case of Raikkonen and Ricciardo.

Vettel, meanwhile, just went out to complete a lap track with hard, to overcome the 107%. However the German fall until the penultimate position, beating Lotus Grosjean, who in his best lap committed two mistakes that condemned him to the last position. With the World Champion and the French from Lotus, were eliminated in Q1 the other French team Toro Rosso’s Jean-Eric Vergne, and Esteban Gutierrez from Sauber.

For the Q2 the usual system also had new rules, and four other drivers would be eliminated. In this case the thing behind was very even, with several drivers fighting for a spot in the final round. The Mercedes and Williams ensured their places in the first four positions, Rosberg and a stratospheric time with almost a second away from Hamilton.

Ricciardo and Ferrari also put in a fairly safe position, while Adrian Sutil was setting in spectacular and surprising tenth place. Behind, Maldonado came better, but two errors in the last corners made ??him stay in eleventh place. So the Venezuelan driver stood in front of both Force India, slightly disappointing viewing their chances with the Mercedes engine, and Kvyat, who will start from the last place on the grid due to a penalty of ten places to put the 7th engine.

The Q3, exactly as always, started with 12 minutes to spare for the drivers. Everybody came out to the track for the first attempt except Sutil, who stood in the pits after a great feat to make the cut. At the conclusion of the time for the first nine, Rosberg remained first with a small margin over Hamilton. Behind Bottas seemed close to half a second, with Massa and Alonso completing the Top 5 ahead of McLaren, Raikkonen Ricciardo and hook.

After a few minutes, the drivers turned out on track with thre minutes to go. Ricciardo was the first to close back, standing room, while behind Bottas did not improve and remained third. Later, Rosberg was flying and lowered his own time, so that Hamilton could not reach, and stayed three tenths. Massa regained fourth place, while Button and Magnussen outnumbered Raikkonen and Fernando Alonso, who was sixth. Finally, Sutil scored a discrete record tenth place assured him that morning, because the penalty for Button, it will be a spectacular ninth.

This is all this classification has given us, tomorrow at 21: 00h (CET) returns the action with the start pretty sure that will be a fun United States Grand Prix at the spectacular circuit of the Americas in Austin.