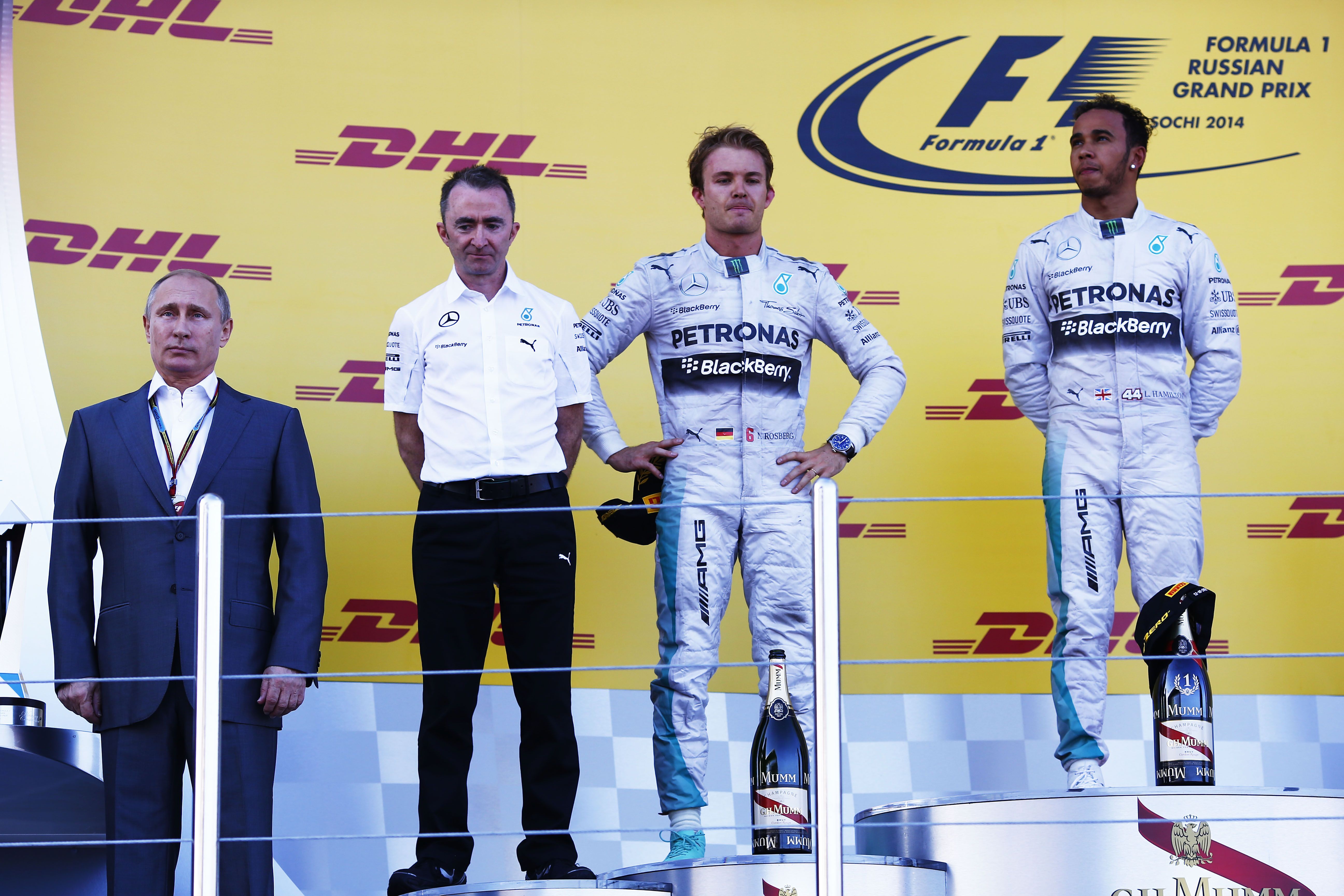 Hamilton took victory from pole, but Rosberg’s performance was all the more remarkable as he changed from P Zero Yellow soft to P Zero White medium tyres on the opening lap, following a lock-up and flat-spot after the start. As a result, the German completed 52 laps – in excess of 300 kilometres – on one set of tyres, having re-emerged in 20th place following his pit stop. Rosberg set his personal best lap time of the race on the 52nd lap, one lap from the end.

Most of the drivers started on the soft tyre, with the highest-placed starter on the medium being Force India’s Sergio Perez in 12th. Perez completed 23 laps on his first set of tyres, before switching to the faster soft tyres to make up places at the end of the race and clinch 10th place. He battled with Williams driver Felipe Massa: the highest-placed two-stopper, who finished 11th after starting 18th on the grid.

Pirelli’s motorsport director Paul Hembery said: “Wear and degradation were extremely low at this brand new track in Sochi, which enabled most drivers to utilise a one-stop strategy and Nico Rosberg to claim second place after completing 52 laps on one set of tyres. Congratulations to Mercedes for winning the constructors’ championship for the first time and we look forward to a continuation of the battle for the driver’s title. This has been a fantastically-organised event here in Russia and we’ve been made to feel extremely welcome at this amazing venue.”

Fastest times of the day by compound:

Longest stint of the race:

We predicted one stop as the fastest strategy for the 53-lap race: start on the soft tyre, change to the medium on lap 34 and then run to the end. Hamilton followed a strategy that was very close to our prediction, making his pit stop from soft to medium on lap 30.