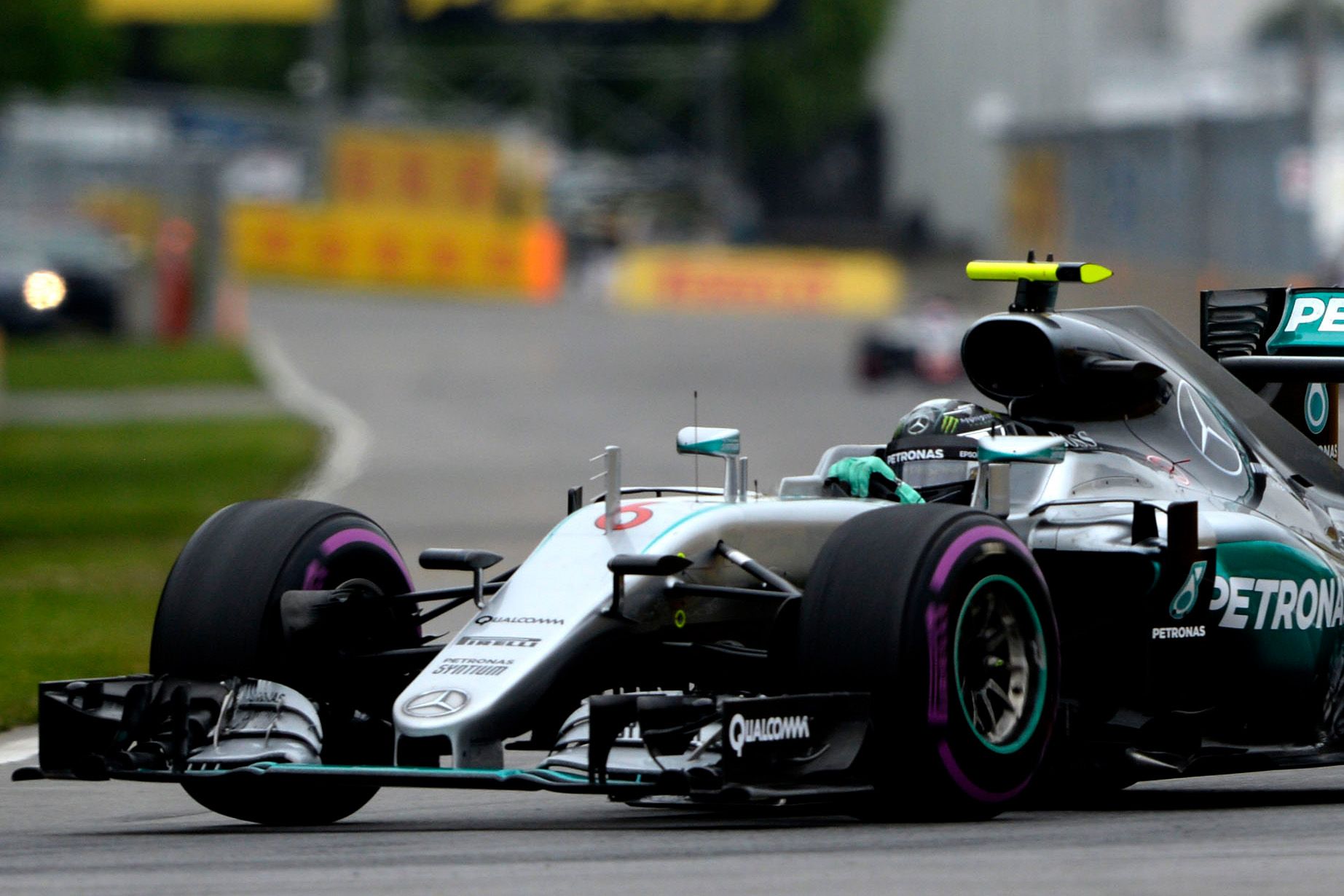 Nico Rosberg grabbed another pole position on the street circuit of Baku ahead of Sergio Perez. Daniel Ricciardo and Sebastian Vettel set the same time for P3 but Ricciardo set his time before Vettel. Lewis Hamilton, after several mistakes, crashed in the early stages of Q3 and will start P10 in the race.

Sergio Perez had a gearbox change after qualifying and would get a 5 place penalty for the race.

Q1: Toro Rosso were the first cars to head on track, Carlos Sainz ahead of Daniil Kvyat. On the first stint, Nico Rosberg was faster than Lewis Hamilton and was faster overall. Romain Grosjean in his first fast lap missed the braking point and went in the run off area at T15, complaining about his brakes. Halfway through the session, Rosberg was leading from Hamilton and Daniel Ricciardo. Ferrari rather waited in their box for a clear track to set their first times. In the last minutes, Jenson Button was stuck in traffic and could not have a clear lap, he would start P19 behind the two Manor.

Out in Q1 are: Haryanto, Wehrlein, Button, Ericsson, Magnussen and Palmer.

Q2: While he was taking the record in the first sector, Hulkenberg spun in T15 and slowed Hamilton with a yellow flag. Rosberg set the fastest time in the first stint while Hamilton was only P8 with six minutes to go. Rosberg was 1,7s faster than Perez in P2. With two minutes to go, Hamilton missed the braking point at T7 and ruined his first attempt in the second stint. Gutiérrez also missed the braking point at T3 while Hamilton saved himself with a very used set of tyres to start the race with.

Out of Q2: Grosjean, Hulkenberg, Sainz, Alonso, Gutiérrez and Nasr.

Q3: Ricciardo was the first one to head out. Verstappen ans Bottas did not understand each other and almost collided when they tried to have their first fast lap. Hamilton, on his first attempt, missed the turn 15 and slowed down his teammate with the yellow flag. Unlike most of the field, Mercedes stayed out to have a flying lap with their first attempt. Perez was leading the session at this point from Vettel.

On his last attempt, Hamilton broke his front right suspension at T10 and his incident set a red flag with 2:05 to go. Meanwhile, Rosberg could set the fastest time.

When the session went green, all drivers went out except Mercedes drivers. With only 5 minutes to make their outlap, the drivers had to attack in their outlap, Massa was sent on track too late to set his time. Like earlier, Bottas and Verstappen impeded each other and the Finn could not improve. Ricciardo and Vettel set the same time for P3 but Ricciardo was the first to set it.

Rosberg set his 25th of his carreer pole position ahead of Perez who would get a 5 place penalty and start P7. Ricciardo would start P2 ahead of Vettel. Raikkonen, Massa, Kvyat, Bottas, Vertsappen and Hamilton complete the top 10.