Home F1 Rosberg gets the pole under the rain in Spa 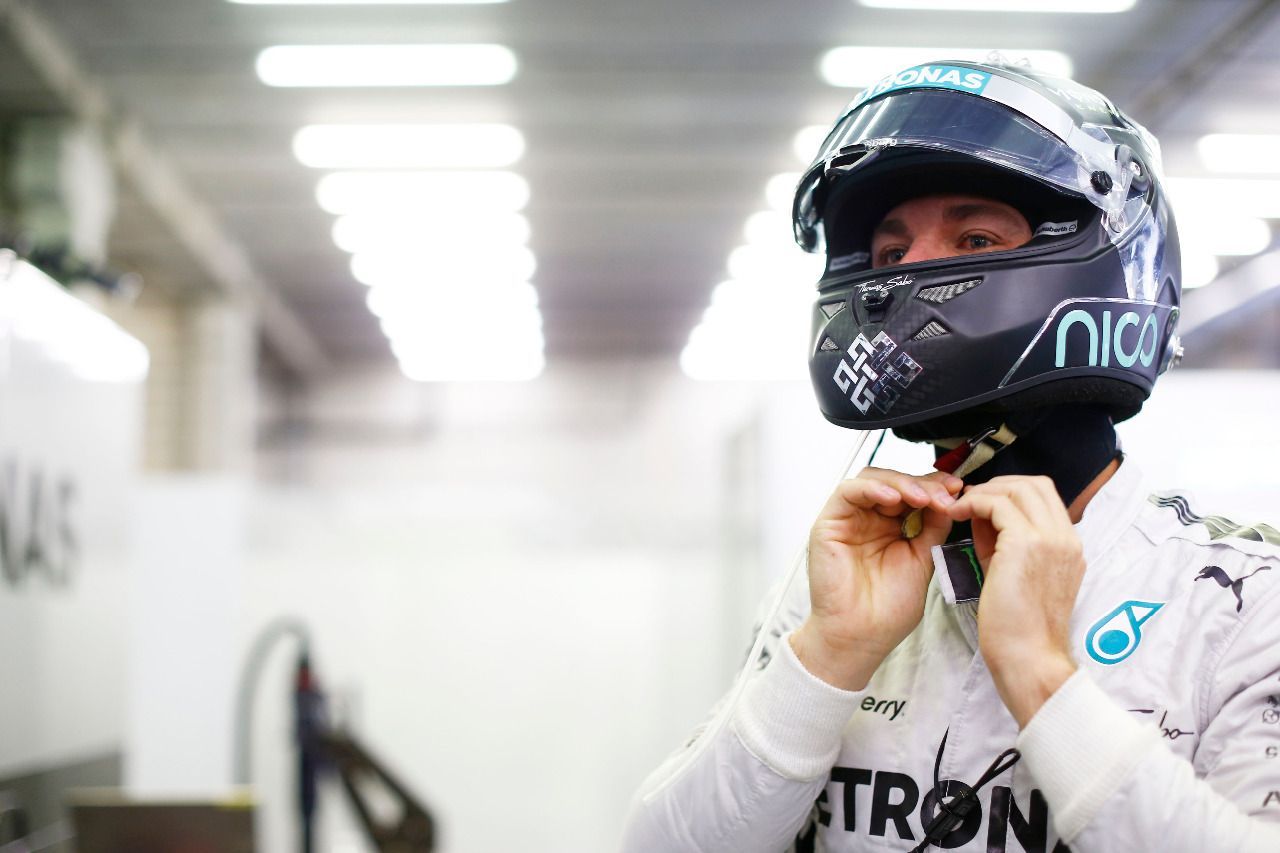 Share
Facebook
Twitter
WhatsApp
Linkedin
ReddIt
Telegram
Nico Rosberg achieved its fourth consecutive Pole Position in the circuit of Spa-Francorchamps. The German has imposed on Lewis Hamilton and Sebastian Vettel in a watered qualifying.
The qualifying began with track soaked in water, as a storm passed over the circuit half an hour before dropping a jar of water accompanied by hail. After that tore the Q1 under the sun and all drivers were with intermediate and wet tyres. As the laps passed the lap times were down, but no one without being able to beat the Mercedes, unbeatable in the first two places.
Already with checkered flag falling at the finish line of the Jules Bianchi Marussia seeped into Q2, as Sutil condemning Hulkenberg as the most talked surprise of the round. With it Maldonado and Gutierrez had stopped earlier by mechanical problems, Chilton and Caterham were also removed, the suprise of the Q3: Lotterer would be a second faster than his teammate Ericsson.
The Q2 began with rain and more rain. Another area of heavy rain reached the circuit, but the drivers did not have to put extreme wet tyres. The Mercedes remained intractable against the Ferrari and Williams made ??sure the transition to Q3. In the closing seconds of the round the Red Bull, McLaren, Toro Rosso and Perez fighting for a place in Q3 would end in the hands of the two top teams. So despite the shock of Vettel, the German got condemning both Toro Rosso and Sergio Perez, were also eliminated by Sutil, Grosjean and a great Jules Bianchi with the modest.
The Q3 began radically different, with the track with a bright sun over the circuit. All out on track with intermediate and two Mercedes were re-located in the front. Behind Vettel surprised Ferrari ahead of Ricciardo, both Williams and McLaren were behind. Five minutes to put new intermediates, with Williams and Alonso coming last. Vettel improved his lap and held on to third place. Leading Hamilton did not improve his registration and Rosberg had a new Pole Position. Since the end Alonso improved to fourth and crawled in front of a Ricciardo had a mistake in his last attempt. Bottas was placed sixth ahead of Magnussen, Raikkonen, Massa and Jenson Button.
So Rosberg achieved his fourth consecutive pole and tomorrow will start from the first position to address his particular battle with Lewis Hamilton. Vettel and Alonso have their words on the second line, while Williams will come hard from behind. So we only need to wait until tomorrow at 14pm to start watching this exciting Belgian Grand Prix.
Results: