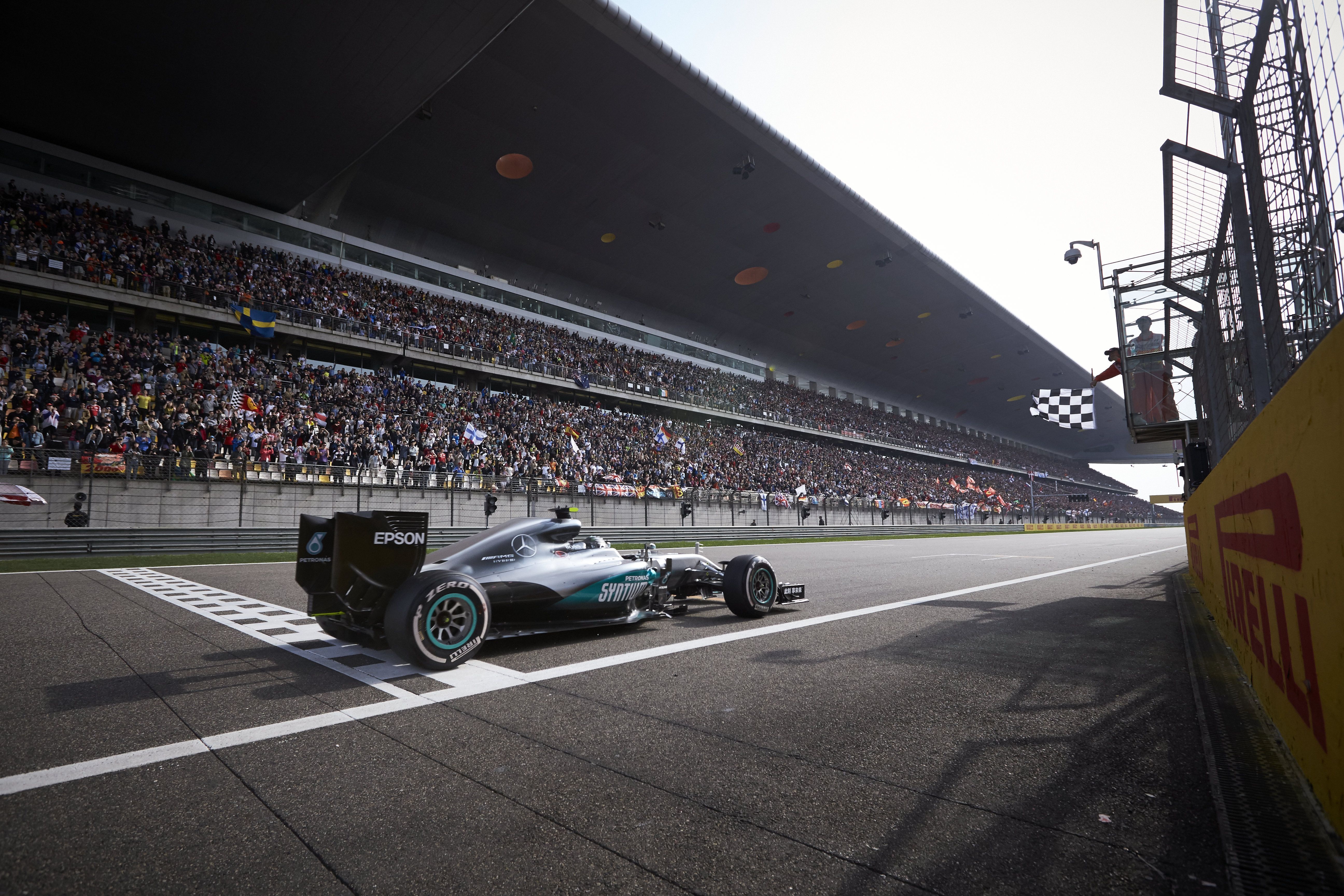 Nico Rosberg dominated the Chinese GP avoiding all the drama happening behind him. Sebastian Vettel and Daniil Kvyat completed the podium.

Rosberg was overtaken by Ricciardo at the start, while the Ferraris crashed into each other, making Vettel break Räikkönen‘s front wing and lose a few positions. Hamilton also made contact with a Sauber, so he had to pit. Ricciardo led the race ahead of Rosberg, Kvyat , Sainz and the Force India, but a puncture due to debris on track made him lose the chance to challenge the Mercedes despite his good pace.

After that, Rosberg had absolutely no rival. The Safety Car came out so that the track could be cleaned. All drivers were grouped together and this allowed Räikkönen and Hamilton to recover more easily from the back. Lots of overtaking made the race full of action in every single lap.

Vettel brought himself up to 2nd place thanks to some great overtaking, even though breaking the nose of the car twice in the race. The Red Bulls showed they’re in good shape with Kvyat‘s 3rd place and Ricciardo‘s recovery to 4th. Räikkönen managed to climb up to 5th, while Hamilton couldn’t do better than 7th behind Massa. Verstappen and Sainz managed to take 8th and 9th place from Bottas at the very end of the race.