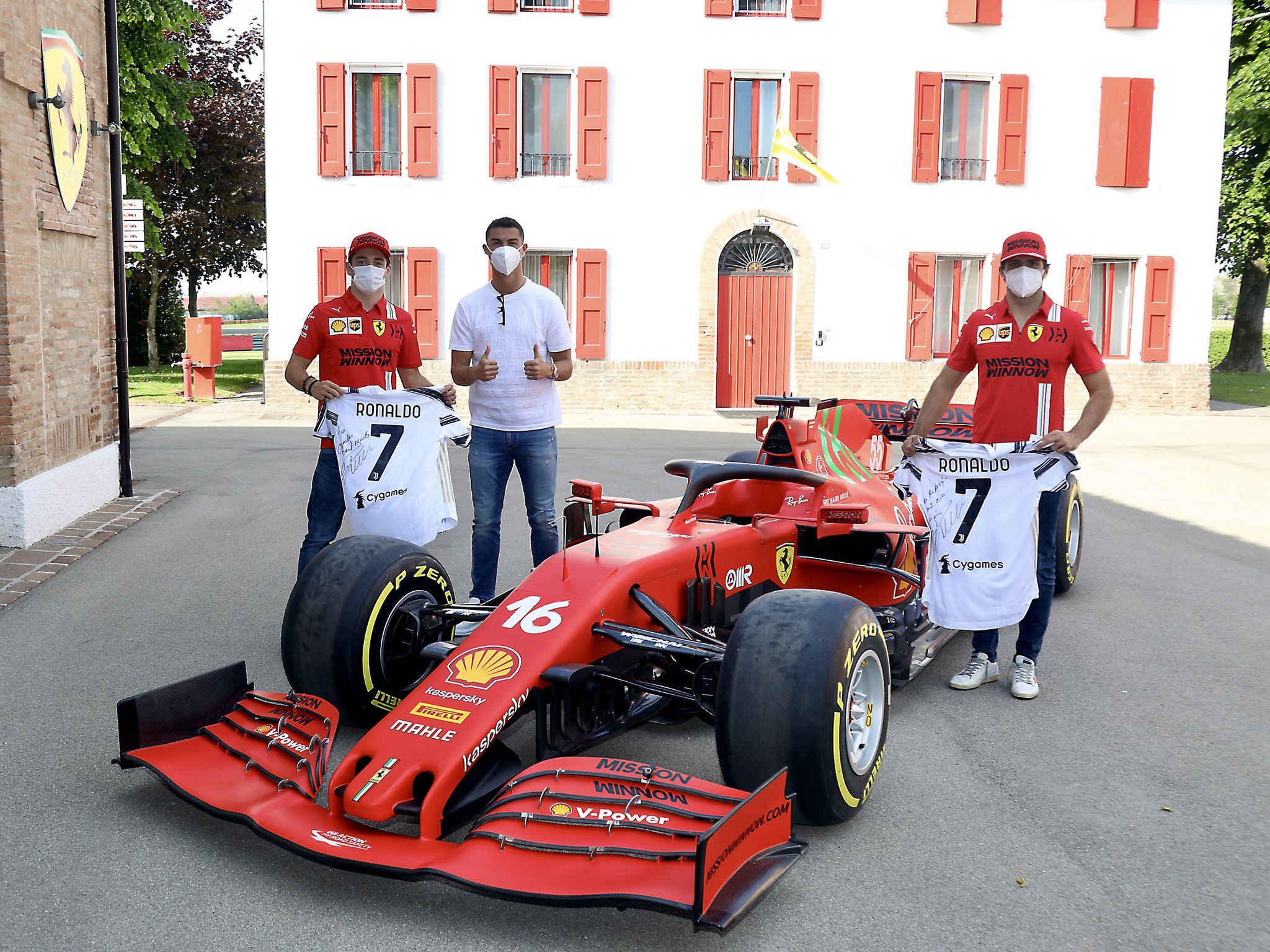 Football legend Cristiano Ronaldo visited Ferrari’s base at Moderna and Maranello, where he got to meet the F1 team, including drivers Charles Leclerc and Carlos Sainz.

Portuguese player, Ronaldo, who also represents Italy’s Juventus FC, paid a visit to Ferrari’s base at Moderna and Maranello on Monday. He had Andrea Agnelli – chairman of Juventus team – and John Elkann – head of Ferrari – with him during the factory tour.

Ronaldo seemingly missed the practice session of Juventus, as he also got to meet Ferrari F1 trio of Binotto, Leclerc and Sainz at Maranello. Interestingly, both the drivers didn’t speak much on meeting the football legend, while the team shared just one photo.

In fact, both Ferrari and Juventus, did not share a press release about the visit as well, to clarify if it was a last-minute tour or a planned one. The Italian media, naturally, reported about it, but only had handful of photos, with no videos.

Here’s some photos of him:

More will be added when fresh information is available