Home World Series FR2.0 Alps Romanov gets first win in Alps in a race with lots of... 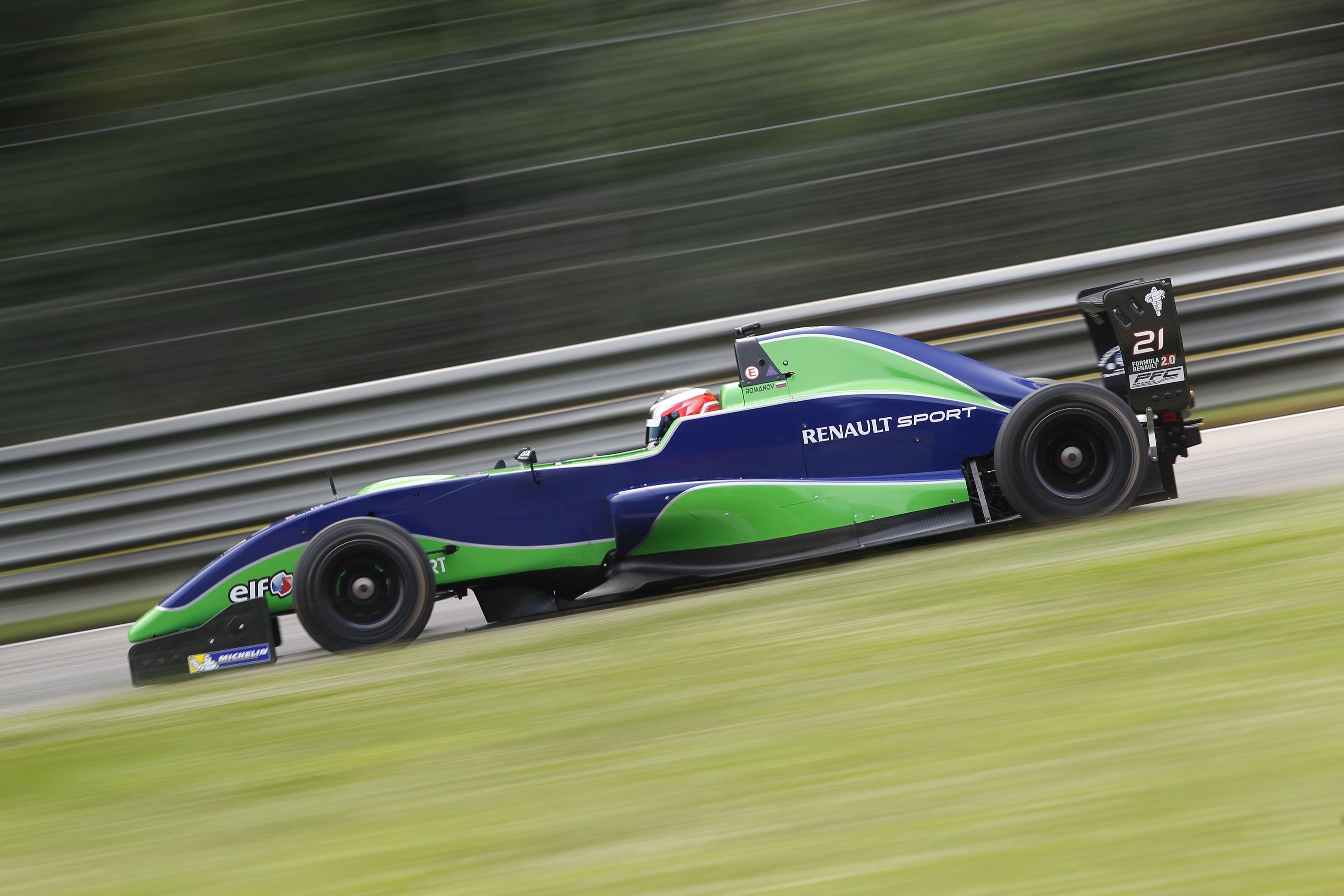 Vasily Romanov won his first race in the Formula Renault 2.0 Alps in Monza. The Russian was able to avoid the multiple accidents to get a well deserved victory. Pronenko and Riener completed the podium.

Vasily Romanov won unexpectedly. Hamprecht started on pole with reversed grid, after he finished 10th yesterday. However, Pronenko overtook him at the start.

Half of the grid was out in the first two laps. Isaakyan crashed against his teammate Vivacqua. After the Safety Car, a pile up left out of the race Ferrer, Cazzaniga, Daruvala, Habsburg and Hughes, leaving the race with only 7 cars.

This gave Romanov the chance of overtaking Pronenko with a 3 second advantage. Allen was 3rd, followed by Fischer, Bulatov and Hamprecht. All the rest were out of the race, while Jack Aitken was at the hospital following an accident this morning.

Jake Hughes is the new leader of the championship with only 2 rounds left, Misano and Jerez. The Brit leads with 169 points, 12 more than Aitken and 18 more than Riener. Vivacqua is 25 points behind, and Isaakyan 26.