Home Motorcycling MotoGP Rins ruled out of Catalan MotoGP race, Suzuki down to one bike 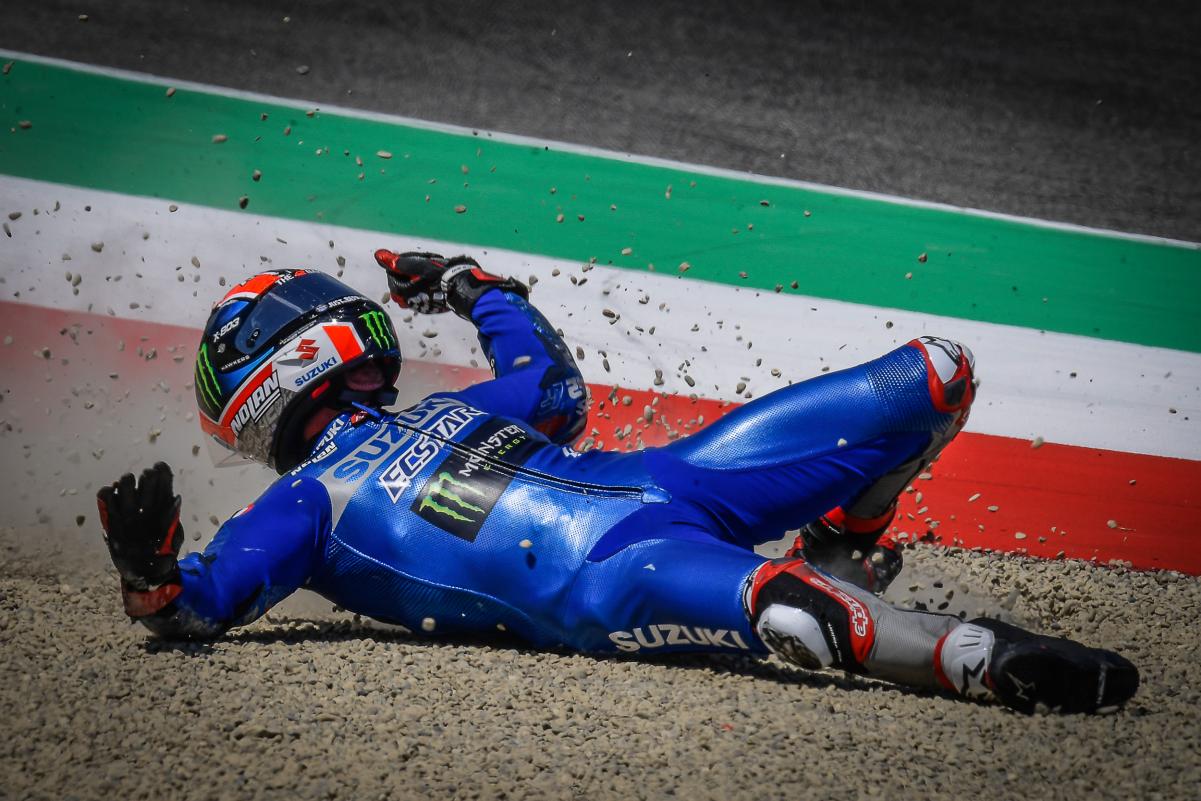 Alex Rins has been ruled out of the Catalan MotoGP weekend after a cycling incident, as Suzuki is down to just one bike.

In a further bad news for Rins, who has had four retirements in a disastrous 2021 MotoGP season start, the Spaniard has been ruled out of the Catalan GP after a cycling incident on Thursday. He will need a surgery, which forces him out of home event.

While training on a bicycle, Rins had a fall, which resulted damaged to his right arm. He was taken to the Dexeus hospital, where the doctors examined his arm, which revealed a fracture. He will, therefore, be operated on Friday morning to get it fixed.

With six MotoGP rounds done, Rins sits 13th in the standings with just the two points finish. Teammate Joan Mir is fifth with 65 points, with two podiums against his name. He will be the lone rider for Suzuki at Barcelona for the Catalan GP.

Here’s the statement from Suzuki: “Alex Rins has been ruled out of his home GP after a cycling accident. The Team Suzuki Ecstar rider will unfortunately have to sit out the Grand Premi Monster Energy de Catalunya due to an unfortunate accident he suffered while training this morning with his bicycle on track.

“The Spaniard fell during a training lap and as a result he suffered damage to his right arm, with a large contused area and a lot of pain. He was quickly taken to Barcelona’s Universitari Dexeus Hospital for further examination and medical checks revealed a fracture in the radius bone. The fracture was immobilised and tomorrow morning he will undergo surgery to fix it.”