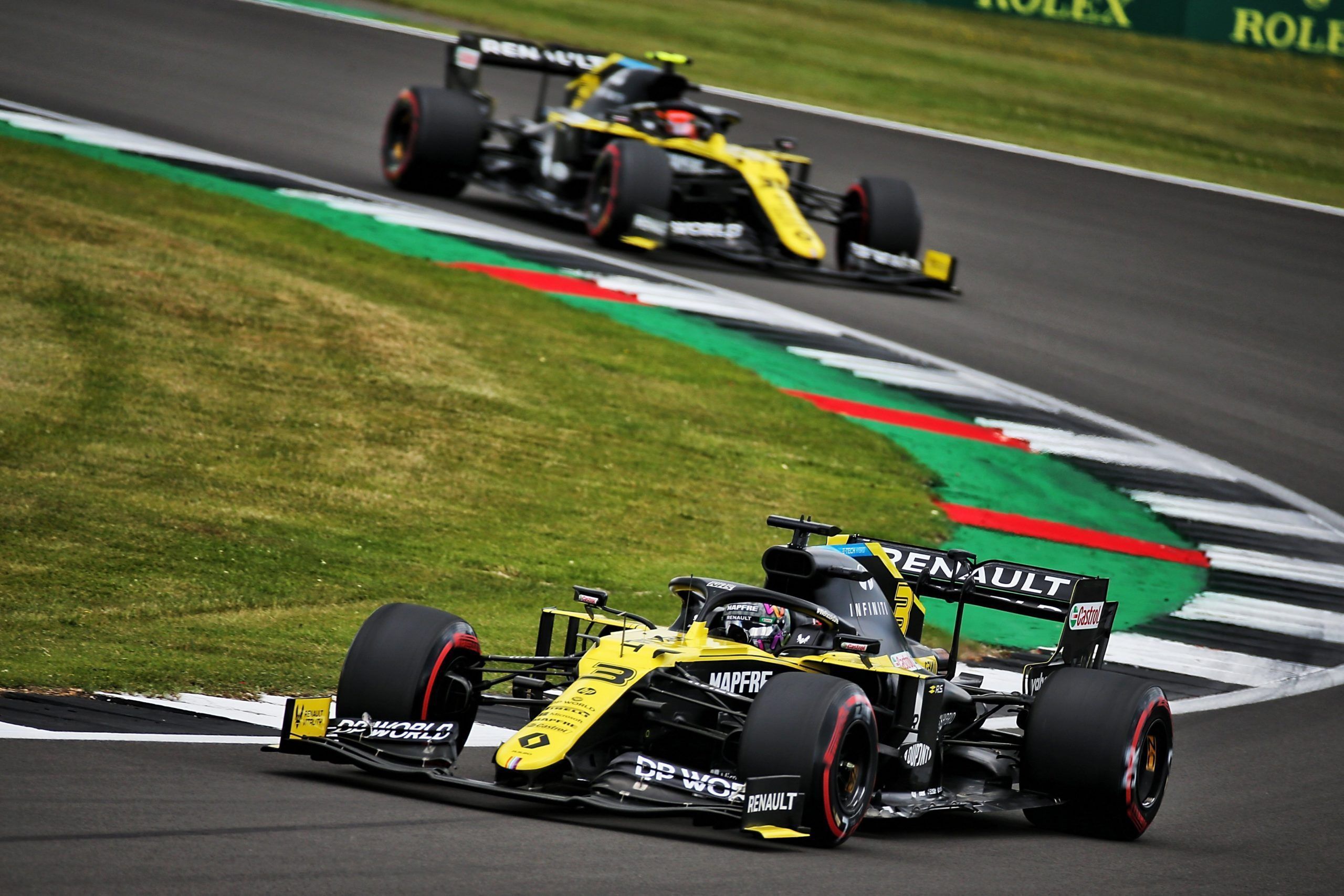 After a good F1 race at Silverstone for Renault, the drivers were thrilled, as rival Lando Norris explained McLaren were caught off-guard by their upturn in pace.

Renault had been long-awaiting a result that they could be truly proud of, and that they got at the F1 British GP at Silverstone – a race in which Ricciardo finished just one position shy of the podium, and his teammate was only a few positions behind, in sixth.

For Ricciardo, it was as close as he’s ever come to a top-three finish since his move to Renault, and for Ocon, it was his best finish for the French works team, and that too by a considerable margin. The Australian was just 1.176s off third place in his Renault R.S.20.

Granted, the pairing were beneficiaries of the late-race tyre drama, both gaining positions on McLaren’s Carlos Sainz and Mercedes’ Valtteri Bottas, but regardless of this, Ricciardo felt that the race pace of Renault was incredibly strong. In fact, he also passed McLaren’s Lando Norris few laps before which didn’t air on TV.

“The race started really good,” said Ricciardo. “We got a couple spots on Lap 1. Then, on the re-start I was really close to getting Carlos. I lost out on that battle and that allowed Lando to get through, so I kind of took a step back, and we were in a DRS train with Grosjean, but once I cleared him, we had really good pace.

“The front-left cleared up, because it had been graining quite a lot. Then I got Lando, I saw Carlos was struggling. It was pretty wild. We got close to Leclerc in the end, I don’t think he was suffering too much, so I think we had good pace,” summed up Ricciardo.

Seeing the late dramas, when asked about whether or not the tyres strapped onto his Renault were at risk of implosion, Ricciardo stated that he felt vibrations, though they easily could have been a figment of his imagination.

Meanwhile, Ocon felt the same way about the performance of his team’s Renault R.S.20, which he described as ‘awesome’. Throughout his F1 post-race interview, the Frenchman had a twinge of giddiness, as he also admitted to expecting less after some less-than-promising test program. He had to work hard which included pass on Lance Stroll.

“The car was awesome,” said Ocon. Especially on those hard tyres, I was very happy on those. I saw Lance was starting to slow down, I thought ‘Oh my chance is gonna come to have a fight and pass the Racing Point’. It is great satisfaction.

“There were a lot of test programmes that we went through last week, but we’ve turned that around today. Now I think what we can improve is Qualifying.” Of his battle with Racing Point’s Stroll, Ocon was happy it was clean among off-track friends.

“He knows he can do that aggressive driving to me, that’s the problem,” said Ocon. “He knows I’m a fair guy. But at some point I’m going to go for it, and he knows that as well. We spoke in the race before, I said ‘You know I’m coming for you. You know I’m just sending it’, and it came so it was nice.”

The pace boost of Renault was surprising even to their close rival McLaren as Norris admitted that his team had been caught out by the performance gains made by their adversary, with the French outfit scoring a healthy 20 points to be sixth with 32, although still 19 behind the Woking-based F1 outfit.

“It should have been better,” started Norris.”Not a lot better, I’m not disappointed. It was just a race tougher than what we were really hoping for, mainly because of the Renaults’ pace. The Renault drivers took a big step forward, which was a little bit of a surprise.

“But I’m P5 – if I had been P5 last year, it would have been my best result, so I’m not complaining, but we’re at the point now where we should have done a little bit better, and that’s what we need to do next week,” summed up Norris.