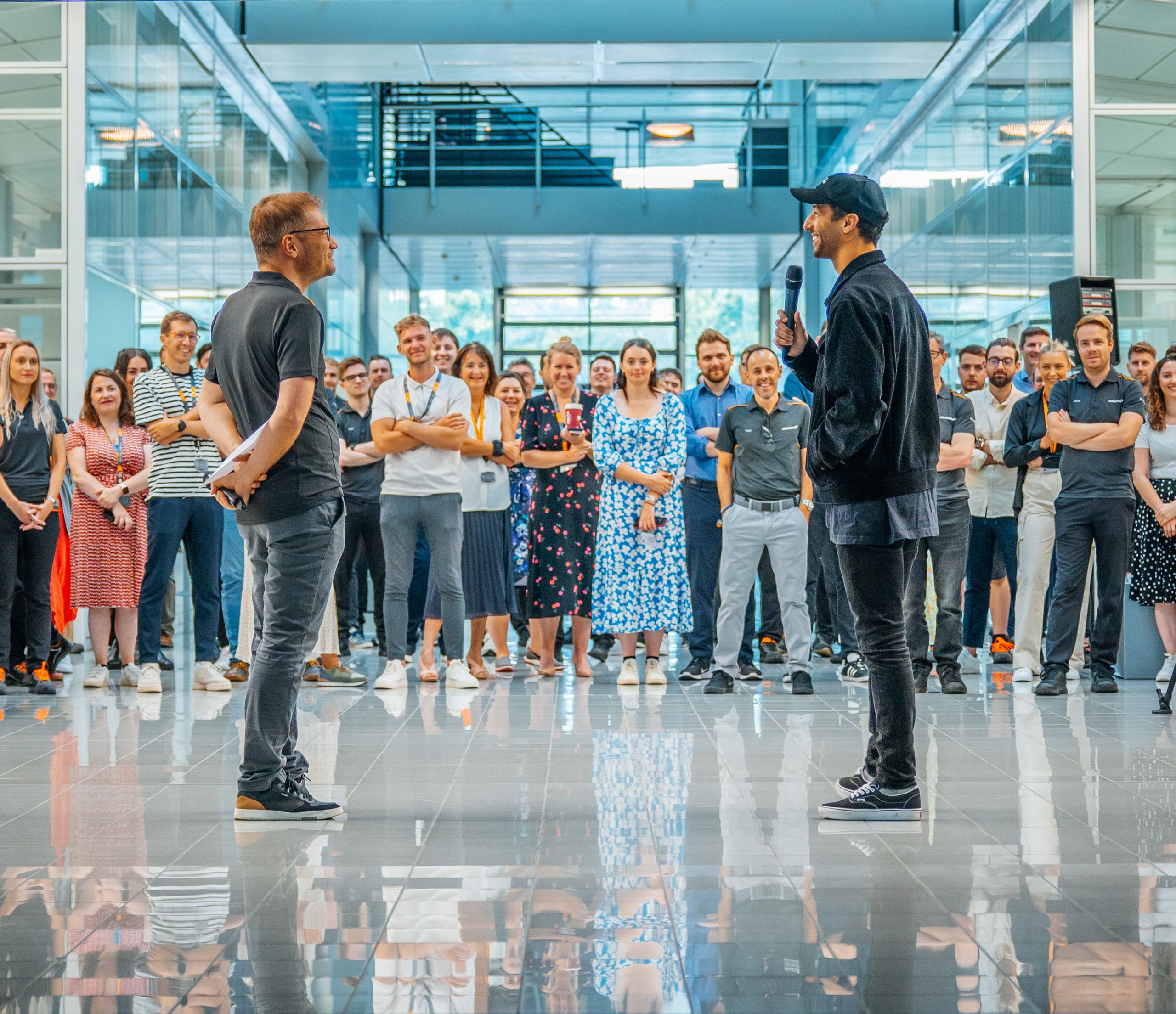 Daniel Ricciardo insists he will be with McLaren to fulfill his contract for the 2023 F1 season amid huge speculations of his departure.

With his results still not on the mark ever since joining McLaren in 2021, his name is on the top of the list of losing his F1 drive in current times. Even though Ricciardo has a set contract to race with them in 2023, the recent results have put that in danger.

At the same time, McLaren has started its tetsing programme where Jehan Daruvala and Colton Herta have already tested for them, with new signing Alex Palou to do so in time to come. Aside them, Pato O’Ward also got an opportunity in Abu Dhabi.

Among these, more names have been linked to the seat with Sebastian Vettel and Alexander Albon at the forefront, with Oscar Piastri remotely mentioned too. Couple with the comments from that of Zak Brown, it has only fueled speculations.

While Brown and Andreas Seidl have played down those, but it continues to go around behind the scenes. In a different tune, Ricciardo has had to use social media to put them down, where he insists that he will race for McLaren in 2023 too.

“There have been a lot of rumors around my future in Formula 1, but I want you to hear it from me,” said Ricciardo. “I am committed to McLaren until the end of next year and am not walking away from the sport. Appreciate it hasn’t always been easy, but who wants easy! I’m working my ass off with the team to make improvements and get the car right and back to the front where it belongs. I still want this more than ever. See you in Le Castellet.”