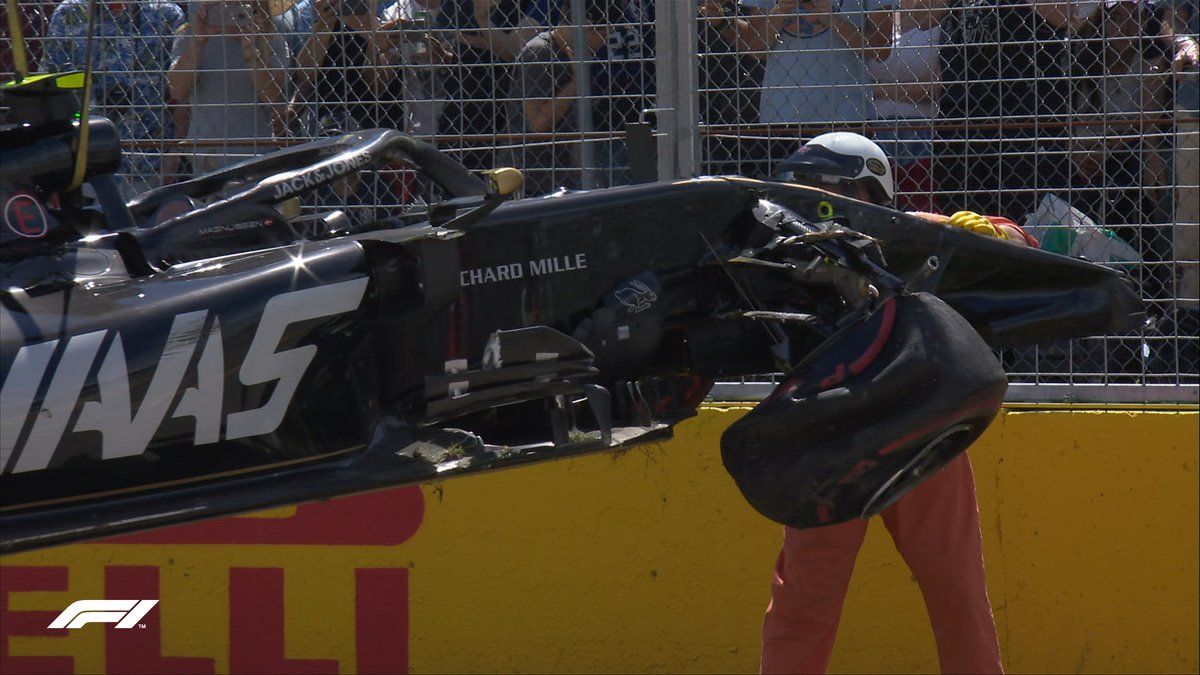 Ricciardo not only surprised everyone else but even himself and the team with a fourth place finish in F1 Canadian GP qualifying at Montreal. The Australian registered his best result for Renault and more importantly beat both the Red Bulls and a Mercedes.

He will be starting alongside Ferrari’s Charles Leclerc and ahead of a faster Red Bull of Pierre Gasly and Mercedes’ Valtteri Bottas. Its been coming along for Ricciardo after a slow start with the Australian qualifying well in the previous F1 races too.

Ricciardo was indeed helped by no presence of Max Verstappen but Renault did well with all four cars inside the Top 10 with Nico Hulkenberg in seventh ahead of McLaren’s Lando Norris and Carlos Sainz – the latter has got a three-place grid penalty though.

The French manufacturer has talked about progress which hasn’t converted into results so far but it certainly looks good. “I never thought I’d be so happy for a fourth place in qualifying; it feels like a pole position,” said Ricciardo.

“It was so cool when they told me over the radio I was fourth. I’m really happy for the team. This track is fun, I’ve always enjoyed it here. We seemed quick from the start of the day. Even on Friday we were fast, but we made further improvements.

“And we managed to put it all together for qualifying. We’ll see about tomorrow, the start could be interesting. For now, we’ll enjoy this moment as a fourth in qualifying is huge for us.” This could be a breakthrough result for Renault in the midfield fight.

While Renault and McLaren celebrated its good results, Red Bull were left guessing along with Haas, especially with the crash of Magnussen towards the end of Q2 which affected Romain Grosjean and also Red Bull’s Verstappen.

“I just hit the wall – broke the rear suspension, then it shot me over to the pit wall in a big crash. We were fast, we made it to Q3, and I was improving,” said Magnussen. “I was just trying to push everything, as I knew it was going to be tight.

“I went on the power a little too early, and everything followed from there. I’m very sorry for the team. They have a big job to do now.” The Dane ended in the Top 10 but will start from the pitlane after the extensive damage to the car.

Verstappen, on the other hand, shrugged off the wrong call by Red Bull. His attempt to qualify on the medium compound failed but the Dutchman had enough time to do another run on the soft tyre. However, the team waited until the last few minutes.

It proved costly for him as even if he had done a lap few minutes before, the position wouldn’t have changed for him by much. Fortunately for him, he already has two places gained for Magnussen and Sainz and will anyways get to start on medium from ninth.

“It was just unlucky and these things happen in F1,” he said. “We tried to get through to Q3 on the medium but the tyre didn’t feel fantastic for us and with the traffic at the hairpin it didn’t really work out. We then went out on the soft.

“I was on a decent lap to make it through to Q3 but then the red flag came out and I couldn’t finish the lap. It will be a tricky start as I have to clear the midfield before closing the gap to the leaders.

“That’s how it goes sometimes and you can never predict someone being in the wall. It’s not where we want to start as I want to be fighting the leader, but we should be able to recover our positions and still have a good race.”

Joining Haas in the disappointment list were Toro Rosso, Alfa Romeo Racing and Racing Point drivers. While it looked likely coming for Toro Rosso from the practice sessions but Alfa Romeo had a mixed run along with Racing Point.

It was a big miss for Racing Point with even Sergio Perez not making it into Q2 like Alfa Romeo’s Kimi Raikkonen – the former rued mistakes while the latter said the car had no pace. Teammate Antonio Giovinazzi did well still to be in Q2.