Home F1 Ricciardo gets his NASCAR drive at COTA; O’Wards gears up for F1... 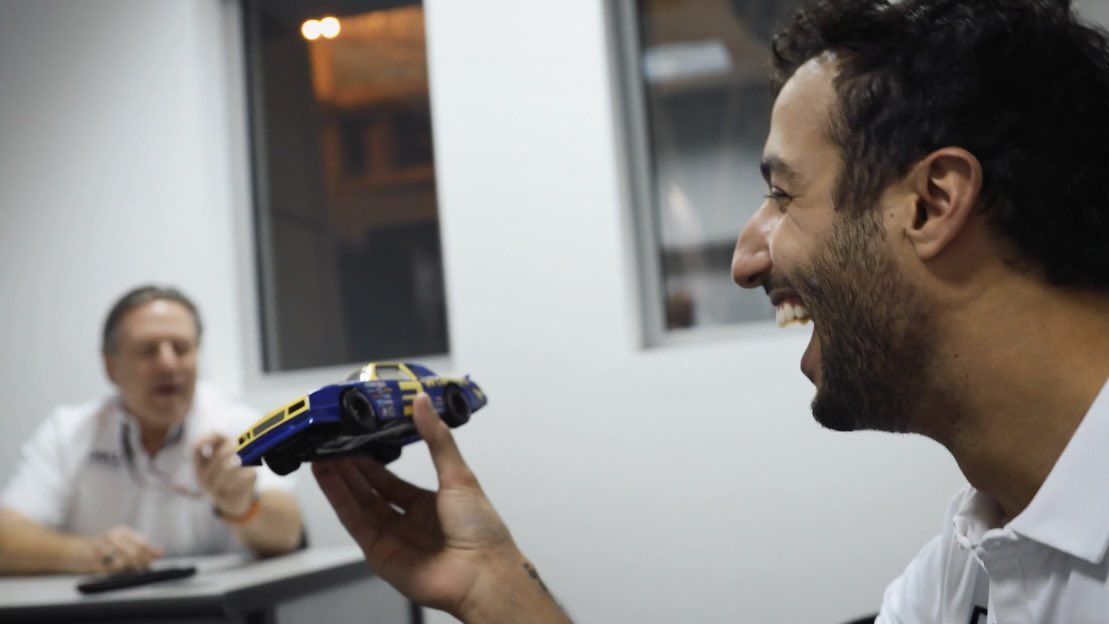 Daniel Ricciardo will get his first NASCAR drive in the coming weekend’s US GP at the Circuit of the Americas after winning a bet against Zak Brown, as Patricio O’Ward gears up for his F1 run.

After his famous bet against Cyril Abiteboul at Alpine/Renault, Ricciardo had another one with Brown after he joined McLaren this year. If the Australian scored a podium this year, he would get a chance to drive a NASCAR machine from the bosses’ collection.

Not just anyone but it is the #3 Dale Earnhardt Sr’s 1984 Wrangler Chevrolet Monte Carlo. With Lando Norris having already scored multiple podiums with McLaren, the pressure was on at Ricciardo and it ended up not just a Top 3 result, but a race win to win the bet.

Ricciardo gave McLaren their first win in a decade and had his first F1 victory with a different team, while also registered a podium finish with a third different team. The bet’s criteria was fulfilled and Brown was not to back out from that.

Considering the car is in the USA, Ricciardo will get to drive the #3 Chevrolet at the Circuit of the Americas during the US GP next weekend, after McLaren shared a small video of their bet and confirmed the test run for the Australian in the NASCAR machine.

Ricciardo’s NASCAR run at COTA comes after former Haas F1 duo Kevin Magnussen and Romain Grosjean had their go in one of Gene’s car during the 2019 US GP, when they were part of the American outfit.

The other bet of Brown is an ongoing process too, with IndyCar racer Patricio O’Ward at the McLaren Technology Center this week for his seat fit and simulator time to be ready for his F1 test in Abu Dhabi on December 14 – the first day of the post-season test.

For Ricciardo, while one of his bets is coming to fruition, the other one remains to be fulfilled. At Alpine/Renault, he had a bet with Cyril Abiteboul to get a tattoo if the Australian scores a podium. Having done so, the Frenchman now has to get a tattoo.

But after Abiteboul left the team and F1, the bet is still to be fulfilled. The Frenchman emailed Ricciardo post his Monza victory, as the Australian noted about the tattoo still be done and the need to do it sooner than latter, as he doesn’t wish to drag it on.

“I had an overwhelming number of emails, WhatsApp messages, and all of it, so I did see an email from Abiteboul after my Monza win,” said Ricciardo to media including FormulaRapida.net. “There was the topic of tattoos, so I’m still very optimistic we could get this done before the year’s out. Otherwise it’s obviously going to drag on and become old news, so I’m determined to make it happen.”

Here’s former Haas duo at COTA in a NASCAR 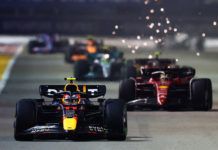