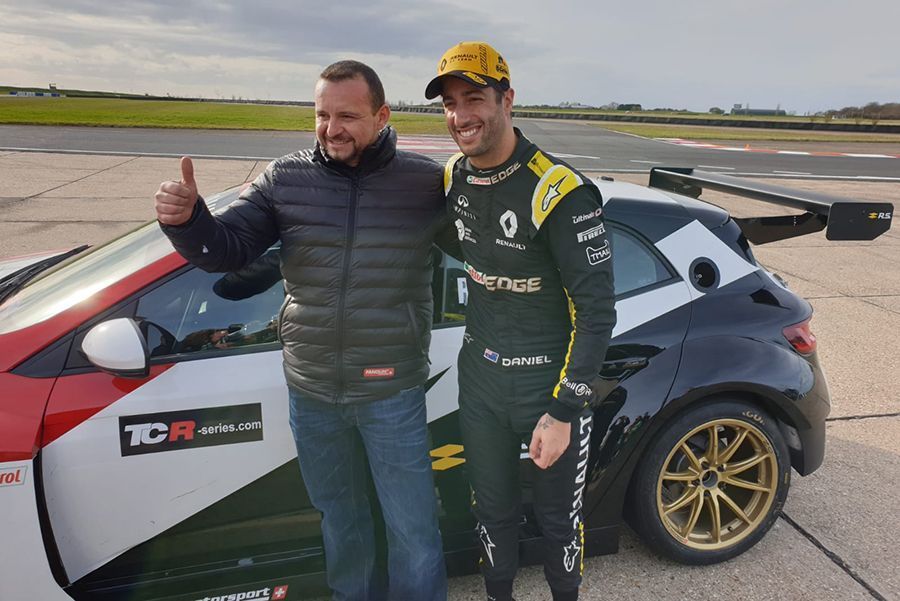 F1 driver Daniel Ricciardo had his first chance to drive a TCR car for a promotional event organisers by Renault Sport and Castrol.

With Ricciardo moving to Renault for the 2019 F1 season, the Australian has access to various range of cars prepared by Renault – whether a road-specific model or a race car even. And so, he got his first taste of a TCR machine.

Ricciardo drove a Renault Megane RS, which is used in various TCR championships all around the globe. The Australian also had Renault Academy Driver Max Fewtrell with him during the promotional event, held by Renault and Castrol.

The event took place at Bedford Autodrome in the UK for two days where Ricciardo and Fewtrell shared the driving duties. The car was prepared by Swiss outfit Vukovic Motorsport, who will race in the 2019 TCR Europe series.

“It was Daniel’s first time ever in a front-wheel drive Touring Car,” said the team owner, Milenko Vukovic. “He enjoyed and found it very interesting. Our car ran for two days with no problems and everybody was impressed by its performance.

“It’s useless to say that it was a great pride for our team to be involved in the event and I personally wish to thank Castrol and Renault Sport for giving us this opportunity.” Since it was a promotion event, no comment from Ricciardo or Fewtrell was recorded.