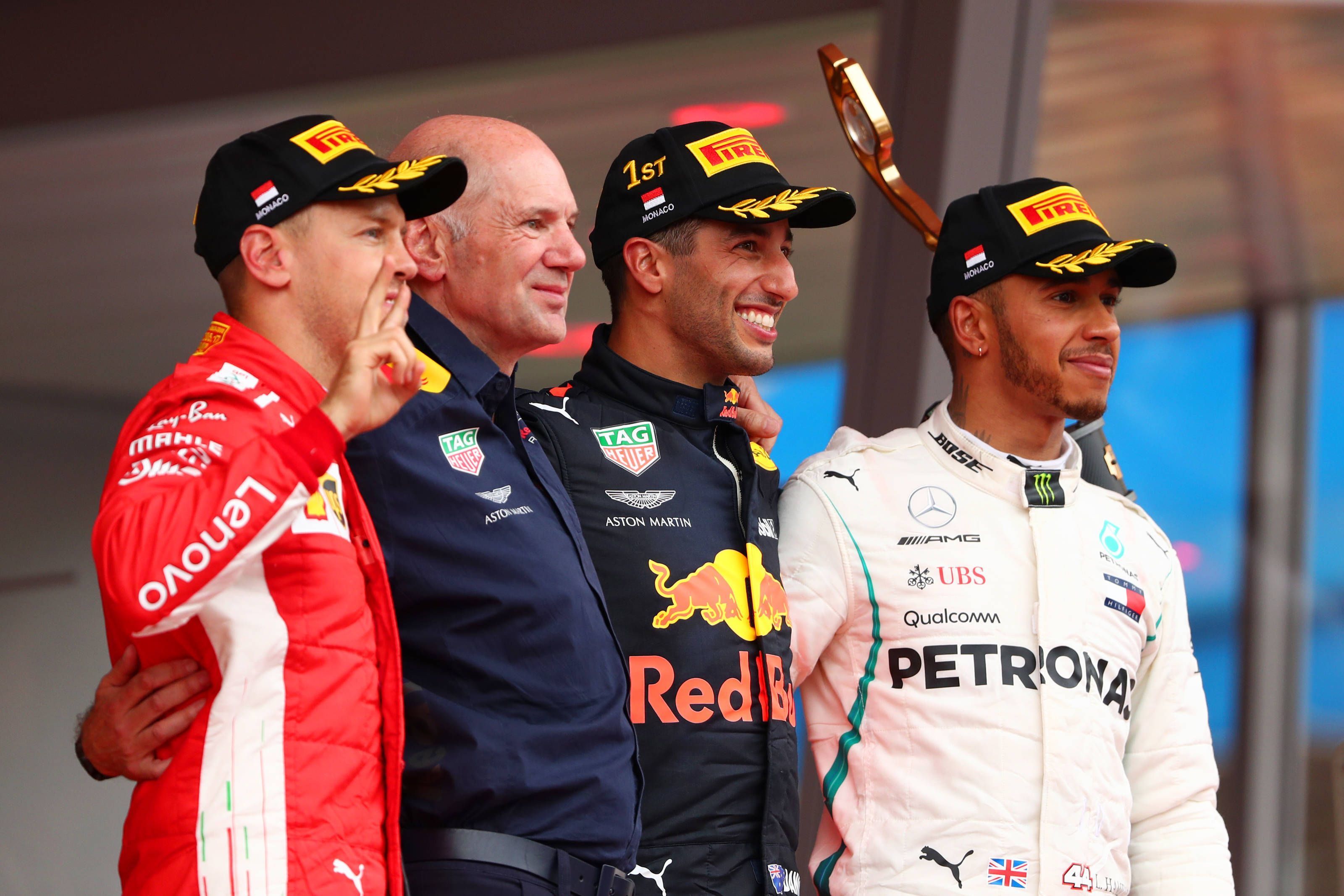 Following on from a dominant Monaco Grand Prix, Red Bull Racing’s Daniel Ricciardo is not yet putting himself as one of the 2018 Formula 1’s title contenders alongside Mercedes’ Lewis Hamilton and Ferrari’s Sebastian Vettel.

Even though the Australian has two wins to his name this season, which is the same as Hamilton and Vettel, but he has only 72 points to Hamilton’s 110 and Vettel’s 96. His non-finish in Bahrain and Baku severely dented his chances when the other two have enjoyed finishes in all the six races so far.

With 15 races to go in the season, Ricciardo still has a good chance as does Mercedes’ Valtteri Bottas in fourth with 68 points and Ferrari’s Kimi Raikkonen in fifth with 60 – but all three will need a DNF or a non-points finish from either Hamilton and or Vettel to catch up.

For Ricciardo though, he is not thinking too far ahead, even though he admits that the title is not an ‘impossible’ cause this season. “I think it’s a natural question after a victory,” he started, when asked after his win in Monaco.

“I think I got asked after China if it means we’re in the title hunt. We’re still…I think Lewis still has a pretty good buffer on me, so we’re still on the outside of that. It’s not impossible but not really at the forefront of my mind yet.

“But, even if it was, I’m not going to change obviously the way that I’m driving or trying to attack. So [the next race in] Montreal will be interesting. [Will] try to get a few more podiums but we’ve got to probably prove on at least one other circuit before the summer break that we can win again.

“And then maybe we’re a nice little outside chance,” he explained. Despite losing the MGU-K in the early stages, Ricciardo managed hold on to his first win in Monaco, keeping Vettel at bay for more than 50 laps from when the problem was first detected.

The Red Bull driver though admitted that tyres troubles to other drivers and the tight street circuit helped him to overcome the hurdle, but it won’t be the case in Canada where the same compounds will be in use – if they are in a similar situation.

In the meantime, Ricciardo still has to sign a contract for his 2019 drive. While Red Bull remains the priority, seats might be open both in Mercedes and Ferrari with Bottas and Raikkonen only signed for this season.