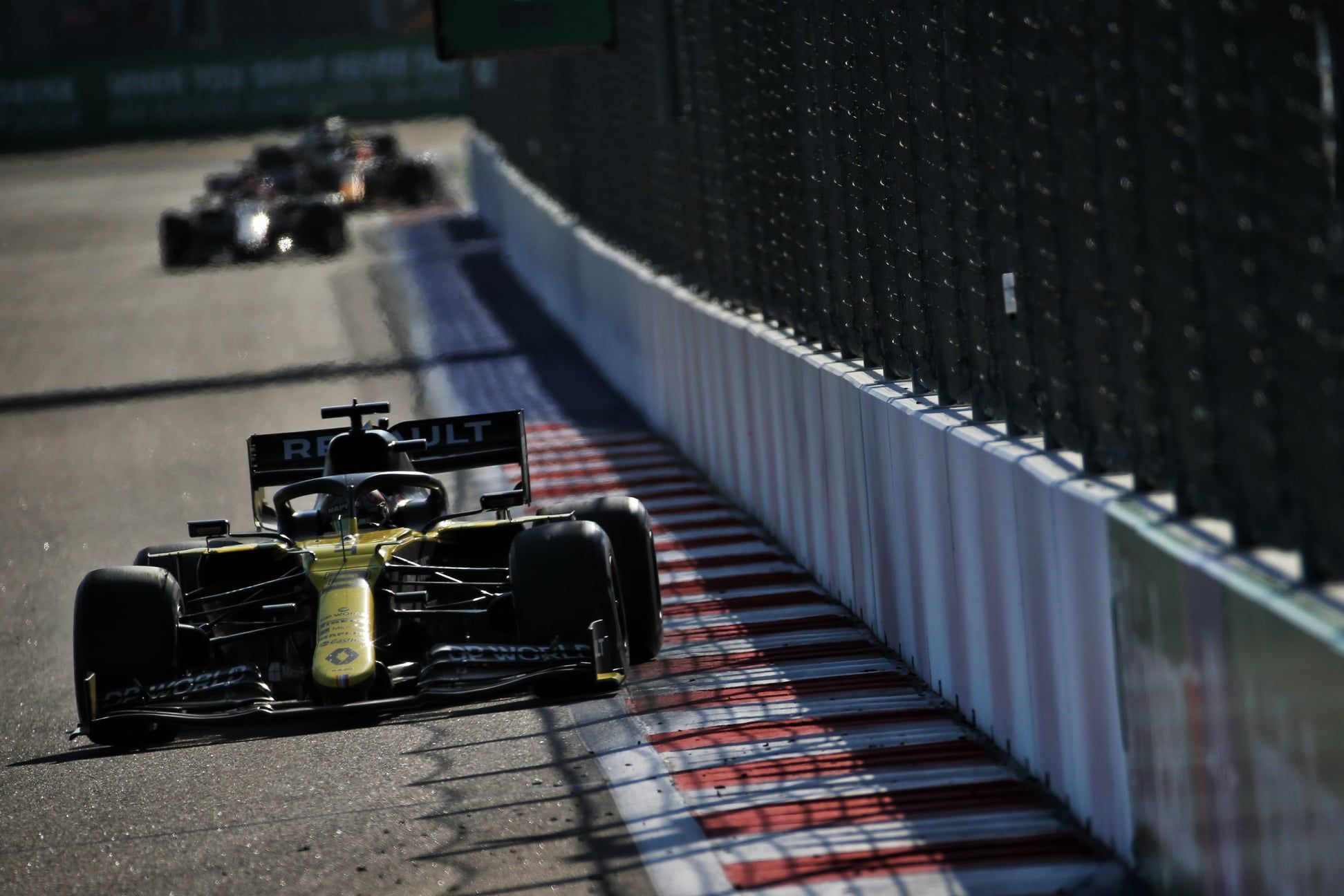 Daniel Ricciardo doesn’t want to be pessimistic but rather realistic about podium for himself and Renault in F1 2020 seeing a settled Top 3 positions.

Its been a strange 2020 F1 season where multiple teams and drivers have managed to score a podium but even then when a weekend starts, most know that it is a settled line-up of Lewis Hamilton, Valtteri Bottas and Max Verstappen in the Top 3, considering their pace.

In fact, it is only due to incidents or otherwise, that we have seen anyone else on podium. While the likes of McLaren, AlphaTauri and Racing Point, have all had it, Renault’s luck hasn’t shone in those races, where they can reap advantage of the given situation.

Looking at the current situation where the Top 3 is more or less settled unless anything happens, Ricciardo is being realistic of his and Renault’s podium chances, despite him counting the French manufacturer as the fourth best team behind Racing Point.

“Not to be pessimistic, we’re just not quite there in terms of pace,” said Ricciardo to media including Motorsport Network, Racefans.net, Motorsport Week, BBC, AMuS and more. “Obviously, definitely not close to Mercedes. And I think that Max Verstappen is driving very well. He is obviously very comfortable with the car that he’s got underneath him.

“To fight properly against him, you would need a bit of a reliability issue on his side or a lap one incident or big debacle or something. Reliability would be, I guess, a little nicer as I don’t wish a crash on anyone. So if one of them ahead of me could have an issue when I’m running fourth, that is what would be cool. I’ll take it.

“The reality is that at best, the Renault team can be the fourth quickest car on track. In Russia, we were fifth. We had pace at the end. At times, I was racing quicker than Sergio Perez. But I think the majority of the race, particularly when we were racing on the soft Sergio had us covered by a little bit,” summed up Ricciardo.

Elaborating more on the ‘all-round’ Renault car, Ricciardo felt confident about that, but did not play it over the top. “After this weekend, I can certainly be more confident moving forward,” he said. “Sochi is promising track to master. I mean Nico drove pretty well around here last year although it certainly wasn’t our strongest track.

“Personally, it has never been my strongest track. To put in a good result here, personally would be a dream. But you also need  to have the car underneath. And this is from FP1 onwards. I think that says a lot. It gives me confidence now.

“I think I’ll have confidence at any track we go to. Whether we have a top five car at Renault, I don’t know. I think we can realistically aim for Q3 every track now, no matter what the layout is. This is certain,” summed up Ricciardo.