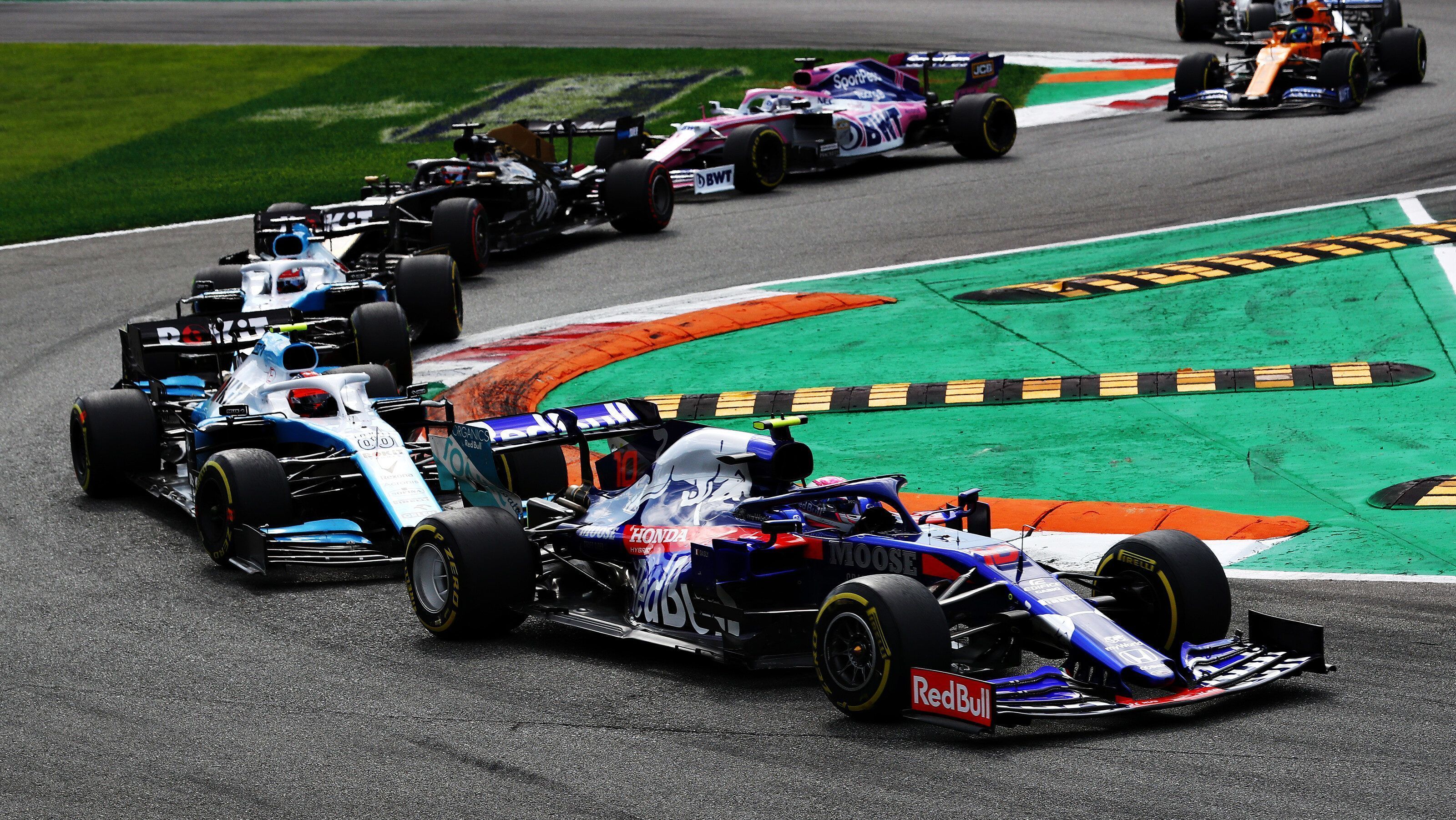 Racing Point’s Otmar Szafnauer and Andrew Green revealed details of the discussions F1 is having regarding qualifying races and reverse grid format.

For few weeks now, the talks around qualifying races has been ongoing in F1 in order to spice up the competition considering the gap between teams in the current scenario. Fresh details were revealed of the discussions.

Racing Point’s Szafnuer and Green discussed on it in Singapore where the former confirmed that the talk about a reverse order qualifying race in say three circuits, which is being considered.

“There’s more work that’s going to be done, seeing if we can have a qualifying race at say three races,” said Szafnuer to media including FormulaRapida.net during Singapore GP.

“We have to answer a lot of questions about what happens in parc ferme, what happens if you crash in the qualifying race, we then have to carry more spares, who’s going to pay for it, engine mileage might be a little different. Tyre usage.

“But we decided to go forward with that, to investigate it, because for this to happen next year we need unanimous agreement. So the FIA asked and said ‘we don’t want to waste all our time in answering these questions if one of you is going to say ‘forget it’’, which kind of makes sense.

“So we all said go ahead and answer the questions. So it could happen. But we do need unanimity for that to happen in 2020. And it’s hard to get unanimity in F1.”

As with everything, most of the plans in F1 comes with a devil’s advocate sort of situation where more questions are raised about the points discussed. It was the same with the latest topic as well.

“So some of them asked if you are going to have extra races, where’s the money going to come from? Are you [FOM] going to give me money? Tyre usage was a point as well,” said Szafnauer.

“One of the things it to make sure the race is as long as the miles you would use up in qualifying as not everyone get into Q3. The risk of crashing in qualifying is lot less than in a race.

“And so the proposal to start in reverse championship order came in. The three circuits to be used was another point as one of the teams didn’t like one of the circuits being used. I don’t know how it will pan out but we [as Racing Point] didn’t say no to it.

“I think if you go in reverse championship order the guy in front of you is only marginally slower than you. So you put the fastest guy at the back but the guys around him aren’t the slow guys any more.

“Like sometimes happens if you have a penalty or screw up qualifying and start at the end and it’s fun watching him go through the field. This isn’t going to be like that.

“The guy leading the championship is at the back, then the guy probably in a car just like him is right in front of him, and so on up the field. So I don’t know how that’s going to pan out after, I don’t know, 25 laps.

“It’ll be different. The FOM are simulating the tracks [which could have such races]. [All of it is still raw as] awarding points is another thing, is it just qualifying order or points to be given?”

Outside this, Szafnuer felt that the idea around shortening the weekend format for 2020 with regards to parc ferme or scrutineering is more or less off the table for next year but it could still happen in 2021.