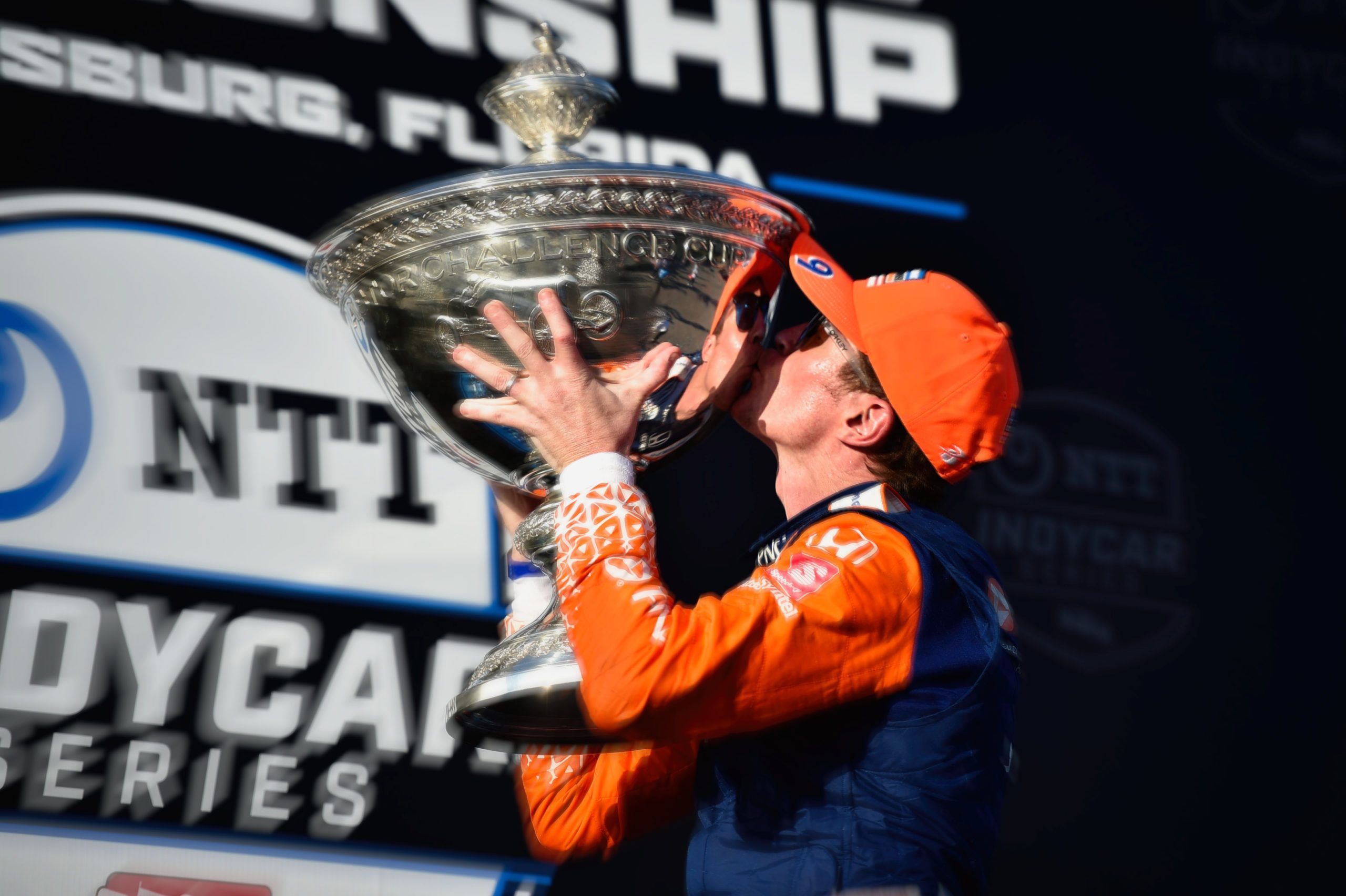 CGR driver Scott Dixon reflects on his 2020 IndyCar campaign, also detailing what his ‘aggressive’ preparations for 2021 will entail.

After the first race run of the Gateway doubleheader, Dixon held a 117-point championship lead. In the races that followed, the CGR IndyCar champion’s lead would shrink to 96 points, before being eaten into further, and cut down to 72 after the Mid-Ohio races.

Even still, Dixon was comfortable in this position. It wasn’t until after the Harvest GP doubleheader IndyCar rounds that pressure was applied, the points deficit of his adversary Josef Newgarden having been slashed down to 32 points after the two races held at IMS.

Admittedly, at no point in the most recent IndyCar season-ending race did Dixon seem under threat of losing the title, but even for a relentless sportsman like the CGR driver, the rapid narrowing of the title fight served as a challenge.

Upon reflection, Dixon said he had to fight himself so as to not accept the commonly-shared idea that he had effectively secured the championship – particularly after the first race at Gateway – in order to stay mentally competitive.

“I think every season is full of ups and downs,” Dixon told media including FormulaRapida.net. “It’s the first time I’ve ever led a championship from start to finish. You do have some different pressures, where you have people saying, ‘It’s all done, it’s sewn up.’ You don’t want to fall into that situation, but then you start to believe some of those things. We’ve seen how quickly it transforms and how quickly it can change, especially with the likes of Team Penske and Josef. He’s a two-time champion and a hell of a competitor.”

Elaborating more, Dixon added: “I guess every weekend is its own battle. It’s very easy to slip into a bit of a rut. You lose a bit of confidence as a driver, the team loses a bit of confidence if there’s been a mistake on pit road or strategy-wise. You have to snap out of it. That’s the hardest thing to do. I truly believe years like ’04 and ’05 where we were just sucking really bad, those are the years I learnt the most. It’s all about the amazing people around all of us.

“We work well as a team. Even Dario and what he brings to the team, to help with Felix for my teammates, Marcus and Felix, it’s been a huge year for all of us. It’s really knowing how to manage those moments when you’re pretty down,” summed up Dixon.

The hyper-competitive nature of Dixon is not to be suppressed by the usual tranquility of the off-season, as the restless six-time IndyCar champion will be jumping into a period of ‘aggressive’ preparation for 2021 in just a weeks’ time.

Dixon told FormulaRapida.net that his rigorous testing begins for 2021 with a day of running at IMS, before another test at Barber Motorsports Park, a further one at Laguna Seca shortly thereafter, and the Sebring 12h for Wayne Taylor Racing in mid-November.

Preparation will also entail extensive debrief of the 2020 IndyCar season, and steps that can be taken to address issues they encountered, Dixon told us. “Yeah, preparation starts actually this coming week,” he started. “We start testing at the Speedway I think on Wednesday and Thursday. I think I’m just doing Thursday, then the following week we’re at Barber Motorsports Park, having a week off, then straight into Laguna Seca test, then a Sebring 12-hour week as well. It’s definitely a busy time.

“Our preparation will start obviously this week and next week with a lot of conversation, basically trying to figure out where we can make ourselves better. That’s where it always starts. We’re going to start analyzing the season on stats, qualifying situations, performance laps throughout the season. You really got to dig deep I think now with the competition at the level it’s at to really focus on what you need to beat in all these great teams and driver combinations. It will start very quickly, very aggressively,” Dixon added.