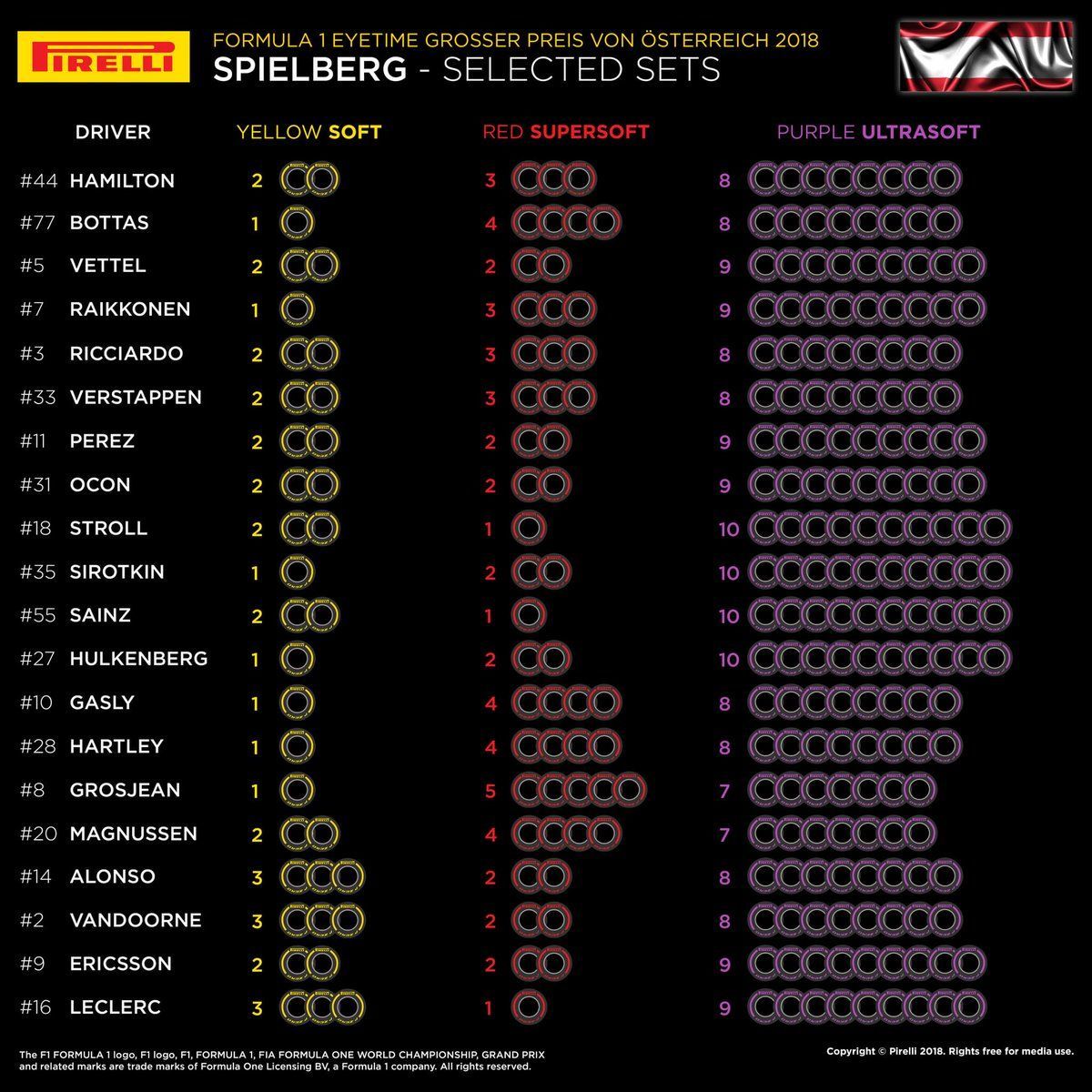 Pirelli has revealed the tyre selections for the 2018 Formula 1 Austrian GP to be held between June 29 – July 1 weekend. Both Renault and Williams have gone for the maximum of 10 sets of the ultrasoft compound.

At the same time, Haas has opted for only seven sets of the purple-coloured tyre, the least among all the teams. Among the other sets, Nico Hulkenberg and Sergey Sirotkin have gone for two sets each of supersoft tyres and one each of soft.

The bigger teams have different strategies as well with Mercedes and Red Bull choosing the same number of ultrasoft compound at eight each to Ferrari’s nine each. Valtteri Bottas will have four supersoft compounds and one soft.

The Force India drivers along with Sauber’s Marcus Ericsson have same choice as Vettel, with the Toro Rosso drivers opting the same strategy as Bottas. Sauber’s Charles Leclerc will have nine sets of ultrasoft, three sets of soft and one supersoft.

The remaining McLaren drivers have gone for eight sets of ultrasoft compound along with three sets of soft and two sets of supersoft. The teams get 13 set of tyres for the weekend, with one set of the softest compound to be kept for use in Q3.

After the completion of qualifying, the Top 10 drivers will have to return that set, while the other drivers can keep it for the race. For the races, each driver has to keep one set each of the two harder compounds available for the weekend, while the rest 10 sets they are free to choose from the three available compounds for the particular drive.