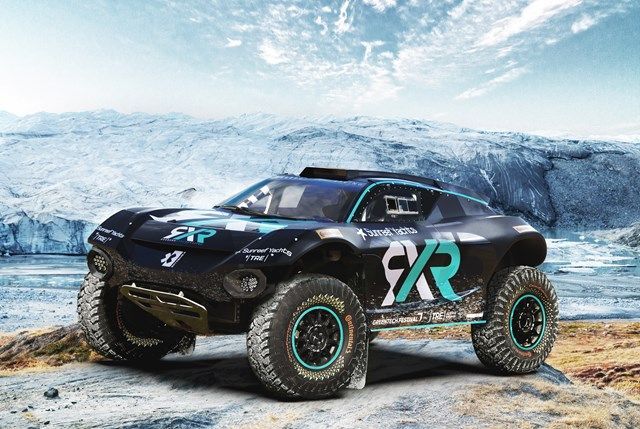 Renault has decided to give a F1 test run to its three juniors in Bahrain as Nico Rosberg is latest to join the Extreme E grid.

As a prize for their supreme performances in F2 and F3 championships, Renault will have a four-day test at Bahrain International Circuit between October 29 and November 2 of this year, for three of its academy drivers, in the R.S.18.

The first to drive the car will be F2 race winner Christian Lundgaard on October 29, who has had two F1 test runs already in an older machine. Taking over will be 2020 F3 champion Oscar Piastri on October 30, who will have his first-ever outing.

Rounding off the remaining two days on November 1-2 will be F2 race winner Guanyu Zhou. The Chinese had two test days undertaken already few weeks back at Barcelona. “It will be my second time driving the R.S.18, so I’m looking forward to getting back behind the wheel,” he said.

“My past experience with the R.S.17 and 18 was all about getting familiar with the car, whilst this year it’s been geared towards some of the smaller aspects, such as finding the right balance in the car and identifying what set-up suits me best. This time out the test will also be focused on getting into a full rhythm of an actual F1 race weekend.

“It’s extremely useful to do these days, as I learn a lot from them and they will help make sure I am ready for a seat in Formula 1. It’ll also be good to drive around the Sakhir circuit in Bahrain a few weeks ahead of our final two rounds there in the championship.”

At the same time, Lundgaard, added: “I am very excited to be testing the R.S.18 next weekend. I’ve done two test days before in a Formula 1 car, so we’ll be looking to build on where I left off. I’ve never actually raced in Bahrain, so doing the test will be valuable for me especially since I’m driving there for the final two rounds of championship.

“We’ll be looking to use the test to prepare for the race and also for me to learn more about the car. There is nothing better than learning a track in an F1 car, so that’s going to be pretty exciting.” And finally, newcomer Piastri stated:

“It’s safe to say I am very excited to be driving the Renault R.S.18 next week in Bahrain. Obviously, it will be my first test in a Formula 1 car, so it will definitely be a moment to cherish and remember for a very long time. It’s not every day that you get the opportunity to drive an F1 car, so I am very grateful to the team for the opportunity.

“There will be lots to learn on the day, such as getting used to the power, downforce and braking of the car and it will all be a challenge, but I love tackling new ones. I drove the Bahrain circuit earlier this year when we did the FIA Formula 3 pre-season test, but I’ve obviously never lapped the circuit in an F1 car, so I can’t wait to get out on track.”

Meanwhile, Mia Sharizman, Renault Sport Academy Director said: “The tests in Bahrain are part of a planned programme that the Academy has delivered every year for the past three years. It’s a good opportunity for us to show the progression and level of achievement of the drivers in the Academy.

“Christian and Zhou will be in the R.S.18 for a second time, whilst Oscar will be experiencing his first time in a F1 car as a reward for winning the F3 title plus it is part of his continued progression in the Renault Academy. The plan for the testing days often varies depending on experience, so Oscar’s day will be about getting him up to speed and familiar with the car.

“For Zhou and Christian, their days will be shaped like an actual race weekend, with practice, qualifying and race simulations. Bahrain is a very good test location for us, and beneficial for both Zhou and Christian who will race here later in November for the final two rounds of the FIA Formula 2 Championship.”

Nico Rosberg enters Extreme E with his own team:

A rivalry of sorts will re-kindle in Extreme E between the team of Lewis Hamilton and Rosberg, as the German driver announced his entry with ‘Rosberg Xtreme Racing (RXR)’. The team is an evolution of their ‘Team Rosberg’, which competes in DTM.

Having been involved heavily in sustainability, Rosberg joining the Extreme E series is a no-brainer. “We are thrilled to unveil Rosberg Xtreme Racing as the latest addition to Extreme E,” he said. “The series represents an amazing opportunity to not only drive awareness but also inspire action in the fight against climate change – the single biggest threat to our planet today.

“Since retiring from F1 I have dedicated my career to sustainable technologies so to be able to combine these endeavours with my passion for racing is incredibly fulfilling.” At the same time, Alejandro Agag, added: “We are ecstatic to finally announce that Rosberg Xtreme Racing will be joining our line-up for the first season of Extreme E.

“We have been talking about this project for many months and we are thrilled he has chosen Extreme E for his formal return to motorsport as Founder and CEO of his own racing team. There is clearly a great synergy between Nico’s endeavours in the sustainability field and the aims of Extreme E so his team is a hugely welcomed addition to the series.”

I’m proud to announce the launch of my own racing team: Rosberg Xtreme Racing ⚡ Follow @rosbergxracing & #RXR for all updates✌️ Joining the new @ExtremeELive series we are committed to using our platform to draw attention to the increasing effects of environmental damages 🌎 pic.twitter.com/SEL2D1MWj2