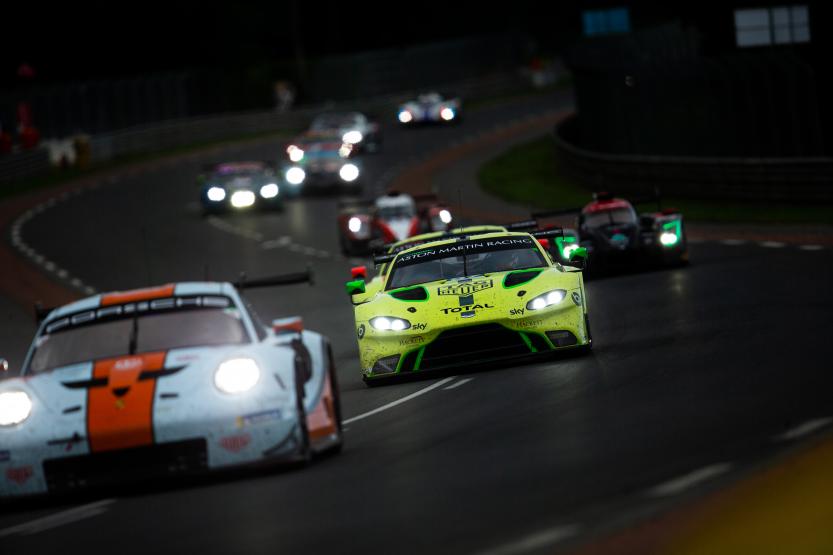 The ACO has revealed the names of the remaining 18 teams to compete in FIA World Endurance’s Le Mans 24 Hours race’s 2019 edition.

The initial entry list revealed last month consisted of 42 teams from the total of 60 to enter the 2019 edition of Le Mans 24 Hours race, with majority of the WEC teams named along with certain outfits from the European Le Mans Series.

The remaining 18 names has been released by the ACO with teams from Asian Le Mans series included in the list – all the additions have been made in the LMP2, LMGTE Pro and LMTGE Am classes. The organisers have revealed 10 reserve teams as well.

The LMGTE Pro class sees the addition of two cars of Crovette Racing, Ford Chip Ganassi Racing and Porsche GT Team, while Risi Competizione will field a Ferrari. At the same time, the Am class will see three Ferraris by Spirit of Race, Kessel Racing and CarGuy Racing.

The LMGTE Am class has a second car for Team Project 1 (Porsche) and TF Sport Red River Sport (Aston Martin Vantage) and the sole Porsche of Ebimotors. Aside these, no other entries feature for the LMP1 and the LMGTE Pro classes.

UPDATE: Following the announcement made on March 1 naming the final list of teams, the organisers has an update regarding the LMGTE Am class entry, the #55 Spirit of Race Ferrari, which has pulled out from the event.

As per the order of the reserve list, French team #30 Duqueine Engineering has been awarded a place for the Le Mans 24 Hours race in the LMP2 category. The change sees the total GTE teams fall down to 17, while LMP2 goes up to 18.

UPDATE: In another update on April 16, the organisers added two more LMP2 teams for the Le Mans 24 Hours with United Autosports and High Class Racing from ELMS joining with the LMP2 category moving up to 20 teams in all and the total going to 62.

“In February, the selection committee faced a harder task than it has in many years.” said ACO’s Pierre Fillon. “There were 75 applications – all of a high standard – and it was particularly difficult to choose 60, ‘only’ 60 of them should I say.

“We quickly came to the conclusion that we had to find a way to accept additional competitors, and our team here at the ACO confirmed the feasibility of adding two garages to the pit lane.

“We got to work and are overjoyed to be able to welcome 62 entrants for the 2019 24 Hours of Le Mans. It’s a record number and a sign that this race is as popular as ever.” The two teams will also compete in 6 Hours of Spa-Francorchamps.

Full list of the 60 cars with the teams and drivers entered so far.