In a big news, Red Bull has suspended its junior driver Vips from all of the team duties with immediate effect after the Estonian was allegedly found to have used racist language and behaviour where videos emerged of the same on the social media.

While we cannot share those videos but it is linked to a Twitch stream involving Vips and Liam Lawson, where the Estonian was found to be using language not in conformity of the organisation. Red Bull is currently investigating the matter.

Vips was involved with the team as a test and reserve driver, where he undertook a FP1 session as well earlier in the season. But for now, he is not to do any of those until the investigation is complete. There is no word on Lawson’s involvement.

Vips is one of the five junior drivers racing in F2 this year with Lawson, Jehan Daruvala, Dennis Hauger and Ayumu Iwasa being the others. The Kiwi is likely to test for AlphaTauri, while the Indian is currently testing with McLaren at Silverstone.

Following the statement from Red Bull, Vips has taken to Instagram to apologise for the offensive language he used during the Twitch stream. 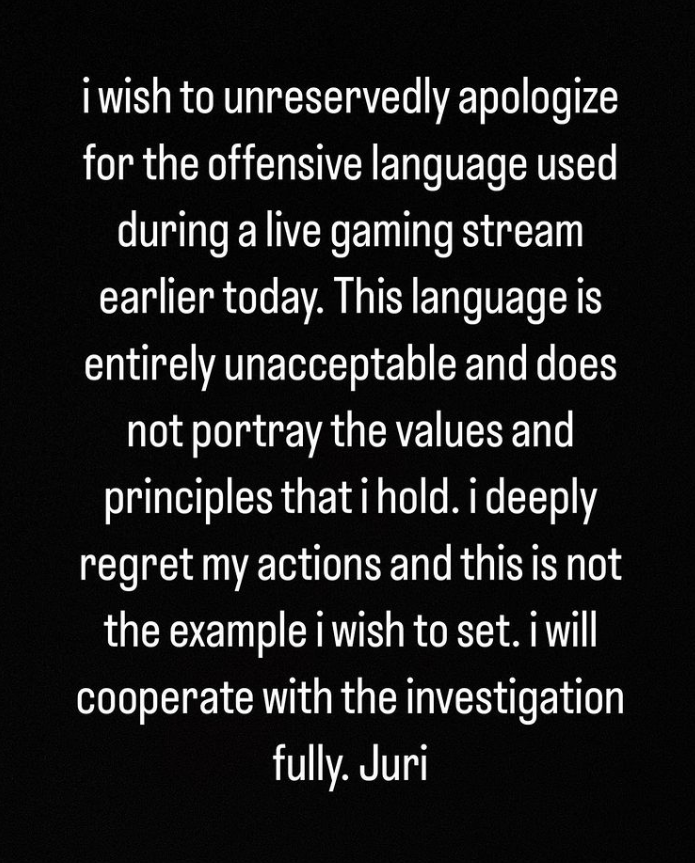