Red Bull has used its right to review option for the F1 British GP incident, as the FIA stewards has summoned both the team representatives in Hungarian GP.

Even though Hamilton was handed a time penalty by the FIA stewards, Horner and Red Bull were not impressed, as the British driver still managed to win the grand prix. They will be pressing for a larger penalty, but only if the stewards deem it so.

The team representatives will meet via video conferencing on Thursday (July 29) at 16:00 CEST, after Red Bull issued the right to review on July 23. The summon will not necessarily end up in further investigation and a larger penalty, though.

The stewards will look into fresh arguments from both Red Bull and Mercedes, and only if there is new evidence to suggest bigger trouble, they will push through for proper investigation and a subsequent penalty. 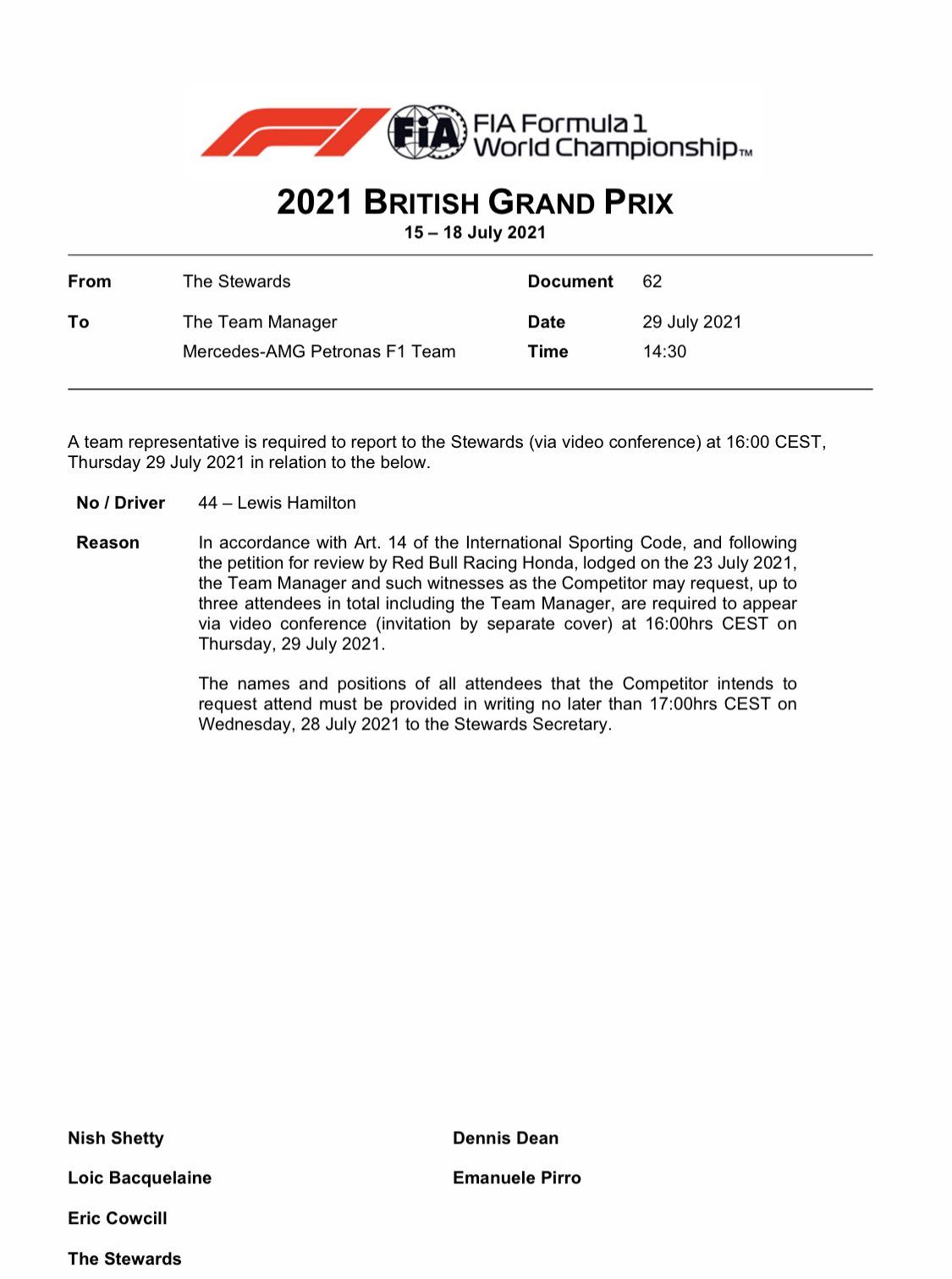