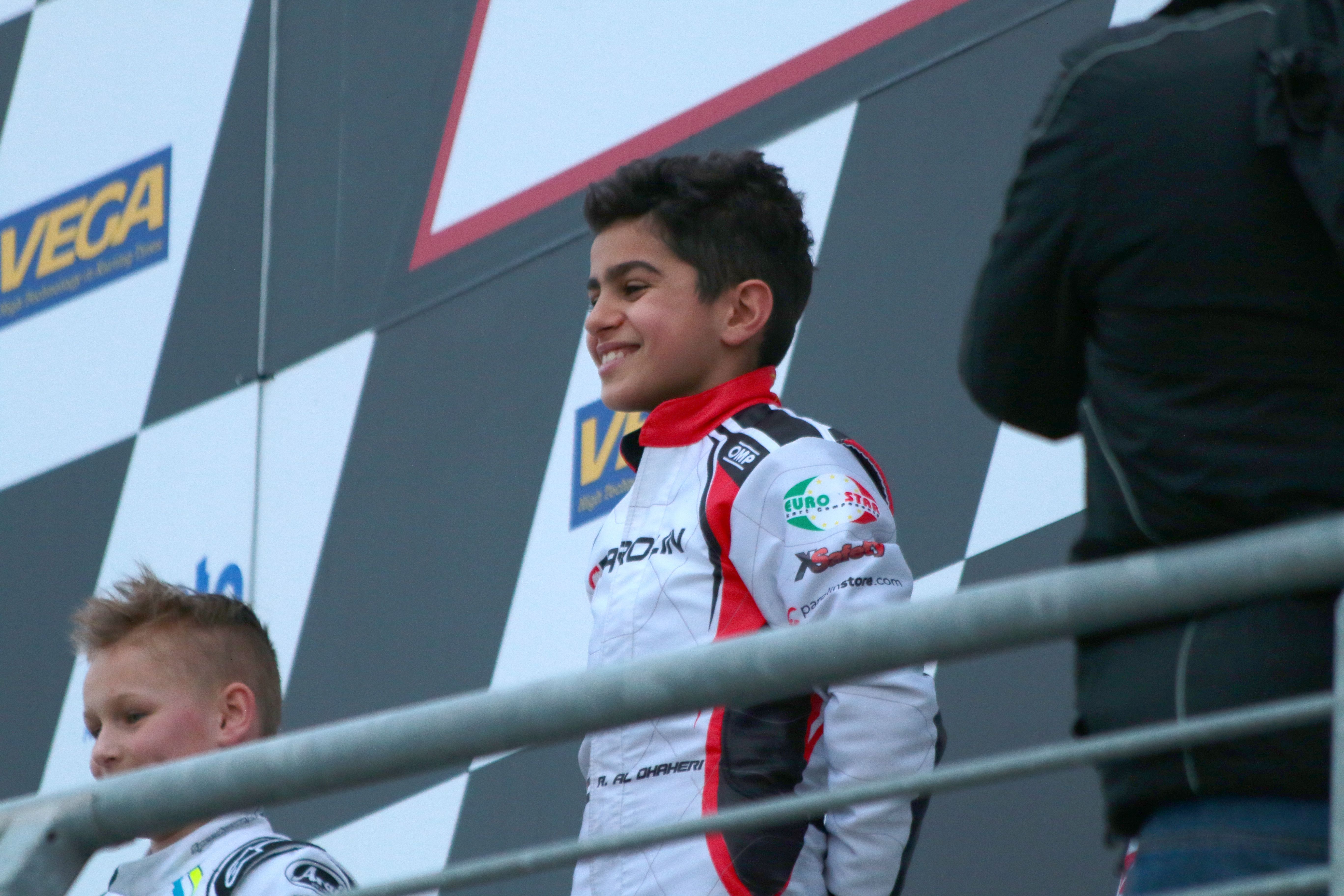 Rashid Al Dhaheri ran sensationally last weekend during the Mini category final at Adria Karting Raceway. The Parolin driver had no opposition and imposed his pace to win the first race of the WSK Super Master Series. Baby Race karts of Eyckmans and Popov completed the podium.

In the prefinal A, Kirill Kustkov (Energy Corse) continued his dominance on the Italian track with an easy victory, leading a triplet for Energy Corse team with Alex Powell second and Dimitry Matveev third.

In the final B, the Italian Andrea Filaferro, who won the WSK Champions Cup last week, did an spectacular comeback of 29 positions to lead the 1-2 for Newman Motorsport with the Bulgarian Nikola Tsolov in second place. The Hungarian Daniel Krausz (CCK Cocktail Sport) finished third.

The final only had one protagonist, Rashid Al Dhaheri (Parolin Racing Kart). The Parolin driver had no rival and easily won with a hard race pace and won by 3 seconds ahead of Ean Eyckmans.

The Belgian managed to finish in second position after a very close fight during the last lap with Dimitry Matveev (Energy Corse). However, a post-race penalty for Matveev allowed Maksimilian Popov (Baby Race Driver Academy) to climb to the last step of the podium.