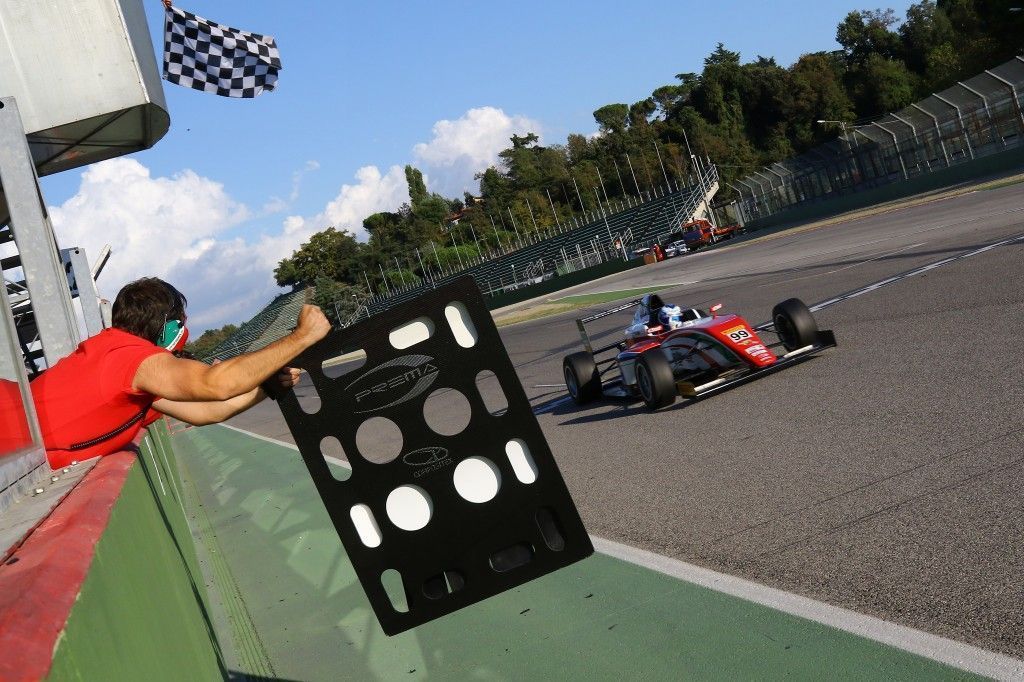 After he dominated the Italian F4 championship in 2015, the 17 years old Estonian driver steps up to the European Formula 3 championship for 2015.

Aron signed with Prema Powerteam, the same team he raced for last season in the Italian Formula 4 championship and also in the ADAC championship during the first half of the season.

“I am very happy to make the step from Formula 4 to Formula 3 and especially with Prema. We had a fantastic season together and I am grateful for the opportunity.”

“Continuing our relationship with Aron really seemed like a logical choice for us. […] I was really curious to see him behind the wheel of our F.3 machinery. […] It felt just right to welcome him to our Formula 3 operation and line-up together for a new challenge in 2016.”

By joining Prema Powerteam, the outfit that won the team’s title for the third year in a row especially with Rosenqvist, Dennis and Stroll last year, Aron is expected to be one of the best rookies next season and he also might have a go at the overall championship.