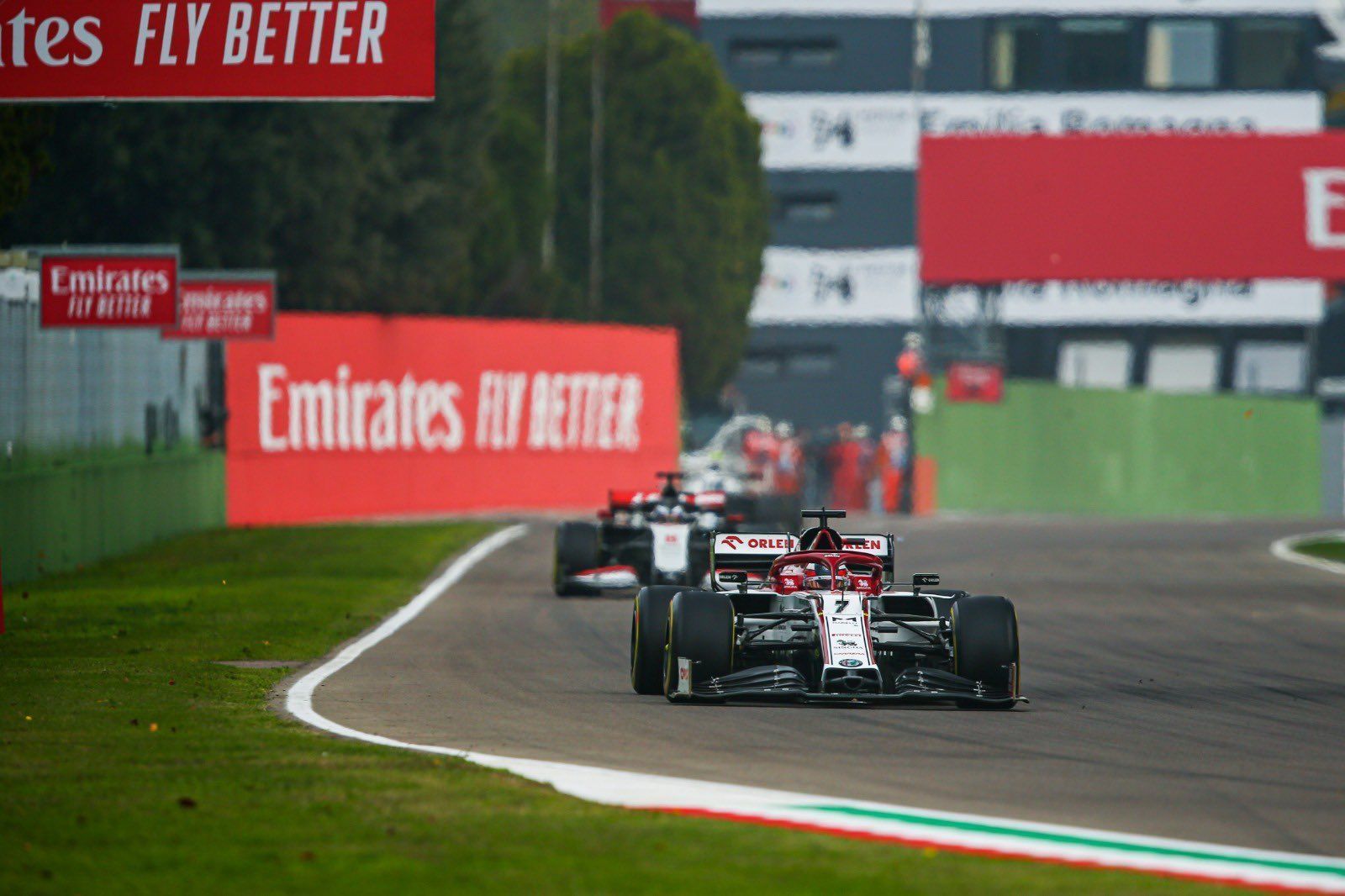 Kimi Raikkonen thought Alfa Romeo could have been slightly more patient in F1 Emilia Romagna GP but is unsure if it would had a different result.

Raikkonen was forced to pit on Lap 48 in F1 Emilia Romagna GP, as the Finn’s medium tyres wore dramatically in the dying stages of his stint. Immediately after his pit stop, a safety car was called as Max Verstappen found himself stricken in the gravel traps.

His rivals were granted the opportunity to pit under the safety car conditions, which meant an advantage of a pit stop while their competitors – including Raikkonen – trundle around at a lowered speed, the Finn’s strategy was hurt by this untimely complication.

For this reason, Raikkonen said that that Alfa Romeo should have been more patient with their decision, perhaps more conscious of the likelihood of some form of incidence in the laps that followed as well – but he was unsure if that would have changed much.

“We knew we could make the tyres last so to run as long as we could was the plan all along,” said Raikkonen. “We pitted when we did and the Safety Car came out soon after, which is obviously a bit frustrating, but I don’t know if it would have made much of a difference.

“We got points in the end and as I said, I don’t think it would have changed a whole lot if we had stayed out, I think you save like 30 seconds or something, so in the position we were in, maybe, we should have had more patience and seen what happened.

“In the end, we had good race pace and we were able to be in the right place to gain from the opportunities that arose,” he said, having come a nonetheless impressive ninth. Raikkonen found his pace promising, it being such that he was able to maintain the pace of the Ferrari factory team – even if it took extra effort to do so.

“It’s not too bad in the race – I could kind of hang on with the Ferraris, [but] they were a little bit faster. We are a bit on the edge all the time, so [we need] a little bit more speed.” Behind Raikkonen in 10th was his teammate Giovinazzi, whose strong start was assisted by good strategy, and certainly some good fortune.

“Again I think it was a really good first lap – I gained a lot of positions there,” said Giovinazzi. “Strategy was right, and the safety car was difficult with the mediums in the cold conditions but [I’m] really happy.

“We pushed quite a lot at the beginning of the race with the soft and then we changed to medium, pushing until the end and also with Kimi scoring, it was a great result for Alfa Romeo. We did the maximum we could, and it was a good race to celebrate the renewal of the contract.”